For many years, each March would bring a new AVO limited edition. The series began in 2001 with the AVO Limited Edition 75, celebrating brand’s founder Avo Uvezian’s 75th birthday. Since then, the brand, part of the Oettinger Davidoff AG family, released limited editions in all shapes, sizes and strengths each March usually coinciding with a series of events with Uvezian in attendance.

That all changed last year when the brand unveiled a massive makeover of its regular production portfolio, as well as a new series known as Classic Covers. The first release of Classic Covers debuted last April, somewhat coinciding with Uvezian’s 89th birthday, though Davidoff of Geneva USA clarified that Classic Covers was not simply a rebranded version of the AVO birthday series.

At the 2015 IPCPR Convention & Trade Show in July, that became clear when the company showed off the second release in the series, a release probably best known for its packaging: a circular box designed to look like a record. But for 2016—Uvezian’s 90th birthday—the birthday theme returned. 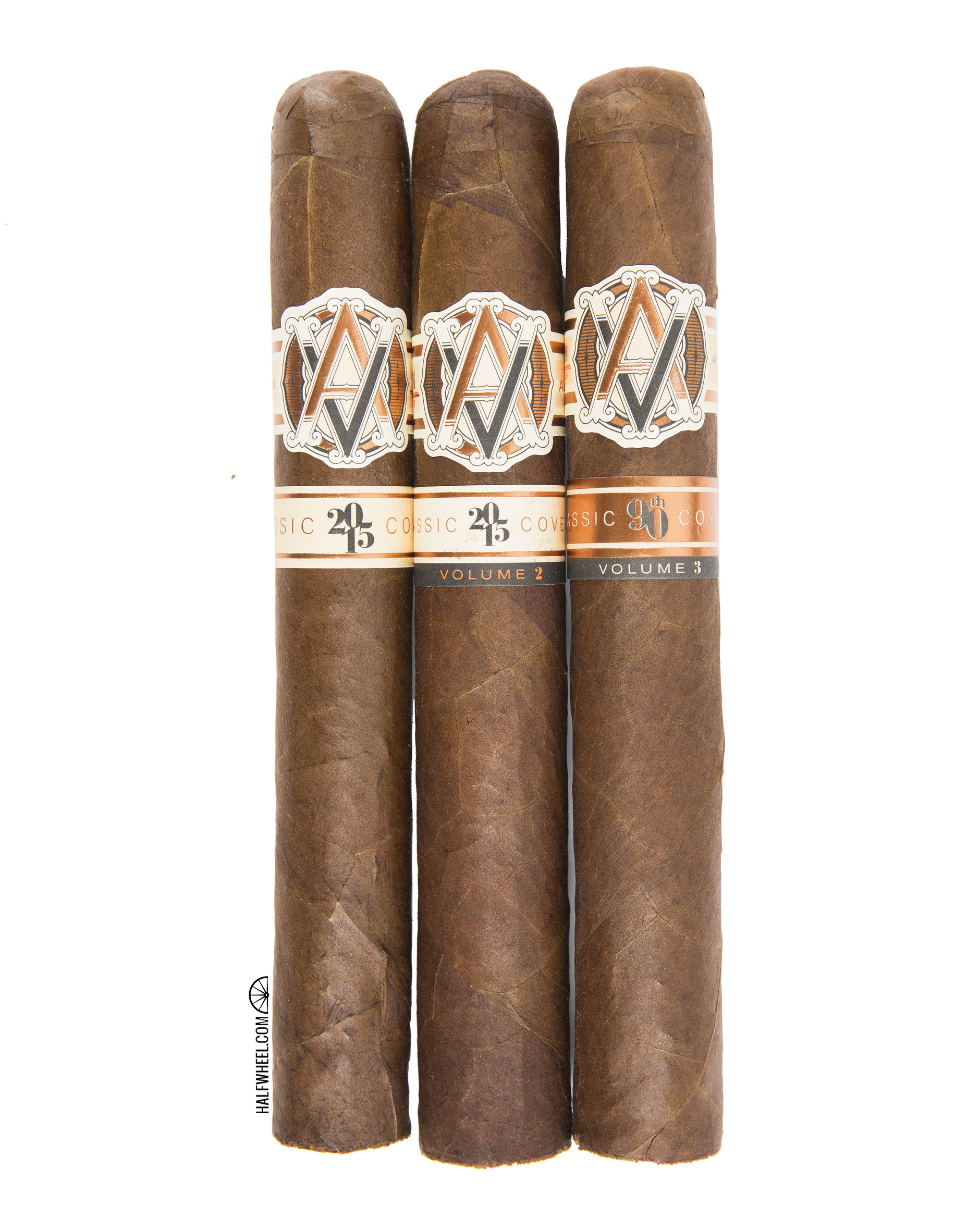 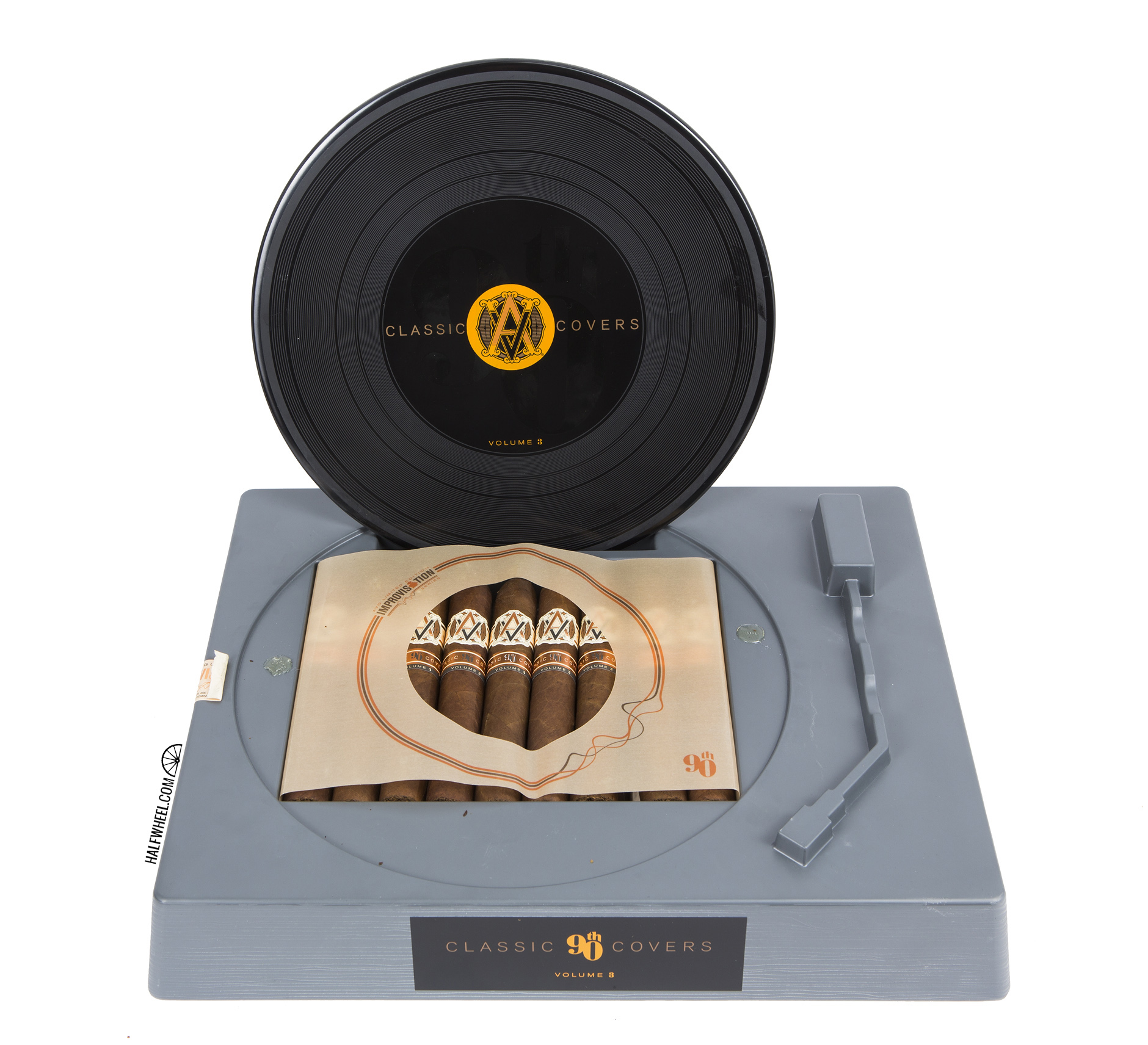 If the Classic Covers Volume 2 was known for looking like a record, Volume 3 is the record player. Because that’s what the box is designed to look like. The cigars are packaged in boxes of 18 that not only mimics a record player, but also serves as an ashtray once the cigars are removed. It looks like an AVO. There’s a deep, vibrant mud-like color with some slight variation in color. While the seams are near flawless, there are quite a few noticeable veins. Aroma out of the cellophane is leather, oatmeal cookie and some hickory barbecue. From the foot, there’s hickory, chocolate and a dominating oatmeal cookies. The dessert-like flavors continue to the cold draw of the AVO which has a defined chocolate chip cookie dough ice cream over some other indiscernible flavors.

Upon lighting the second cigar, it becomes clear there are at least two different profiles going on. One cigar begins with hay, leather and some familiar olor flavors—some identify this as Davidoff’s mushroom signature. Fortunately, that appears to be the exception as the other two samples begin quite differently with a toasty burnt cocoa flavor and some campfire-like woods. There’s not a ton of smoke in the mouth for the first handful of puffs in Classic Covers Volume 3, but it eventually picks up. The draw tightens up, which helps the smoke production. There’s still touches of olor, but the flavor isn’t my issue, it’s the dryness of the blend. There’s a ton of toastiness which masks almost everything behind it, when pushed, I can pick up grassy, hay and hazelnuts. Strength is medium-plus while body and flavor is medium-full. Into the second third of the AVO 90th Classic Covers Volume 3 and there are some changes. For a bit, there’s some generic fruit sweetness and black pepper. While the latter remains, the fruit gives way to a bizarre mixture of yellow mustard and bread. Unfortunately, the toastiness continues to overwhelm a lot of what could be underneath things. There’s a peanut butter cookie-like flavor on the finish, something that might be just my brain trying to discern a sweet and dry flavor. Construction remains much the same as does both the strength in body. 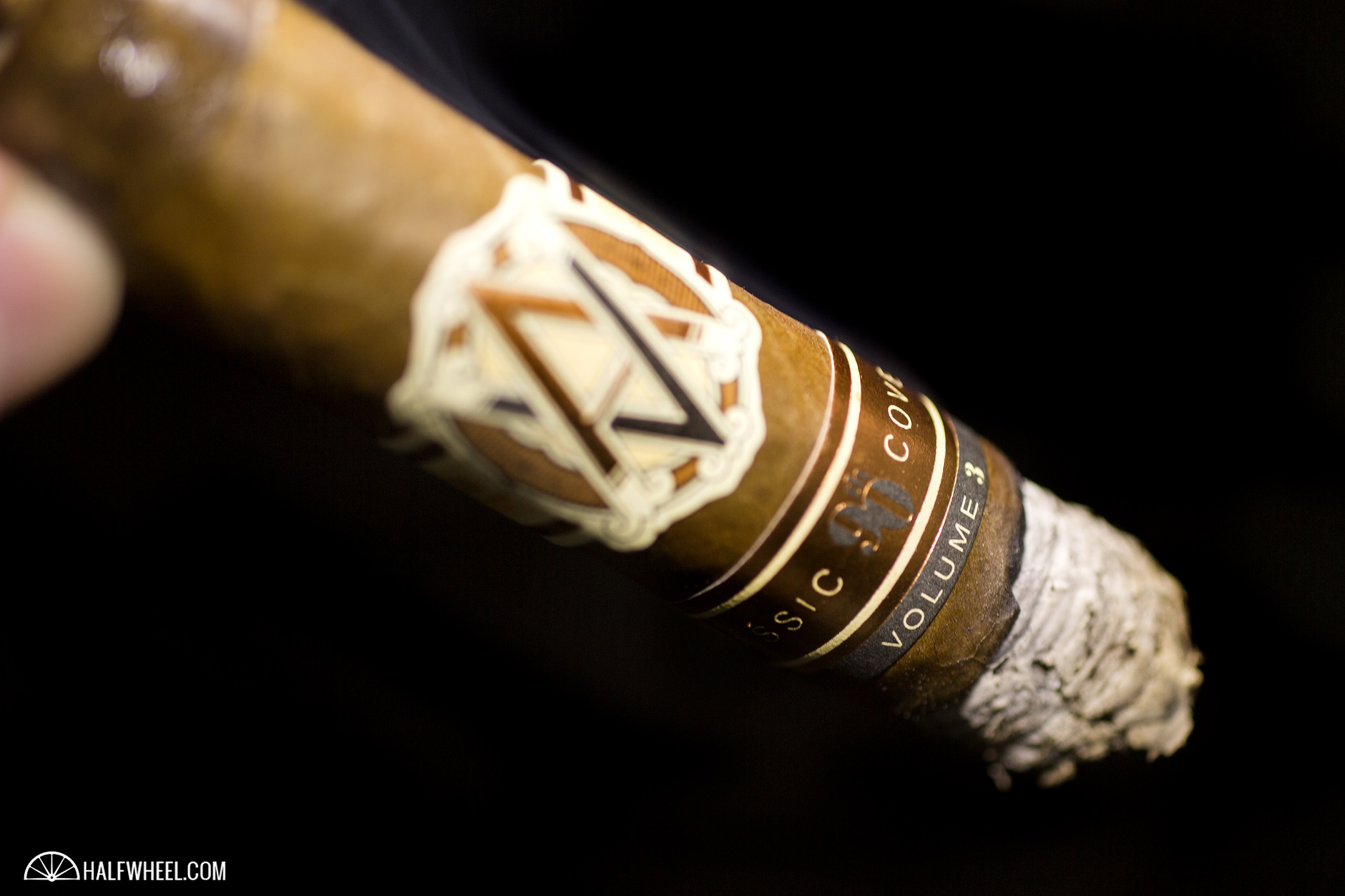 The final third of the AVO continues the toasty theme, now more charcoal-like. There’s far more flavors breaking through, but it still requires quite a bit of work to find them. There’s some lemon, black tea, nuttiness, creaminess and hay with a medium black pepper all over the tongue. unfortunately, the profile remains quite dry. I’m able to nub the cigar down pretty far with the pepper remaining at rather pleasant levels, but after two hours and 15 minutes I’ve had enough and need lots more water. I am fairly certain the second sample smoked was rolled with too much olor as it was oftentimes dominated by what I would describe as typical olor flavors. As for the other two cigars, they were as dominated by as much toastiness as I’ve ever experienced. There were other notes behind the massive amount of toasty flavors in both the tongue and nose, but they were a challenge to find. Between the excessive amounts of toastiness and dryness, this isn’t something I plan on revisiting for at least a few years.