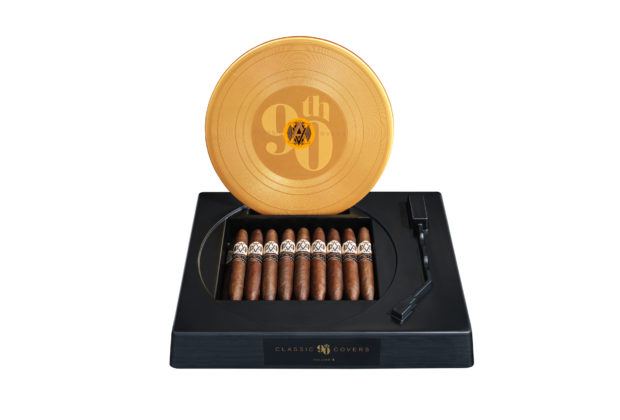 Tomorrow, Davidoff of Geneva USA will show off the latest AVO Classic Covers.

The AVO 90th Classic Covers Volume 4 is a 6 x 50/54 perfecto, the same size of Domaine <50>, and comes in packaging that is familiar, another record players.

The packaging is based on the AVO Classic Covers Volume 3.

“I am elated to share such a remarkable new release in celebration of my 90th with friends throughout the world,” said Avo Uvezian in a press release. “90 years may seem like a lot to most people, however, if you listen to your own beat, play your own melodies, and savor every note along the way, another 90 would be just fine with me.”

There will be 2,000 boxes of 18 produced with suggested retail pricing of $17.90 per cigar. The company says it will launch in October.