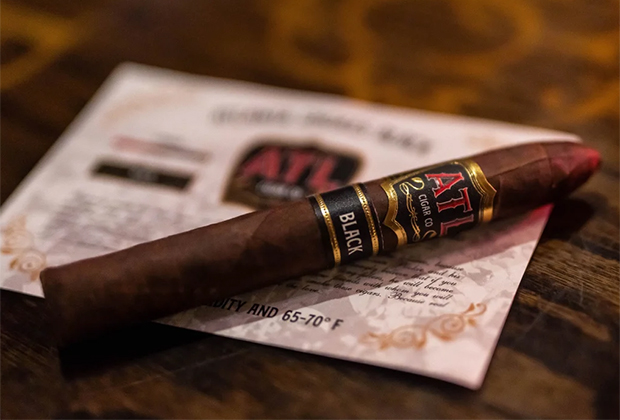 ATL Cigar Co.’s Black has a new blend, a new size and a new factory producing it.

The company has moved production to Tabacalera Pichardo, best known as the factory that produces ACE Prime’s cigars and has been home to a number of cigars from Crowned Heads. The line uses a Mexican San Andrés wrapper, while the binder comes from Masaya, a region in Nicaragua known for its volcanic soil, The filler comes from Nicaragua’s Estelí, Jalapa and Pueblo Nuevo regions.

“We’ve always loved the blend of the ATL Black, so when we brought it to Luciano (Meirelles) at ACE Prime, we didn’t want to lose the combination of ‘fuerte’ and ‘suave’ which we felt is more unique in our Maduro,” said Leroy Lamar of ATL Cigar Co. “Not only did Luciano retain the essence of what makes the ATL Black so special, he deepened it in a way that only he can. So for our customers, this will be the ATL Black they love, only better.”