While many companies create new blends as exclusive releases for retail members of the Tobacconists’ Association of America (TAA), Asylum took an easy way out this year.

And a smart one.

Rather than trying to come up with a new blend or ship a new blend to TAA retailers ahead of a national release, the company took one of its most popular cigars and box-pressed it. The Asylum 13 70 x 7 Box-Pressed’s name covers the basics; it’s a box-pressed version of the company’s Asylum 13 blend, which is a Nicaraguan puro capped off by a habano wrapper.

Pricing is set at $8.15, the same as the regular version of the cigar, and it comes in massive boxes of 30.

It shipped to TAA retailers in April, one of nine new exclusives made for the organization, which is comprised of about 80 retailers who meet each year to discuss trends and issues facing the industry, as well as host a trade show. In recent years, many manufacturers have produced exclusive cigars for the retail members with the understanding that a portion of sales will be donated back to the organization. 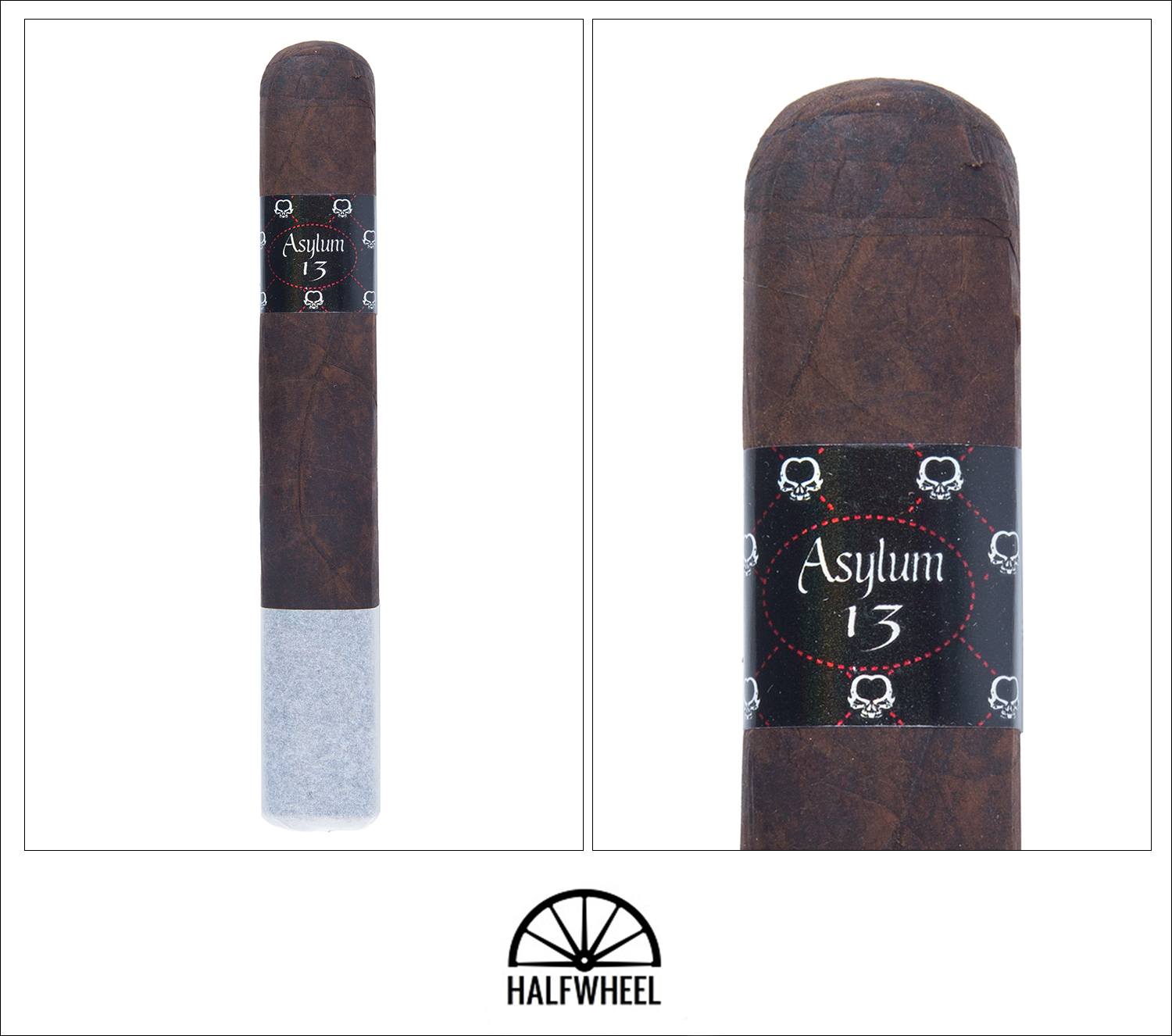 Pour out another one for my largest cigar pet peeve: foot bands. I think this would have been a great place to put a TAA logo, given that there is no way to tell this cigar is an exclusive for the organization, but instead it’s blank. Otherwise, it looks like any other Asylum 13 with a chocolate-bar colored wrapper. It’s a semi-aggressive box-press meaning it’s rectangular, albeit not to the levels of something like a Java. Aroma off the wrapper is medium with leather, candied cranberries and some floral sensations. There’s a ton of Spanish cedar on the foot, joined by nutmeg and floral aromas. I’ll admit, taking a cold draw leads me to wonder why I assigned this cigar to myself for review, but nonetheless the flavor is decent: lamb meatiness, dry peanuts and some white pepper.

It begins rather mild, which I suspect is by design. There’s some unoffensive woodiness, dry peanuts and touches of cinnamon. The flavor picks up a bit in terms of intensity, but it never gets beyond a medium-plus. The Asylum 13 70 x 7 Box-Pressed presents a generic woody core with hay, some cinnamon, coffee bean and green apple skin. Construction is good with a notably impressive ash, good—albeit not great—smoke production and an easy draw. Body is medium and strength is mild-medium. 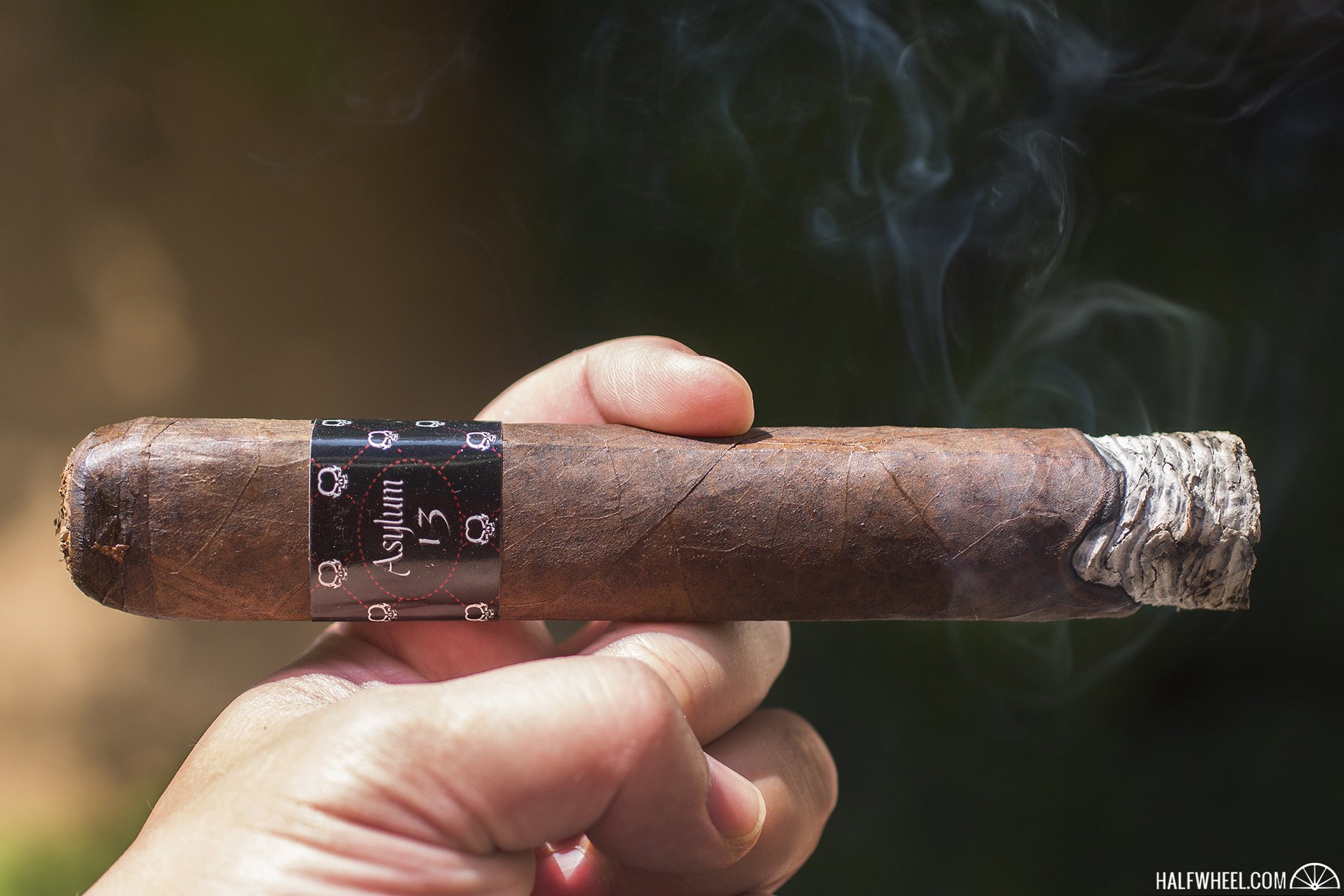 While the woody core is still there, there’s some nice accents thanks to a Lay’s potato chip-like salty potato flavor. If I’m not taking notes, I’d be liable to suggest the Lay’s flavor is the dominant one, but that’s somewhat of an illusion and likely due in part to the extended amounts of woodiness I’ve been tasting for the last two hours. Behind that is some earthiness, a raspberry tea that reminds me distinctly of Brisk, and mild white pepper. One sample needs a touch-up to correct an uneven draw, though despite that burn problem, there’s still an incredible ash length. Flavor picks up to medium-full, though that seems to be retreating as the final third approaches, body is medium-plus and strength remains mild-medium. 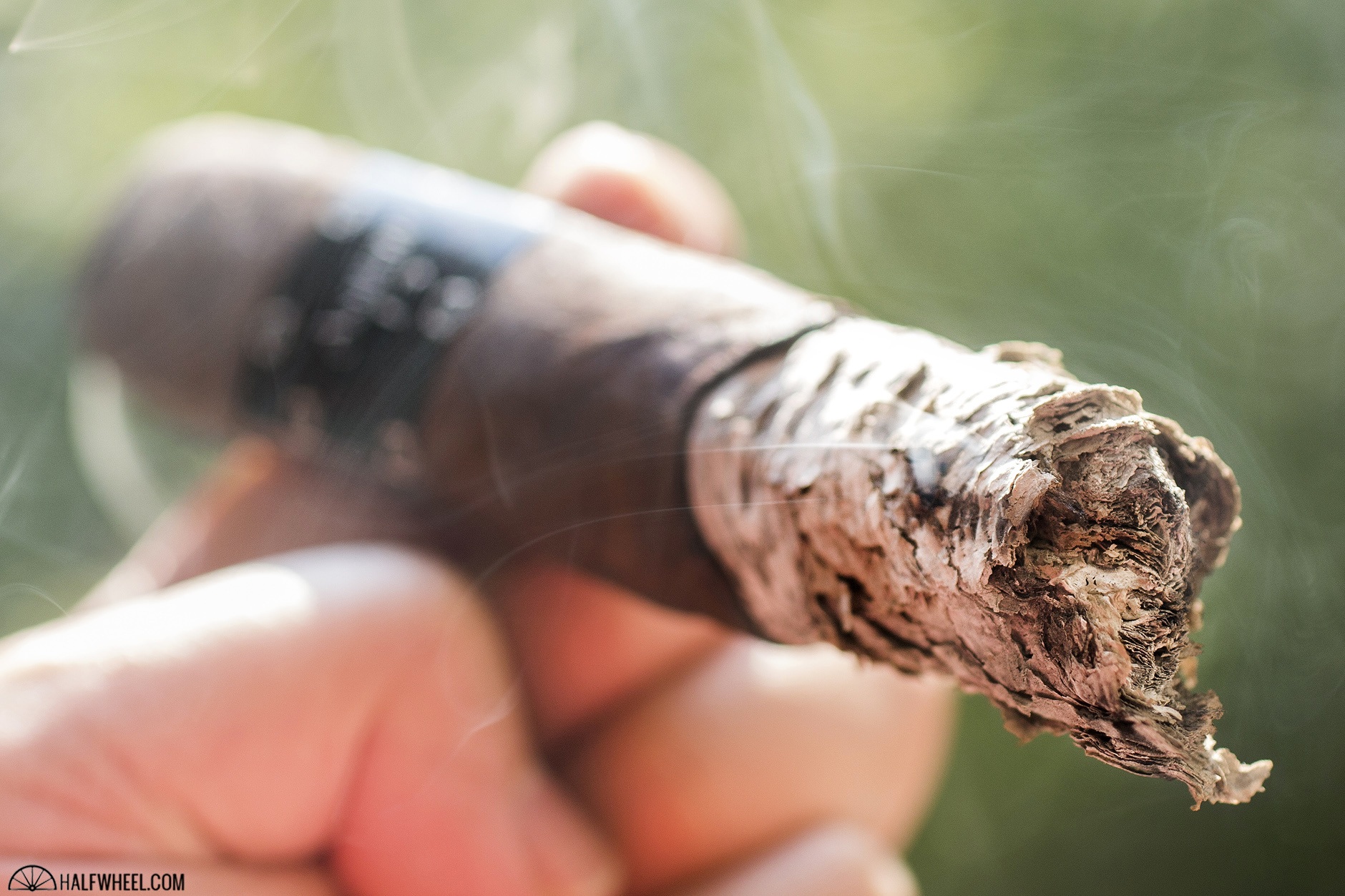 The woodiness has finally faded and now it’s clear the potato chip note is the dominant one. Beyond that the Asylum 13 70 x 7 Box-Pressed has a kosher salt crystal flavor on the top of the mouth and front of the tongue, a sweet grape soda-like flavor has emerged the nose alongside some nutmeg and creaminess. Towards the end, black pepper is emerging from various parts of the back of the tongue. Somewhat surprisingly the flavor holds to medium-full while strength picks up to medium and body is medium-plus. 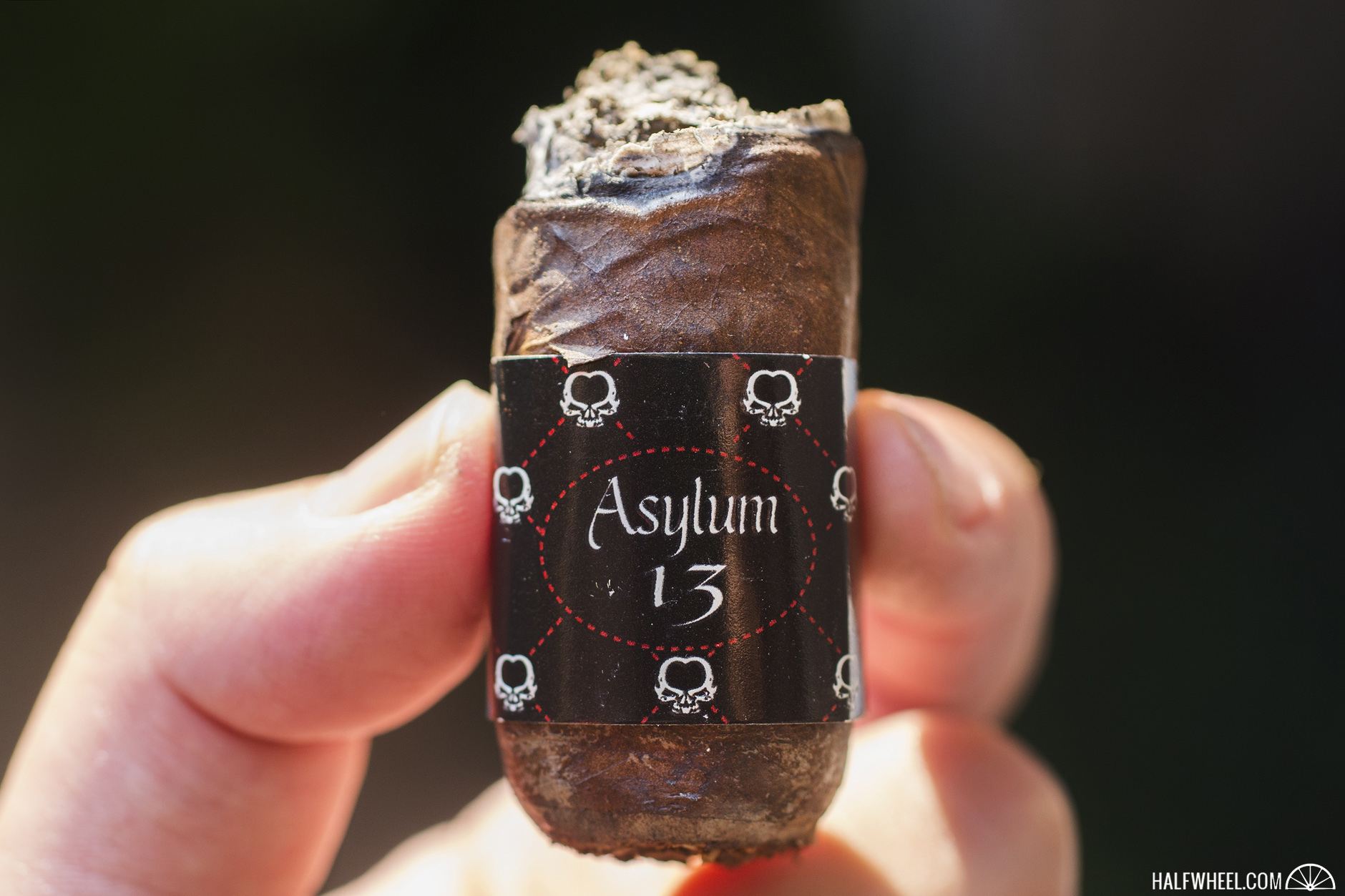 While I hate the format, I don’t hate the cigar itself. The Asylum 13 70 x 7 Box-Pressed is a massive cigar that certainly has some places where it might ideal, it’s not my idea of an enjoyable experience. Between the girth and the physical length and the time required smoking, it’s just a bit much for my preferred cigar smoking, but it is by no means a bad cigar. I was surprised by its medium profile and the fair amount of complexities, which certainly made this a much better experience than it could have been. At less than $8.50 this is one of the best values in the cigar world; you just have to be willing to take on its size.