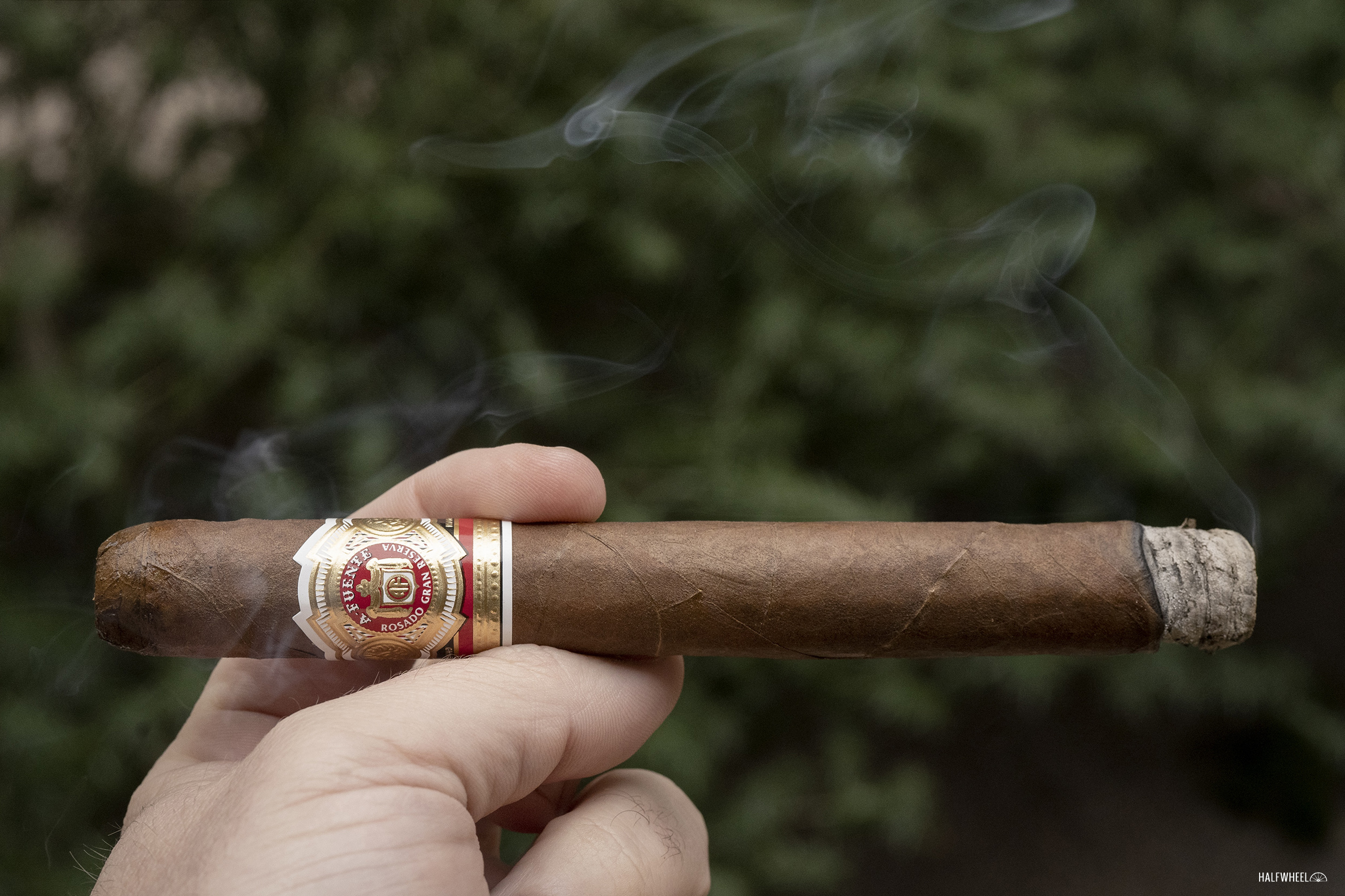 Fuente is certainly an admirable company, having reached seemingly global prominence and some of the highest levels of exclusivity and desirability while still remaining present in seemingly every retail humidor in the U.S. Almost regardless of where you are, a Fuente cigar is seemingly never that far away.

As is the norm, a few weeks before this review was published, a notification showed up on my phone and computer that I had a cigar to review, one with a fairly interesting name: the Arturo Fuente Naked Kings. For a company that had previously released—sort of—the OpusX PJ, my imagination began to run a bit wild.

But what showed up in my mailbox not long after was anything but salacious, or even suspicious. The name reminded me of the Arturo Fuente King T Rosado, which I happened to review in May 2012. Yet the cigars looked much like the company’s Magnum R line, wearing that line’s red and gold Rosado Gran Reserva line band.

At first, some more notable retailers listed this as a King T releases without the tubo, hence the naked part. But Liana Fuente told halfwheel they are not only a different blend, but the first release of a new blend. Specifically:

It is a first time release blend with Corojo wrapper 6 7/8 by 49. Cigars were made in early 2019 and released as part of our Support Local Initiative. It’s the first of a new series with a hint of a new tobacco Arturo Fuente has never released before. Sorry that is all I can say.

Our “Support Local” program was designed to focus on Brick & Mortar retail stores. Special releases such as Rare Pink, Forbidden X, and the Father and Son cutter, as well as the wholesale section of our Fuente Merchandise Online Store, are all recent examples of this meaningful program.

They shipped to retailers in Fuente-branded Boveda bags of 10 with an MSRP of $95 per pack. For having the word naked in its name, the Arturo Fuente Naked Kings is decently dressed, wearing the standard Fuente Rosado Gran Reserva primary band as well as a red ribbon for a foot band. I’m not totally sure this is intentional but the cigar has a bit of a press to it and as such has a slightly oval shape. As for the wrapper leaf, there are moments I look at it and think I catch a more rosado hue to it, with a bit of red seeming to emerge, yet when I look at it straight on, I don’t see it quite as vividly. That said, it is still a very good looking wrapper leaf with a color that reminds me a bit of reddish jerky, evenly colored with a nice sheen that translates into a bit of oiliness on the fingers, some toothiness and a decent vein structure. The foot delivers a light, slightly sweet aroma of cherries, slightly damp soil and woods, the latter of which remind me a bit of the Pacific Northwest even though they’re not particularly bold or direct, and the combination more of an ambient smell than anything. The cold draw is a bit more forward, with the same combination of cherries and woods quickly followed by a dry tobacco flavor and a touch of pepper. It’s not as damp but feels just a bit juicier overall.

The Arturo Fuente Naked Kings starts with the same kind of profile that I remember from the Arturo Fuente Rosado Sungrown Magnum R 44, which I always considered the standout of that line as well as a favorite in the Fuente portfolio on the whole. It’s slightly sweet, a bit woody, a touch tangy, and with some light pepper on the finish, a combination that is very enjoyable and an easy start to the cigar. There continues to be an underlying fruit sweetness that just barely whispers into the profile, sometimes cherries and other times a red apple flavor, but either way something worth listening for. Retrohales meanwhile are more vocal with pepper and fairly full-bodied smoke. As the first third progresses, it gets a bit smokier and more peppery, both of which nudge the sweetness and woodiness out of the way, or at least give the latter a bit of char from time to time. One cigar is appreciably creamier than the others, and the result is definitely positive. By the time the first third is complete, the cigar is definitely more wood forward, and almost singularly woody through the nose except for a bit of black pepper. Construction is generally very good with only an occasionally firm draw, but combustion, smoke production and the burn line are all very good. Flavor is medium-plus to medium-full depending on how many retrohales are incorporated, while body and strength are a tick over medium.

The second third of the Arturo Fuente Naked Kings continues with a profile that has slowly turned a bit rougher in texture, with puffs not as smooth as they had been previously. The flavor hasn’t changed much, other than that the fruitiness takes a break until the midway point when it comes back just a bit thicker in texture than it had been earlier. While it doesn’t quite go down the route of smelling like a holiday candle, there is a bit of the same density as I pick up notes of cherry and cranberry. When that aroma dials itself in, the fragrance is very enjoyable and easily the high point of the cigar through the first half. There continues to be a bit of roughness in the profile from time to time, never enough to have me wanting to put the cigar down, but just enough that it does detract from everything else that the cigar has going on. Flavor stays closer to medium-plus for the majority of this section, body is close to that, while strength is medium-plus and seemingly getting stronger, yet doesn’t want to take that next step. The overall profile of the Arturo Fuente Naked Kings hasn’t changed much as the burn line enters the final third, staying in the medium-full range. The one thing that fluctuates is the sweetness and as such the overall complexity of the cigar, and as it was earlier when it’s there the profile is all the better. There also seems to be a bit of creaminess trying to reenter the profile, and again, the end result is all the better. The earthiness is a bit lighter, yet it retains its moistness from earlier. When the roughness subsides, the cigar is quite palate-friendly, though those moments aren’t as plentiful as I would like. A wonderful cedar sweetness emerges in the final inches, a fleeting flavor that leaves the cigar to finish with notes of dry wood and a bit of pepper, both of which are enjoyable if a bit biting on the tip of the tongue. Each of the cigars continues to smoke beautifully, with plenty of smoke production, an even burn line, and very good combustion. Flavor and body finish medium-full, while strength has backed down a tick and finishes closer to medium. 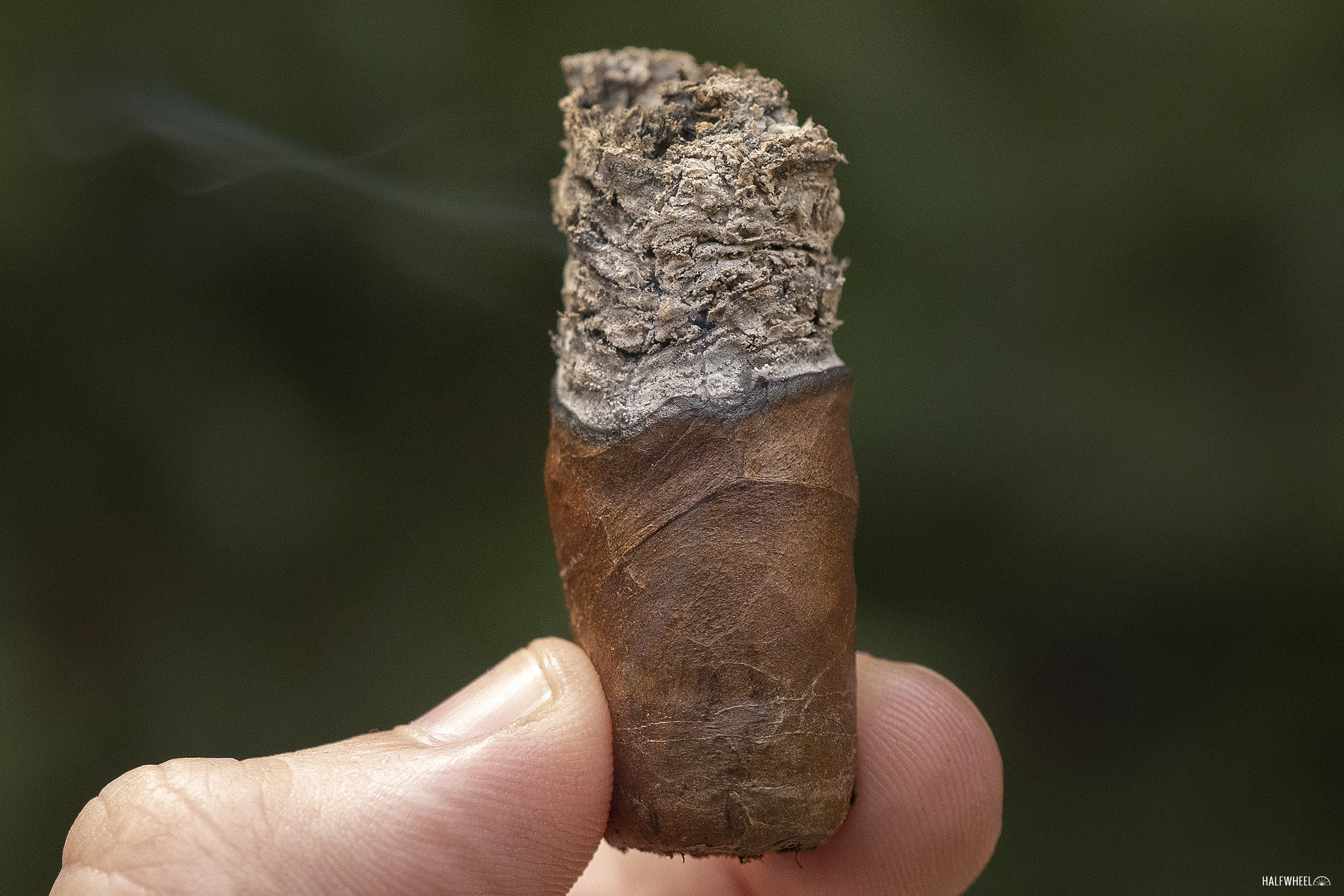 When you get a new Arturo Fuente cigar with a bit of mystery behind it, or some at least some undisclosed details, there is a tendency to over rate things simply because of the cigar's mysterious allure. But with the extensive Fuente portfolio, it's a bit easier to figure out where to slot this in. Is it better than the Magnum R 44? No. Is it better than the original Chateau Fuente King T in the tubo? Yes. Is it better than the Casa Cuba Divine Inspiration? Not by a long shot. This is a blend I'd love to explore in a few more vitolas, or with some slight tweaks, to see what all it might be capable of delivering. If you can find it, I'd certainly suggest grabbing a few as this could be a cigar that turns into something great, and if you're into tracking the lineage of cigars, could certainly make for one to keep in your collection. But that said, I think there might be just a tick more value in having this cigar for what it could be than what it is, so take that for whatever it's worth.