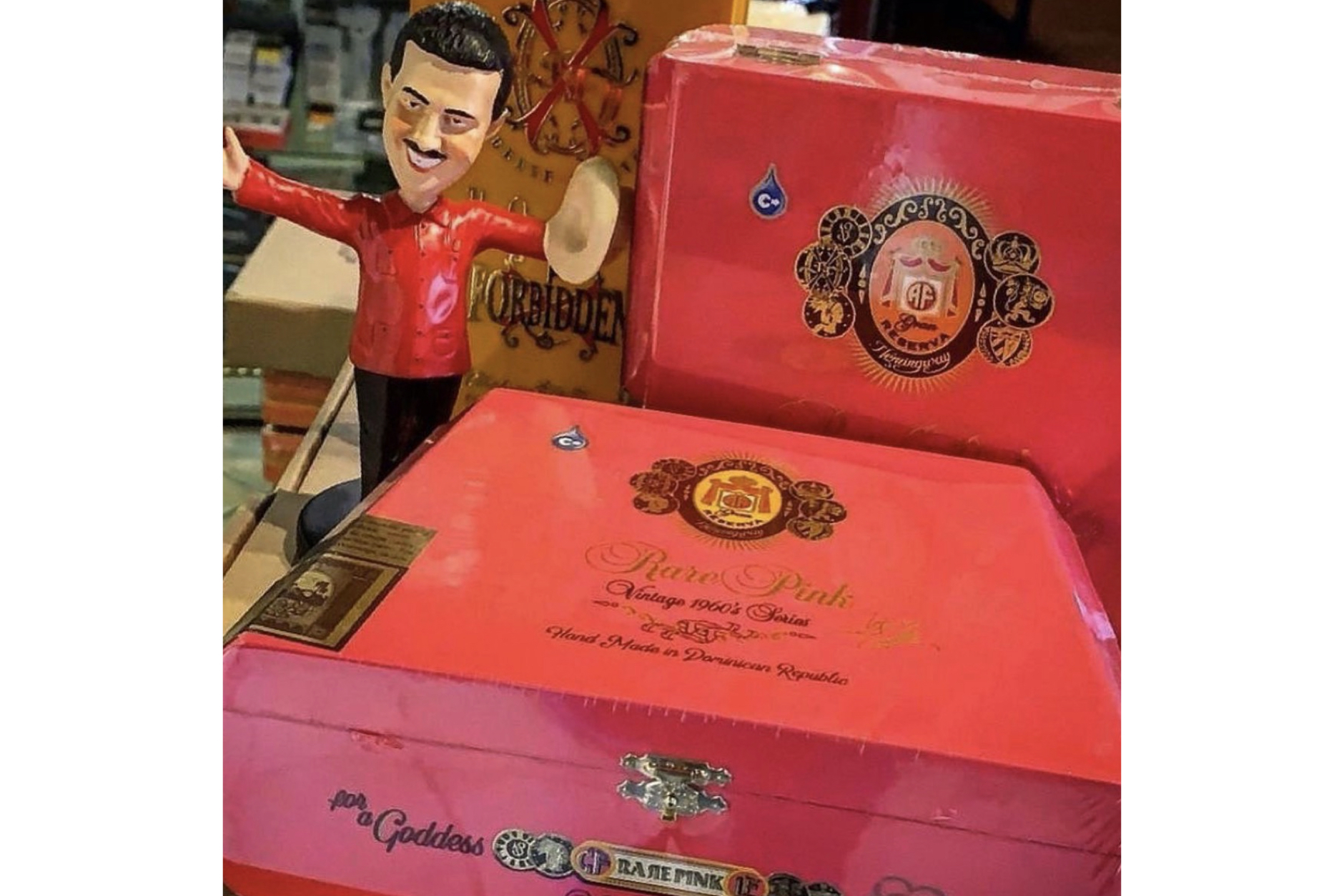 The Arturo Fuente Rare Pinks are off to stores.

Last week, the company began shipping the first four sizes of its much-talked-about Rare Pinks Vintage 1960’s Series. Each cigar is a perfecto shaped size that uses an Ecuadorian wrapper over a mixture of filler blends, including Nicaraguan tobaccos from the Fuente farms in Estelí. The more notable part of the project is that the company is donating $13 for every box sold to The American Cancer Society—Making Strides Against Breast Cancer. Liana Fuente has spearheaded the effort to raise awareness and funds through this project and others, which also included Liana shaving her hair and her father, Carlos “Carlito” Jr., shaving his signature mustache earlier this month.

As for the cigars, there are four sizes shipping now with more planned for the future:

The boxes are a bright pink color and the cigars use a modified version of the Gran Reserva band Arturo Fuente uses for its Hemingway, Añejo and other lines.

Liana Fuente previously told halfwheel the cigars began shipping to retailers last week. They are only going to retailers who are in good standing with Arturo Fuente and also members of the Premium Cigar Association.