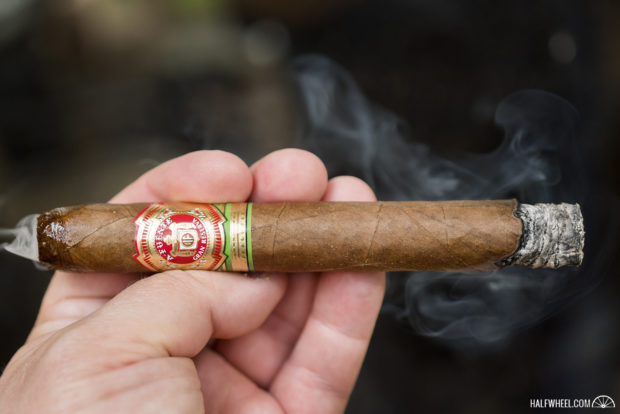 Arturo Fuente has produced a very number of rare cigars over the years, but perhaps one of the most sought after blends by connoisseurs is the 8-5-8 Rosado Sun Grown, a variant of its poplar 8-5-8 blend that incorporates an Ecuadorian rosado sun grown wrapper over a blend of Dominican tobaccos in the filler. The first incarnation was released in 2002 and consisted of only 87 boxes of 50 that were sent out to only 29 retailers nationwide who won a contest from the cigar company.

However, that was not the last time the blend was seen, as another version was released seven years later.

In 2009, when Fuente rereleased an unknown number of the 8-5-8 Rosado Sun Grown cigars, this time in smaller 20-count boxes. Retailers at that year’s IPCPR Convention & Trade Show were able to purchase a variety of special boxes in exchange for purchasing 25 boxes of regular Fuente product. One of those special boxes was a box of 8-5-8 Sun Growns. 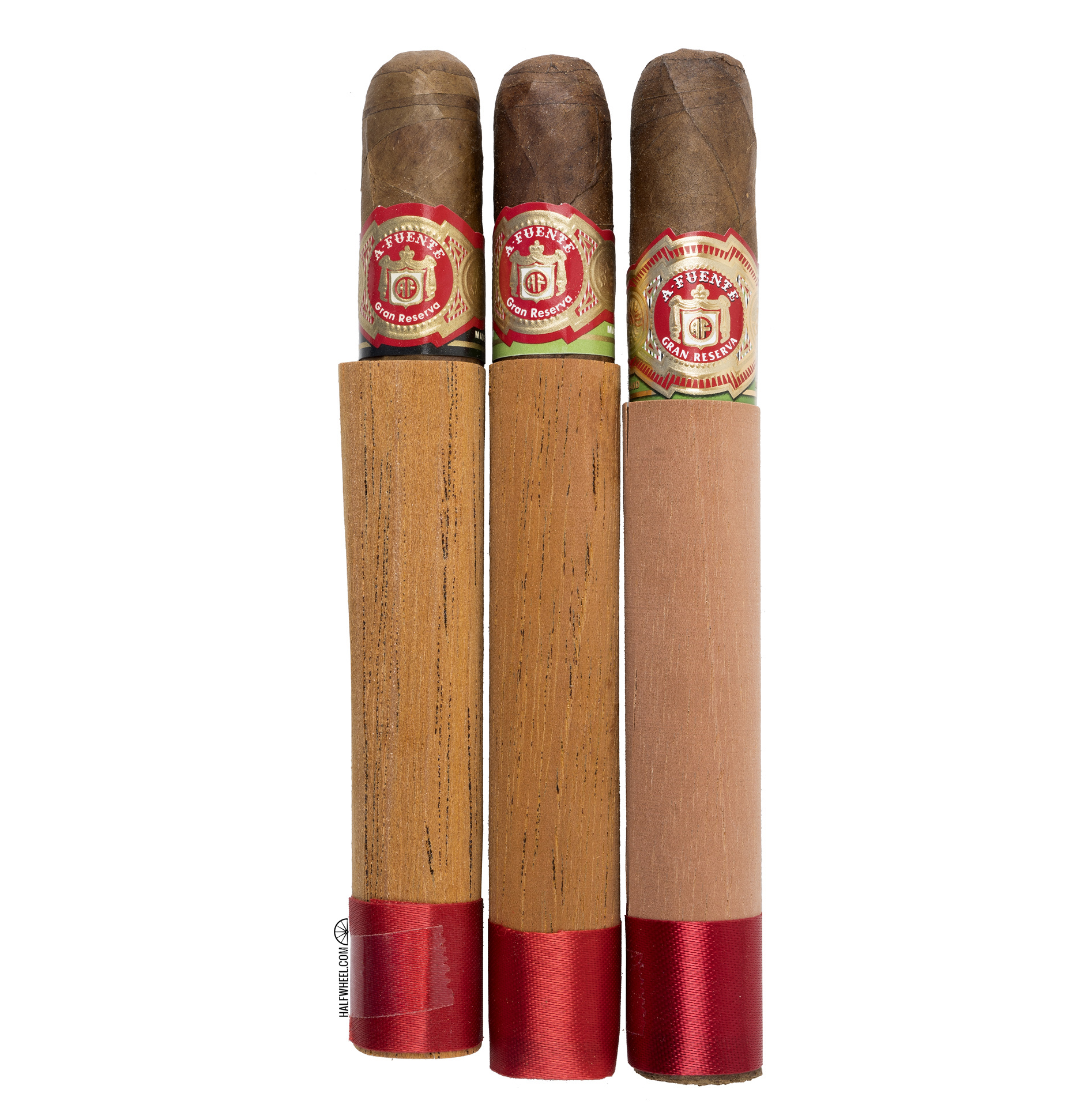 Here is what I said in my original review back in 2010:

In terms of non-Cuban cigars, the original Arturo Fuente Flor Fina 858 Rosado is on the holy grail lists of many cigar smokers, mostly because if its rarity. I really wish I could give it an amazing score, and tell you these are worth the considerable time, effort and money that they command, but sadly, that is not to be. This is, at best, a nice, mildly pleasant, fairly one dimensional cigar that is extremely easy to smoke, but leaves you wanting more after it is over, like when you eat sugar free ice cream. They may have been a better smoke when first released, but at this point, they are more hype than substance. 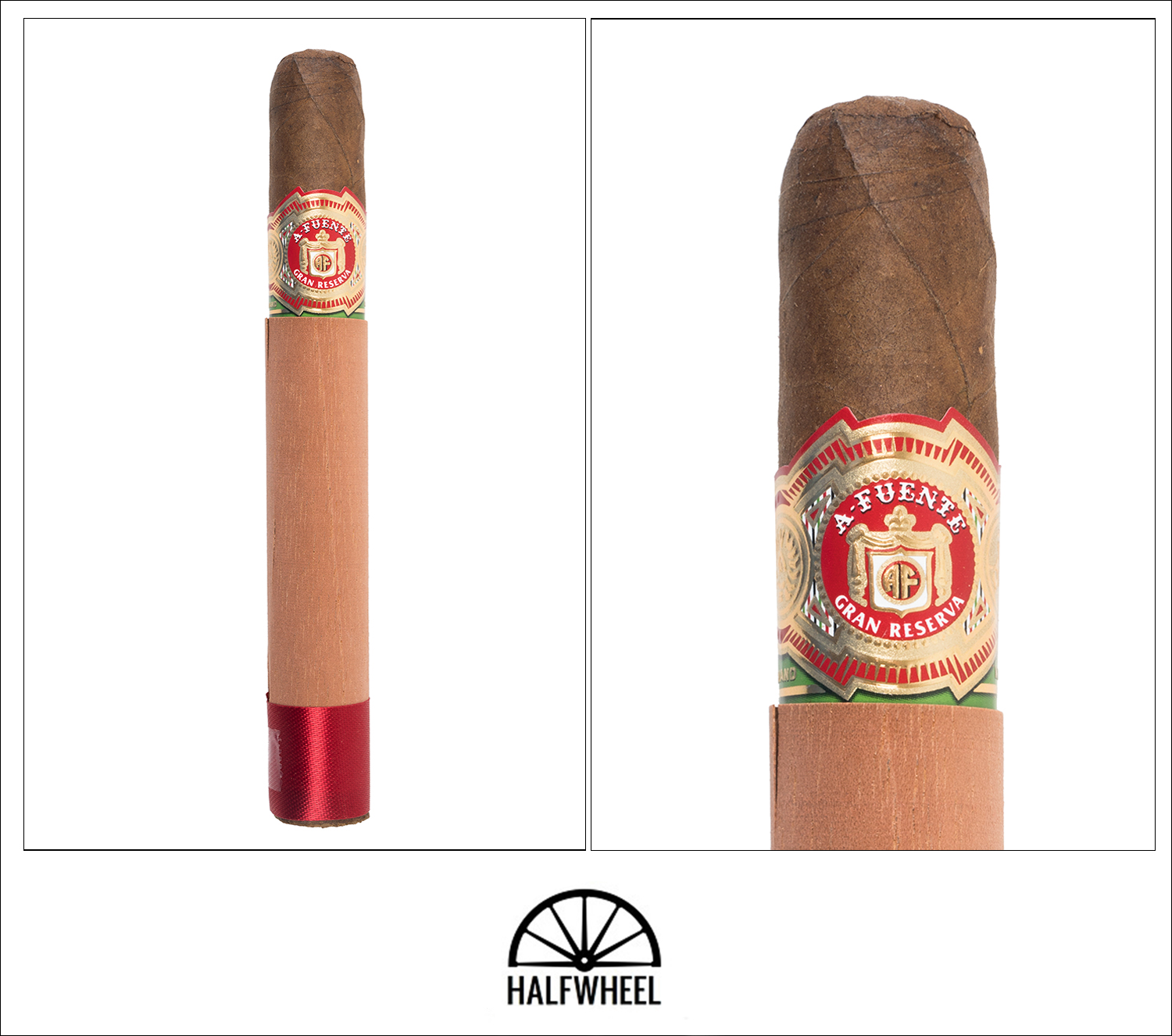 As with the samples I smoked in 2002, the Arturo Fuente 8-5-8 Rosado Sun Grown is covered in a pale milk chocolate brown wrapper that is smooth to the touch, although the cedar wrap covering the bottom two-thirds of the cigar is quite a bit lighter than the past two releases. In addition, there is a touch of oil noticeable as well as a multitude of prominent veins, and the cigar is quite spongy when squeezed. The aroma from the wrapper is a combination of cashews, dark chocolate, manure, popcorn, hay and leather while the cold draw brings flavors of aged and aromatic cedar, baker’s spices, nutmeg, freshly brewed coffee, white pepper and a touch of floral.

There is no way to say this nicely, but the Arturo Fuente 8-5-8 Rosado Sun Grown starts out extremely slow, with muddled and indistinct flavors throughout that initially has me quite worried about where it is going to end up. Thankfully, that does not last long, as the profile ramps up significantly in terms of complexity and distinctness after about 15 puffs, with aged cedar taking the top spot on the palate. Also present are flavors of hay, espresso beans, earth, cocoa nibs, toast and a touch of gingerbread. The retrohale does have some white pepper present, but it is dominated by a perfumey floral note that sticks around for pretty much the entire smoke, while a slight vanilla bean sweetness is noticeable on the finish. The second half is much like the first half-albeit sans the slow start—but does feature some new flavors, most notably a cinnamon note that invades the retrohale right after the start of the final third, a meaty flavor that is present exclusively on the finish for the final few puffs and a tiny amount of burnt sugar sweetness on the retrohale. 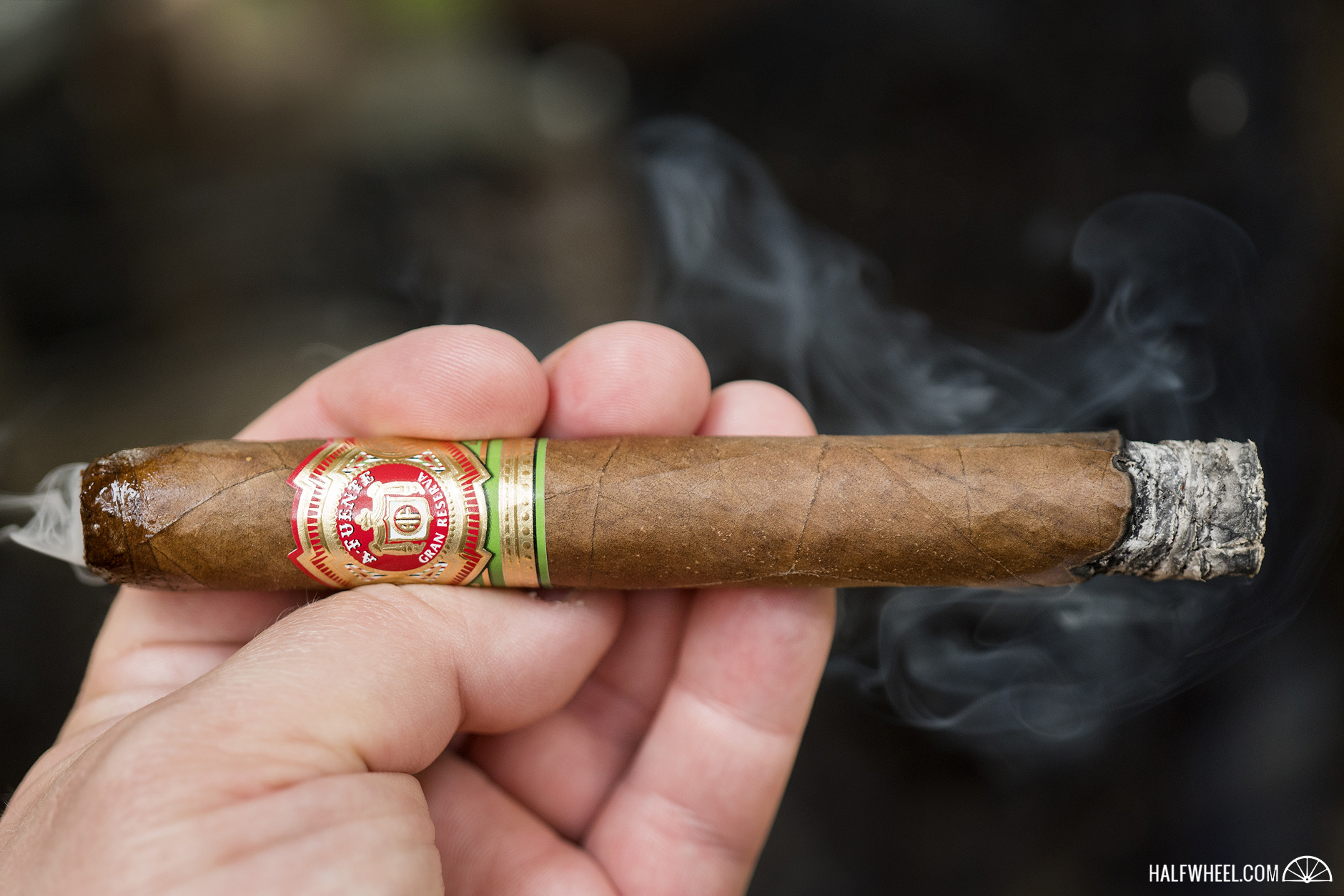 Construction-wise, the Arturo Fuente 8-5-8 Rosado Sun Grown is excellent all around, featuring a perfect draw after a simple straight cut and a burn that—while not visually perfect—gave me virtually no problems at all during the entire smoke; in fact, the ash did not fall for the first time until well past the first third. Finally, the smoke production is about average during the one hour and 24 minute smoking time, while the strength began quite mild only to increase slowly, hitting a point just under the medium mark before I put the nub down with less than an inch to go.

While it did take a little while to get going—as in about halfway through the first third—the profile was eventually filled with an intoxicating combination of aged cedar on the palate, a perfumey floral note on the retrohale and slight vanilla sweetness on the finish that combined together wonderfully. Throw in a virtually flawless performance when it comes to construction and you have a winner. People who know more about this blend have told me that they like it better with some age on them, but I don’t know why you would age them when they are smoking so good now. The Arturo Fuente Flor Fina 8-5-8 Rosado Sun Grown is a true rarity in the cigar world these days: an extremely good cigar with excellent construction that does not come close to costing an arm and a leg, providing you can actually find them selling for anywhere close to MSRP.