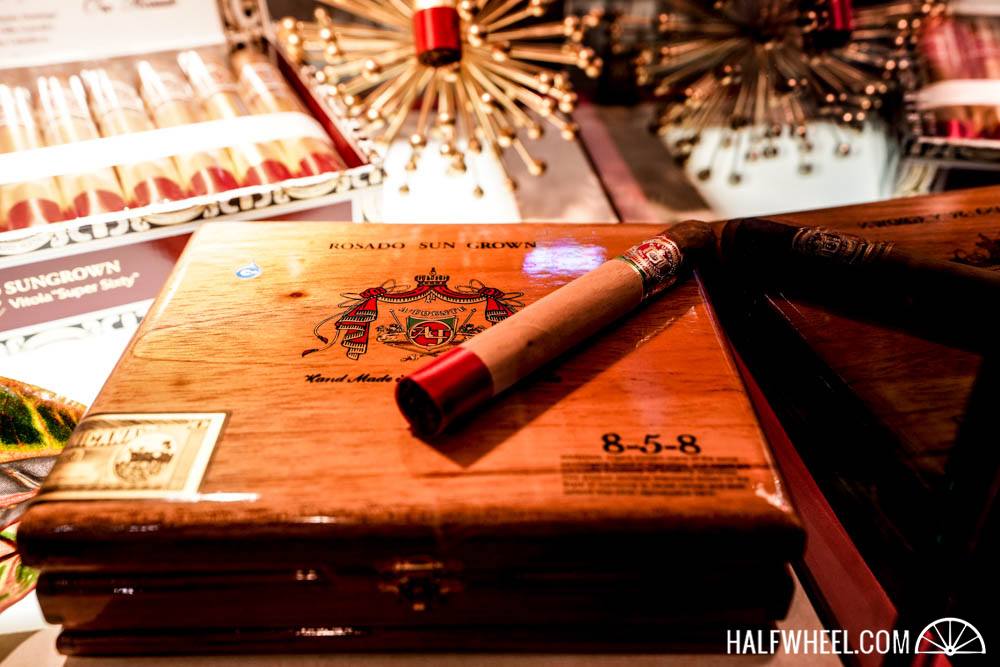 The first is a new shipment of the 8-5-8 Rosado Sun Grown. That cigar is technically not new, less than 100 boxes were sold in 2002 and it returned in 2009. Now the cigar is back again. It uses an Ecuadorian rosado sun grown wrapper over a blend of Dominican fillers. 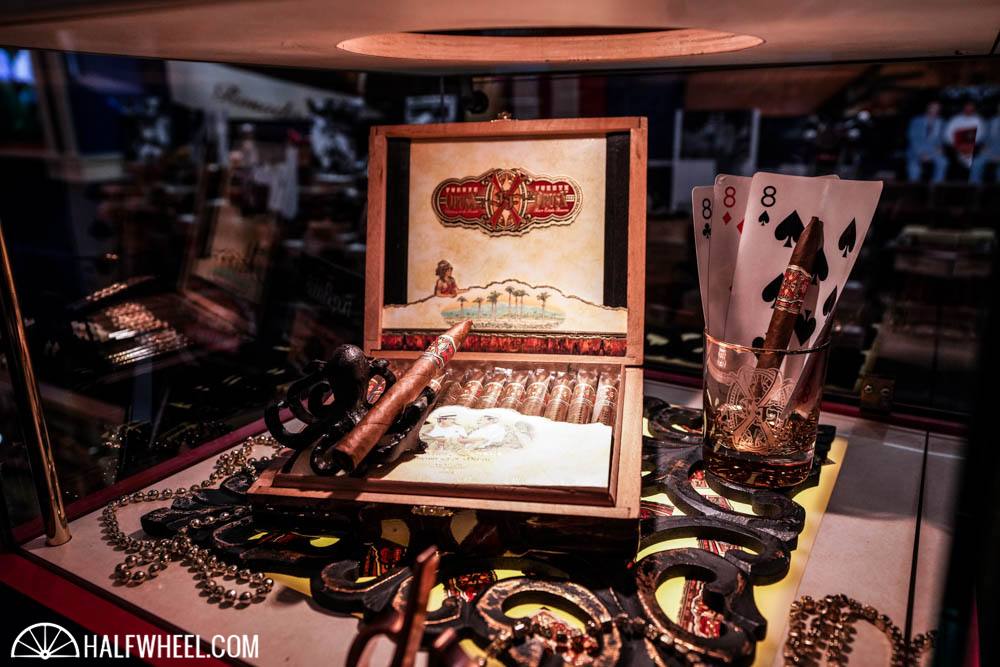 The second cigar is a new Fuente Fuente OpusX. It’s called Perfecxion 888 and has a similar, albeit not identical, shape to the Añejo 8-8-8 the company debuted in 2014.

At 6 7/8 x 44 it is a quarter inch longer than the Añejo version, though the cigar keeps the tapered head. As with all OpusX releases, it is a Dominican puro with tobaccos from the Chateau de la Fuente farms.

Both cigars were offered as part of Fuente’s annual special at the trade show. For every 25 boxes of regular production items, a retailer was able to purchase eight—one each—of special boxes.

In addition, the latest shipment of the Don Carlos Eye of the Shark has also arrived at stores, another one of the eight special items.