It’s no secret Skip Martin of RoMa Craft Tobac loves his company’s CroMagnon Mode 5. As such, it should be no shock that next month, Aquitaine, the sister line of CroMagnon, will be receiving the 5 x 50 short perfecto. Given that this is RoMa Craft Tobac, it should also not be shocking that there was already a preview of the cigar. 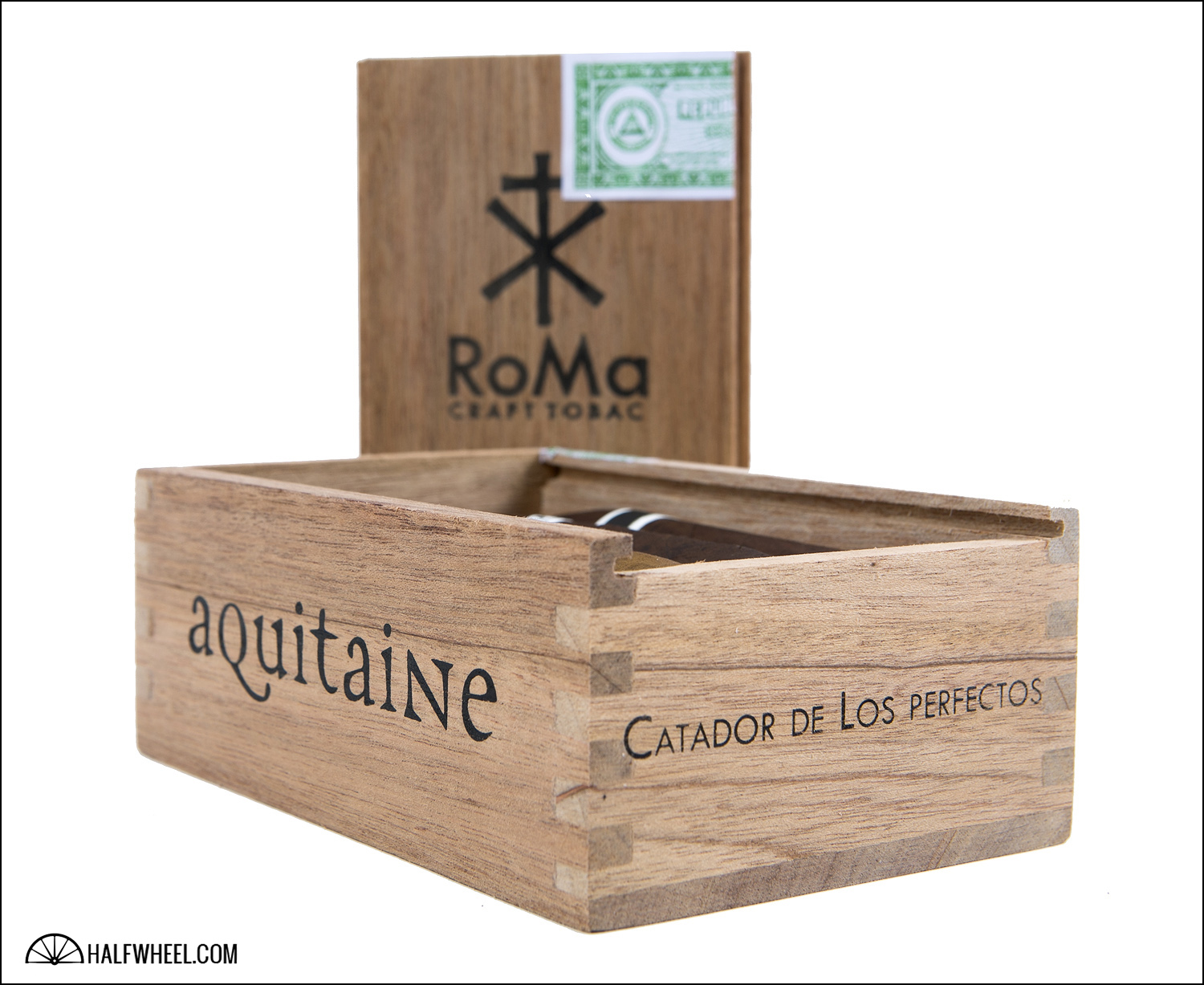 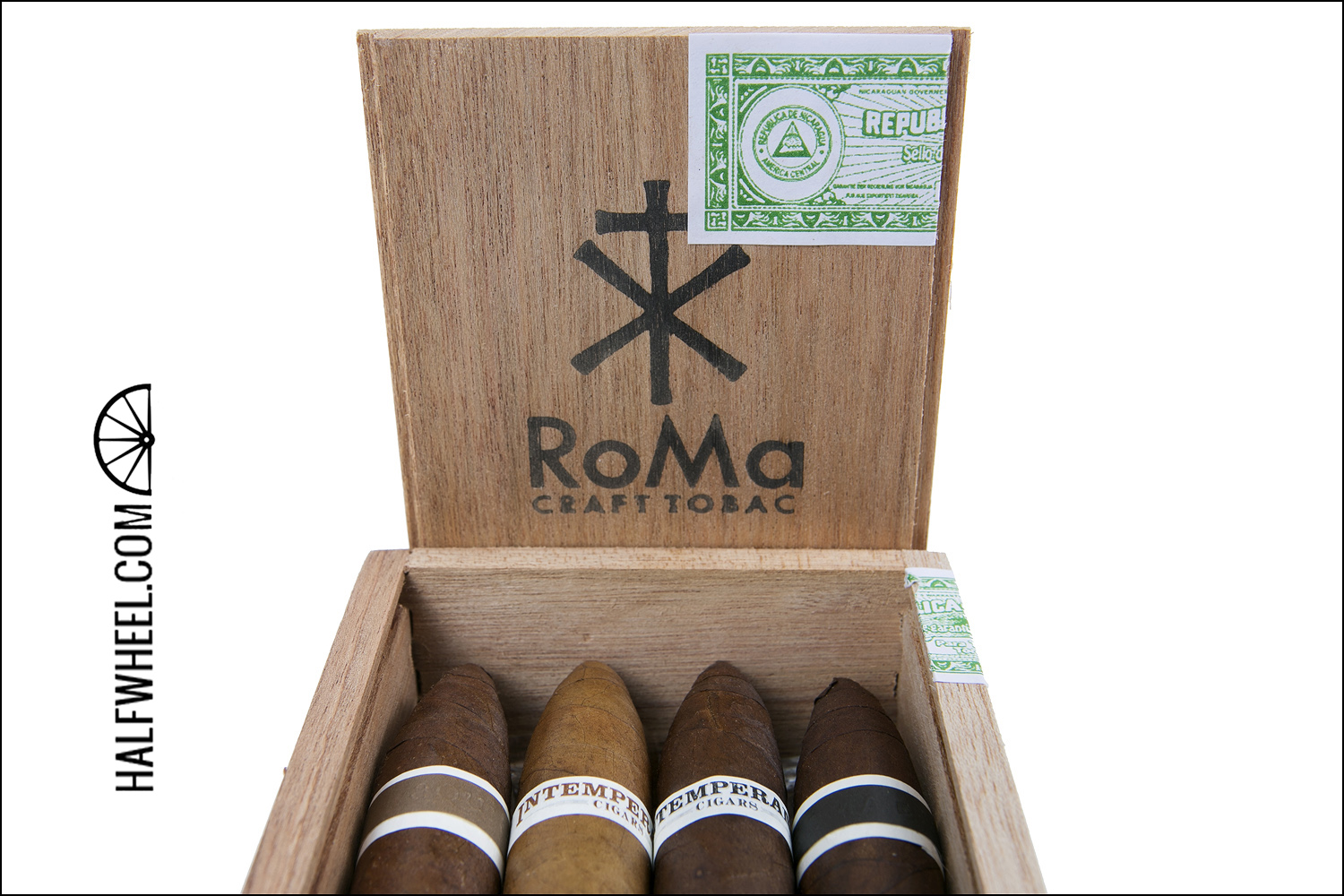 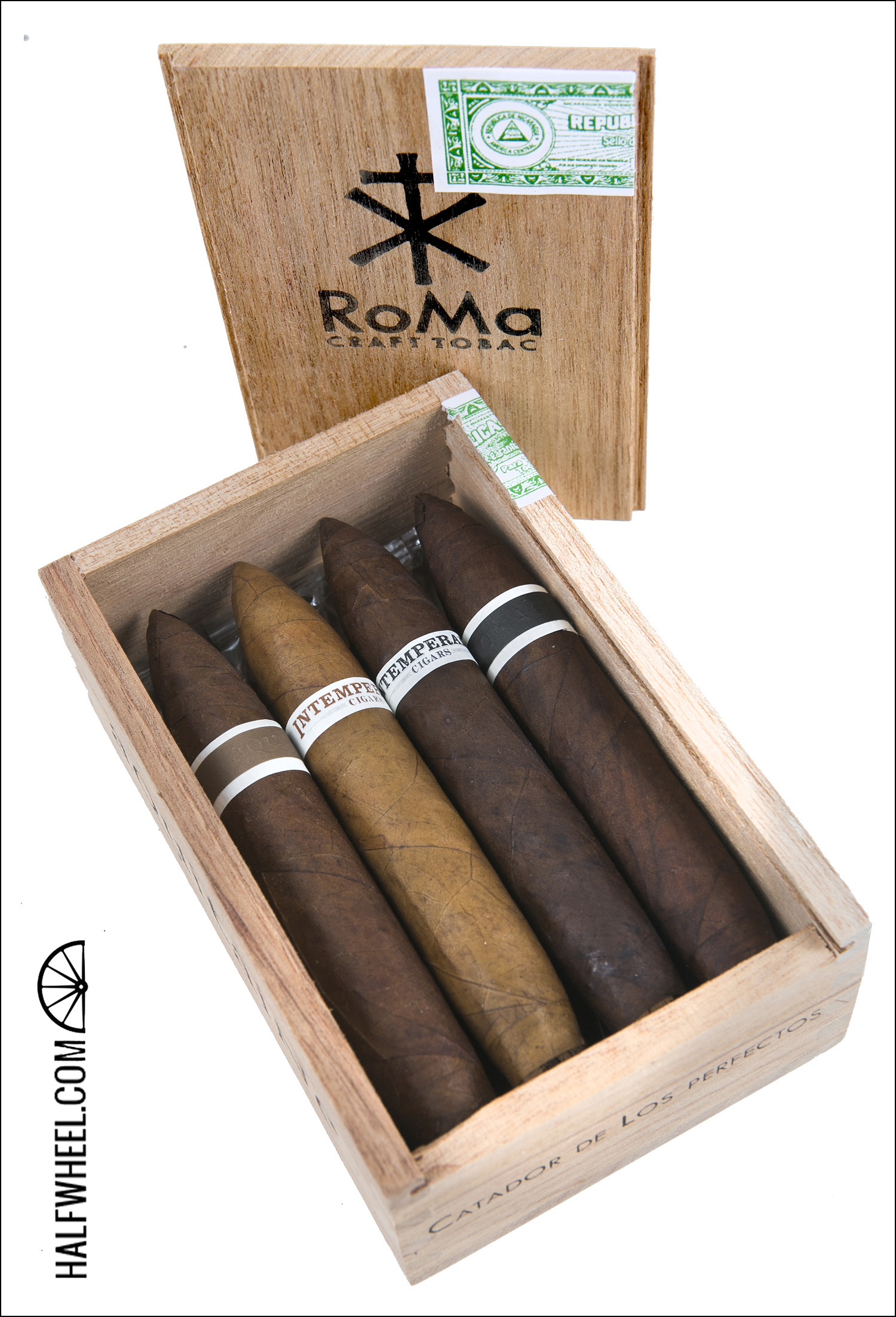 This is the third extension to the Aquitaine line, which brings the total vitolas up to eight. They are:

While the price has not formally been announced, the CroMagnon and Aquitaine blends have previously shared identical pricing. If that remains true for the Mode 5, MSRP will be set at $6.50 per cigar. 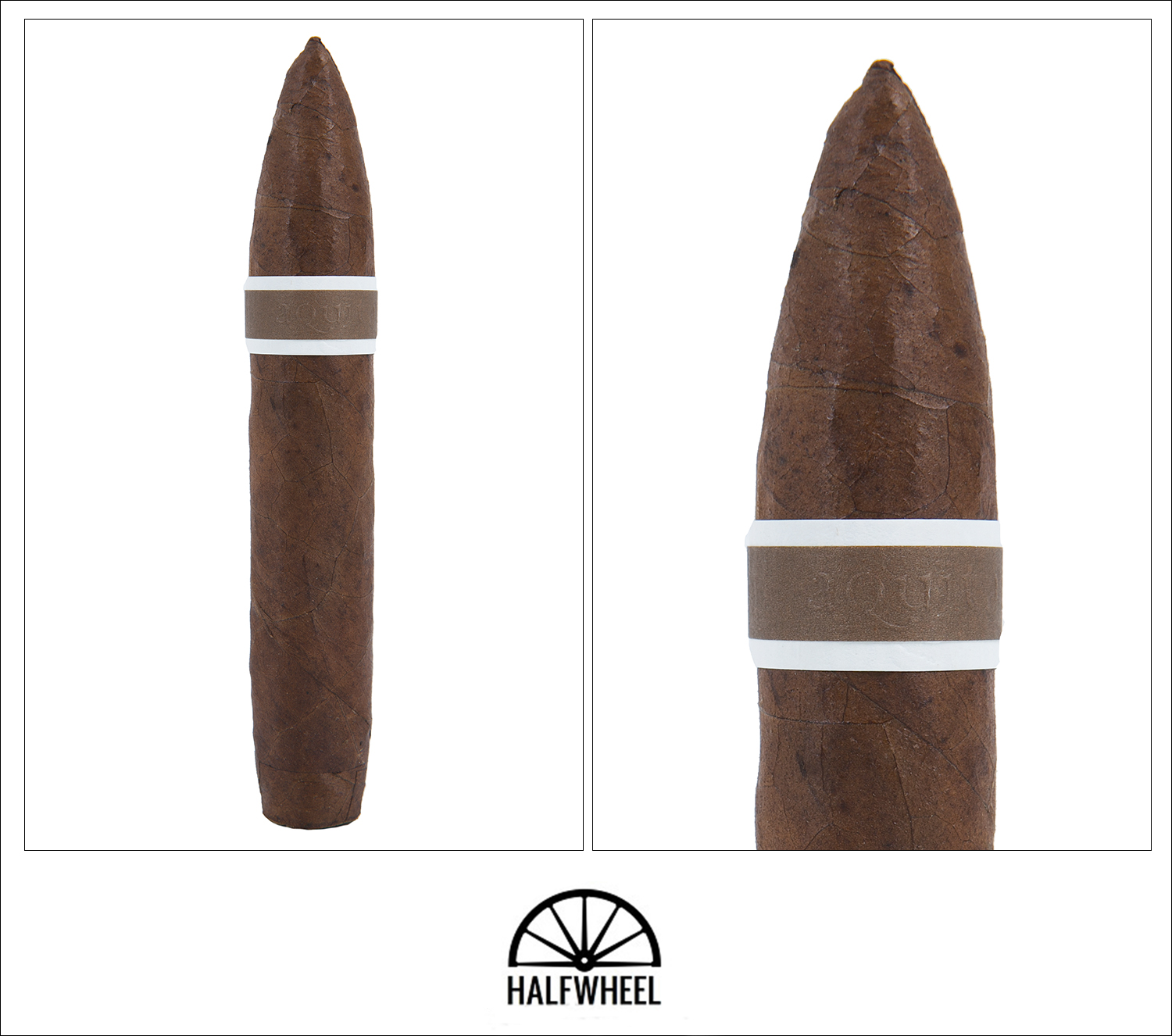 It took long enough, but when RoMa Craft Tobac finally decided to get its band, they did it right. From a distance, the text is a bit challenging to read, but much like the wrappers, the CroMagnon’s black bands are much darker than the Aquitaine’s brown. As for the wrapper itself, the Ecuadorian habano ligero has an oiled leather appearance and a soft feel. While there’s a noticeable sweetness from the foot, there’s little more than barnyard, hay and cedar from the wrapper. I get an incredible sourdough note on all three cigars I smoked for this review, it’s followed by a big blast of black pepper and some tidbits of fruit.

There are two different starts to the Aquitaine Mode 5. On two cigars, it’s sweet cedar, sunflower seed—without the salt—and some coffee bean. On another, it’s black pepper, a more generic pepper and cedar. As the first third progresses, the cedar remains a constant alongside the coffee bean and a bread-like sweetness. Through the nose, there’s a bit of harshness and black pepper, alongside a generic sweetness. Flavor is full, not overpowering, and consistent. Strength is medium plus, body is in a similar place, not as strong as some other sizes. 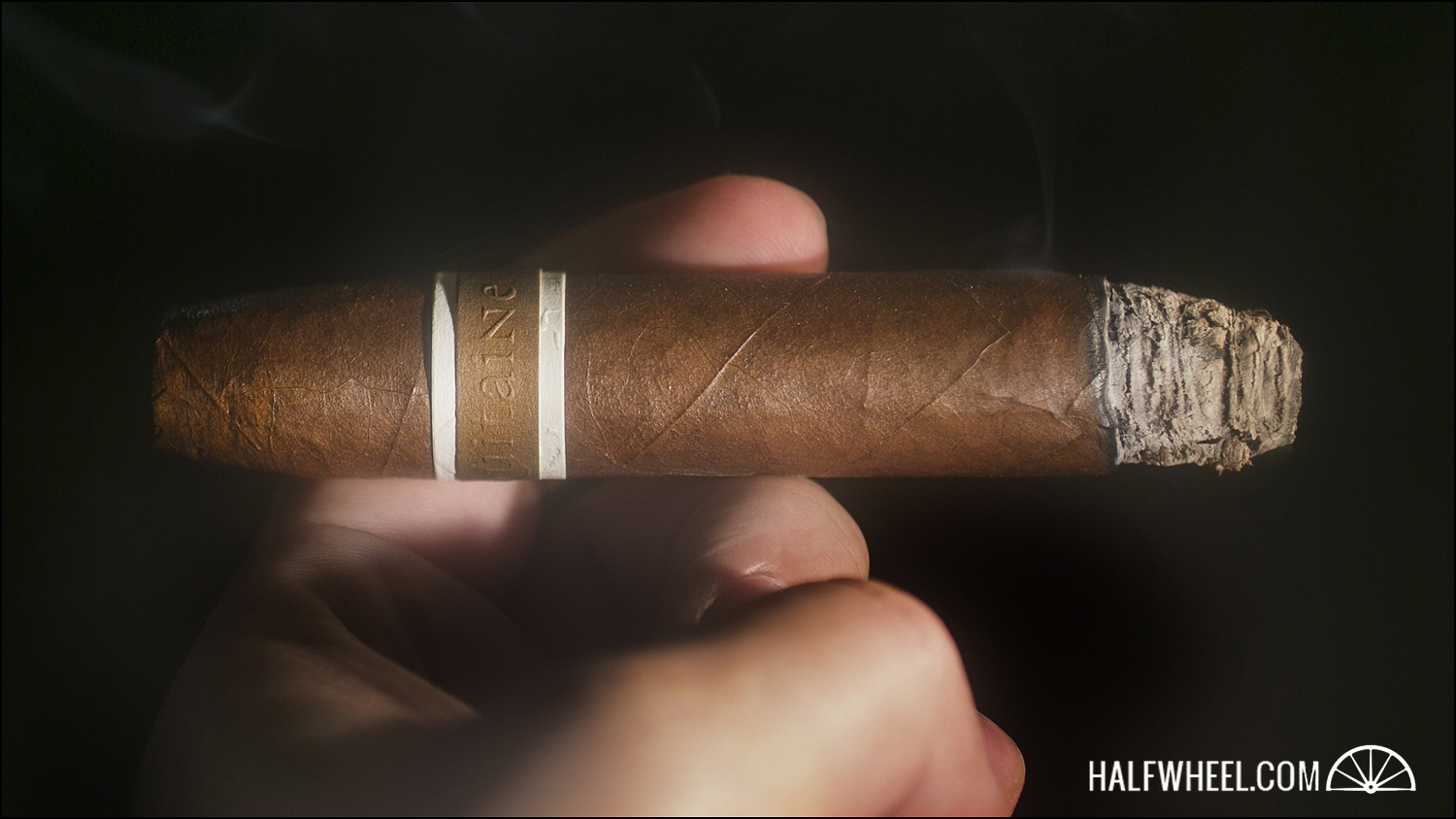 At the back of the palate, there’s some lingering sweetness through the second third. I can’t place it in detail, but it’s coated the palate. There’s a bit of a refining as the Aquitaine moves on, the nuttiness becomes much more present, the coffee more separated and the cedar begins to shed some of its less precise characteristics. A few consecutive retrohales develops a bit of tea underneath a peppery cedar. A touch-up seems to be needed about once per cigar, but other than that the construction is great. 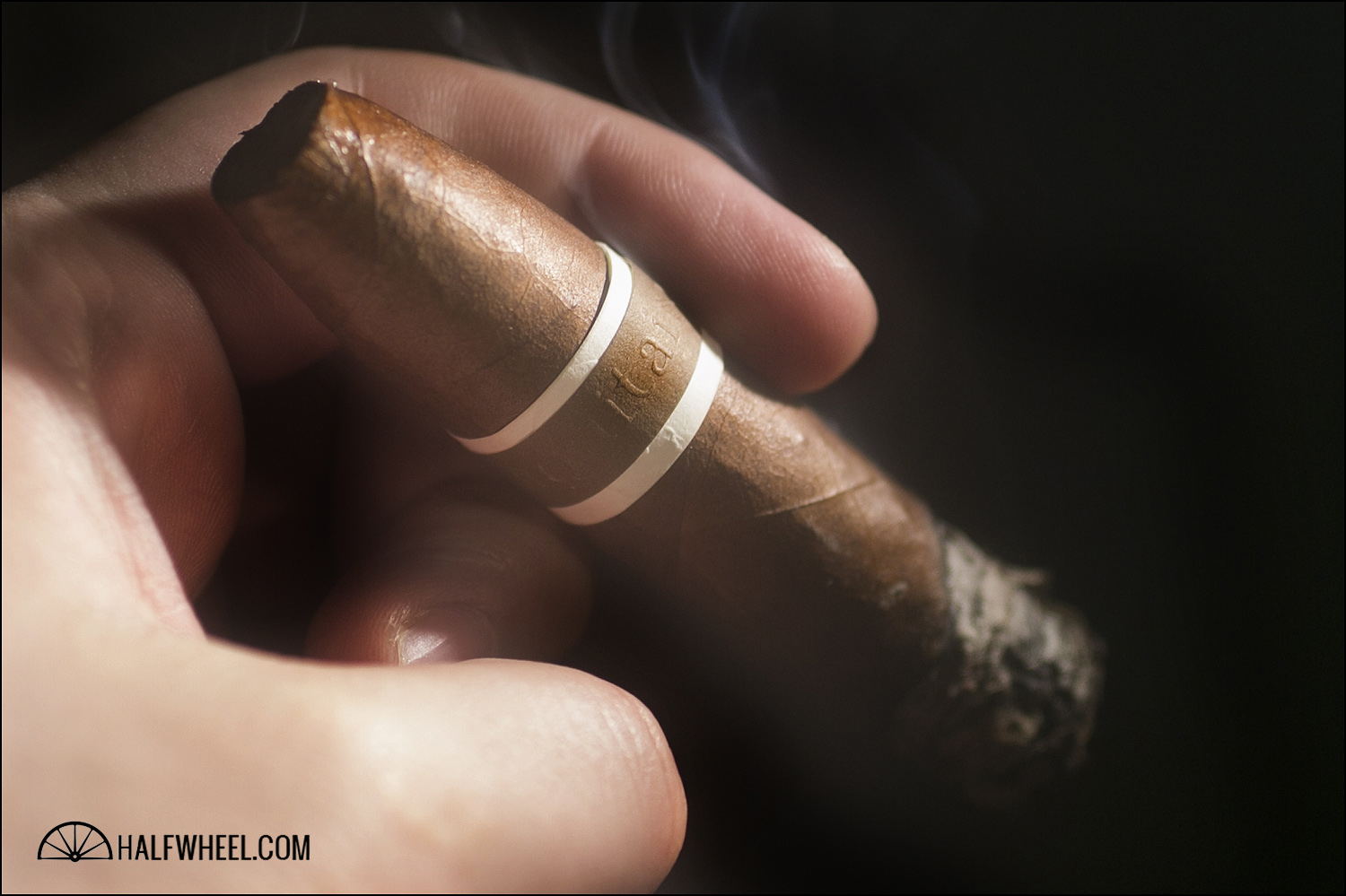 With two inches left, I begin to pick up some chicken brine touches, it’s never a large note, but I can find it occasionally on the finish. Other than that, the cigar is much like the second third, although building with precision. I do notice the sweetness increasing, but it’s unclear to me if that is just its continued presence on my palate, versus the actual flavor that is coming from the final third. Smoke production continues at the above average pace until about the inch mark, when the cigar begins to narrow down and I am forced to pick up pace. 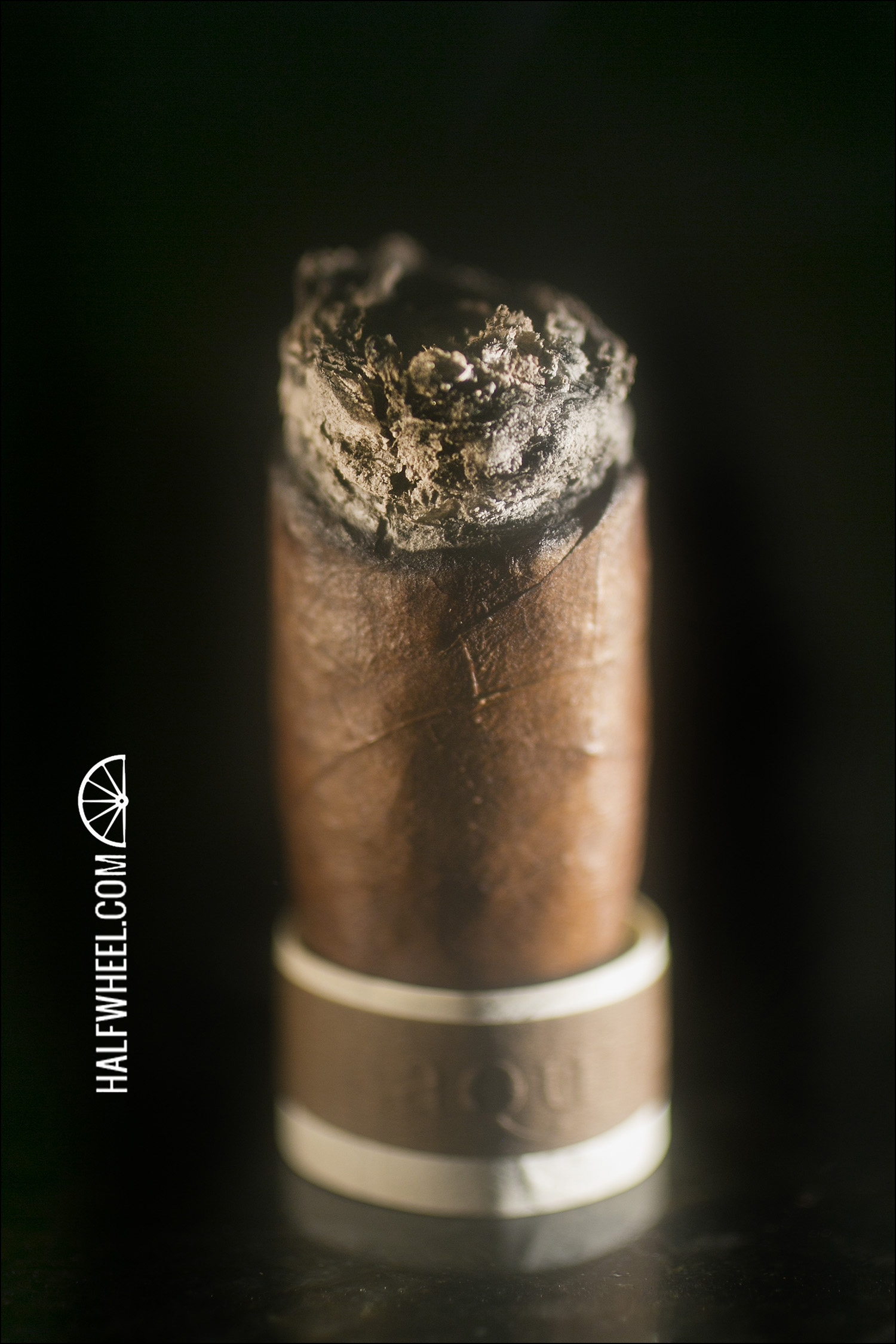 I’ve understood the CroMagnon blend and I’ve appreciated it, but it’s never been my thing. I’ve always viewed Aquitaine as an alternative to CroMagnon. It is in fact, formally listed as “CroMagnon Aquitaine” and shares similar sizes, logo and fillers. For me, the blend has never stood on its own, except until now. While I am far from the most seasoned smoker of the Mode 5, I’d argue that it is better suited for this blend than it is for the CroMagnon proper. I don’t think the world needs an Aquitaine Slobberknocker, Epoch or Venus, it surely does not need an Aquitaine Femur, I’m fine with just eight vitolas for Aquitaine, but it could surely use more Aquitaine Mode 5s.