Six years ago, Robert Caldwell released a follow-up to The Last Tsar line that was created in collaboration with Ernesto Perez-Carrillo Jr. Carrying the name Anastasia, the four-vitola line was rolled at Ernesto Perez-Carrillo’s Tabacalera La Alianza S.A. factory in the Dominican Republic, but was only sent to about 35 retailers across the U.S.

The line returned in 2018—although that blend used higher-priming tobaccos and a blue secondary band instead of a green one like the original—but there had been a plan to ship a different version in between the 2016 and 2018 releases that never panned out due to issues with packaging. After yet another delay caused by the COVID-19 pandemic, that blend was finally released earlier this year, although somewhat ironically earlier than originally planned.

Named Anastasia Añejado—which translates to aged from Spanish—the cigar was created in a singular 5 3/4 x 43 corona vitola and while it shares a moniker with the original line, the blend is completely different. Specifically, the newest version is made up of a Dominican habano mejorado wrapper covering a binder from Indonesia and filler tobaccos grown in the Dominican Republic. In addition, while these cigars were rolled in 2016—at the same time as the original Anastasia cigars—they were rolled at an undisclosed factory, although we do know it was not the aforementioned Tabacalera La Alianza S.A.

According to the company, the Anastasia Añejado 2016 has an MSRP of $25 per cigar and is limited to 6,000 20-count boxes that began shipping to retailers in April. However, this will not be the last Anastasia to be released in 2022, as Caldwell has confirmed there will be another addition to the line introduced later this year. 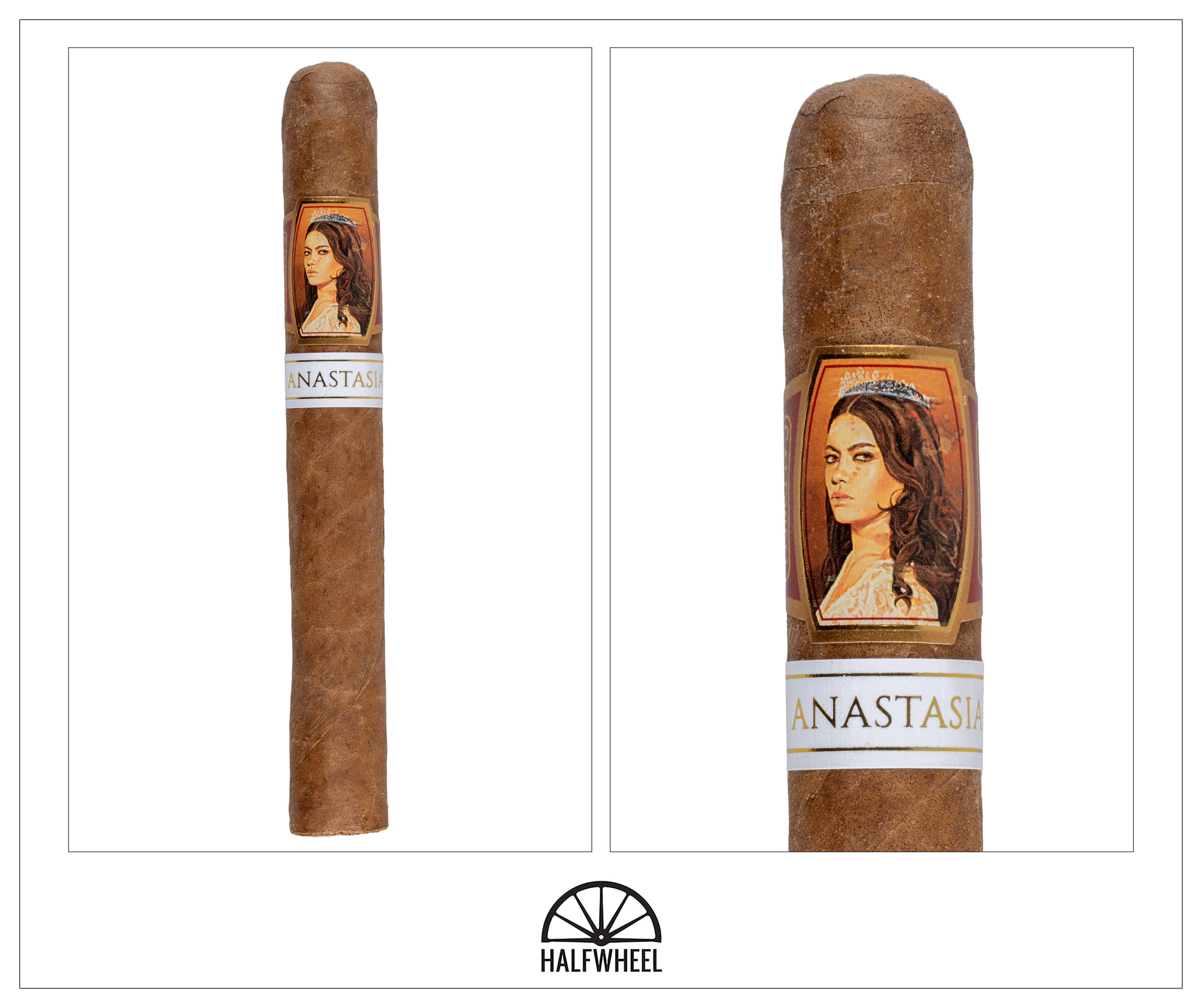 A combination of the distinctive band and a pale, cinnamon brown wrapper is the first thing I notice about the Anastasia Añejado 2016, but it is also hard to miss the multitude of large, protruding veins that are present on all three samples. Considering how it looks and the noticeable lack of oil, it is no surprise that the wrapper is extremely rough to the touch, and each cigar is just short of rock hard when squeezed. In addition, that wrapper gives me almost nothing in terms of aroma, just extremely faint notes of basic chocolate, earth and leather. The scents emanating from the foot are a bit stronger, with a strong peanut shell note leading the way, followed by much lighter notes of coffee beans, cedar and an indeterminate sweetness. Thankfully, the cold draw brings even more distinct flavors that include aged cedar, leather tack, nutmeg, barnyard, earth and a light vanilla sweetness.

Sourdough bread and black pepper are what I taste in the first few puffs after I light the foot of the Anastasia, and while the sourdough bread flavor continues to be a top note in the profile, it is soon joined by an aged cedar flavor. Secondary notes include earth, leather, nutmeg, baker’s spices, mineral salt and a light floral flavor, while there is some slight spice on my tongue and the finish is full of espresso bean bitterness. The retrohale features almost no pepper at all, but does include a bit of a floral sweetness that seems to be getting stronger as the first third burns down. Flavor is just under medium, while both the body and strength end the first third at mild-plus. Construction-wise, everything seems to be working in harmony with no issues whatsoever when it comes to the burn, draw or smoke production on all three samples.

There is an explosion of flavor that hits my palate right around the start of the second third of the cigar. Specifically, the main flavors in the profile shift gears totally to a combination of a floral note, aged cedar and milk chocolate. Additional flavors of dry cereal, powdery cocoa nibs, gritty earth, cinnamon, leather and a very light mint note flit in and out at various points, while the amount of white pepper and floral sweetness on the retrohale has increased dramatically as well. Flavor has jumped considerably to medium-plus by the end of the second third while the body increases to a point just under medium, but the strength seems stuck at mild-plus. The construction continues to impress on two of the three cigars, but my second cigar runs into some minor burn issues that necessitates a quick correction with my lighter, although it is fine after that. 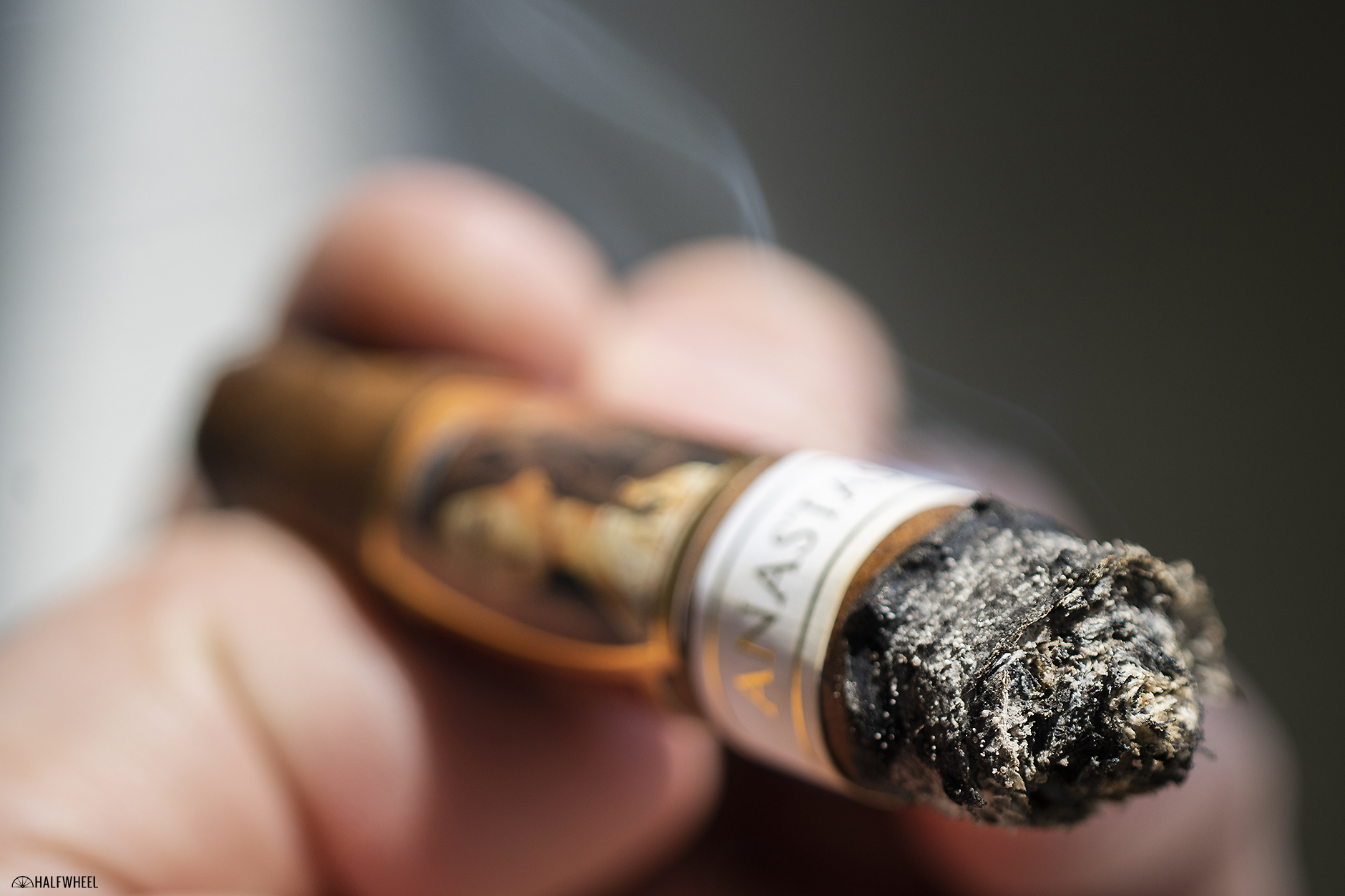 While the final third of the Anastasia Añejado 2016 is an extension of the previous third in many ways, there are some noticeable differences. For one, the aged cedar flavor has overtaken the floral note in the profile, although both easily remain the top flavors until the end of the cigar. Notes of creamy cashews, dark chocolate, leather tack, barnyard, hay and light cinnamon round out the profile, while the finish continues to be dominated by a bitter espresso bean flavor, albeit one that is not nearly as aggressive as it was in the second third. White pepper and floral sweetness continue to reign supreme on the retrohale with the white pepper actually becoming a bit more aggressive in the final puffs of two of the samples. Flavor ends the cigar firmly in the full range, while the body ends at a solid medium and the strength manages to increase enough to hit a point just under medium. Finally, the construction is back on track in all aspects, as the one cigar with burn issues in the second third has evened up nicely, and none of the other aspects of construction give me any issues even as I put the nubs down with less than an inch remaining. 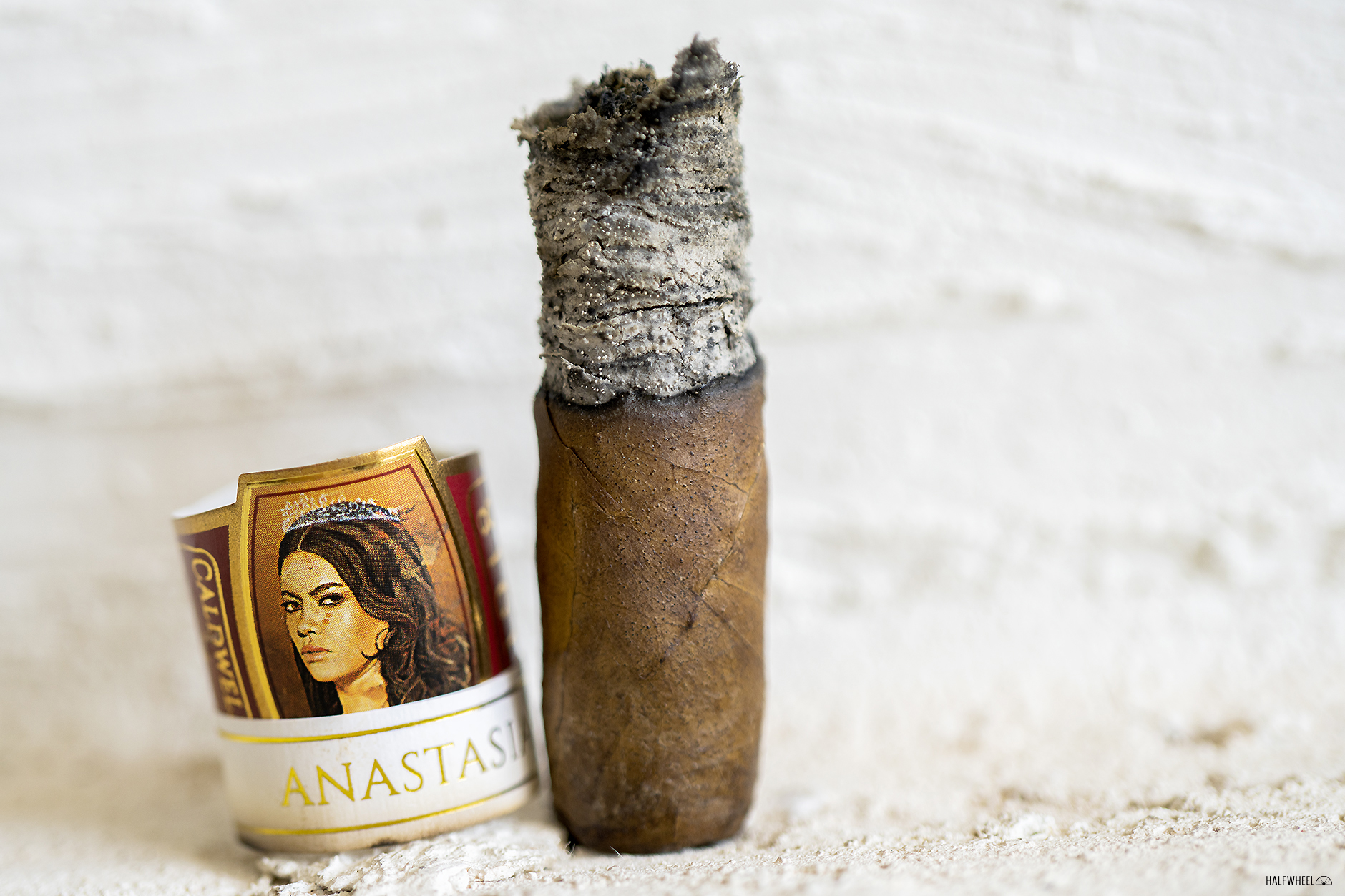 After a noticeably sour start—albeit more sourdough bread than sour milk, thankfully—the Anastasia Añejado really hits its stride in the second third. That is when the main flavors become quite a bit richer on the palate, with a combination of a floral note dark chocolate, aged cedar and yet more floral sweetness that screams to me “aged tobacco." In addition, the construction was excellent overall, with only one sample needing a small correction in the second third. If it had started out a bit better the final score would have been higher, but if you can punch through the relatively minor issues in the first third, you will be more than handsomely rewarded.