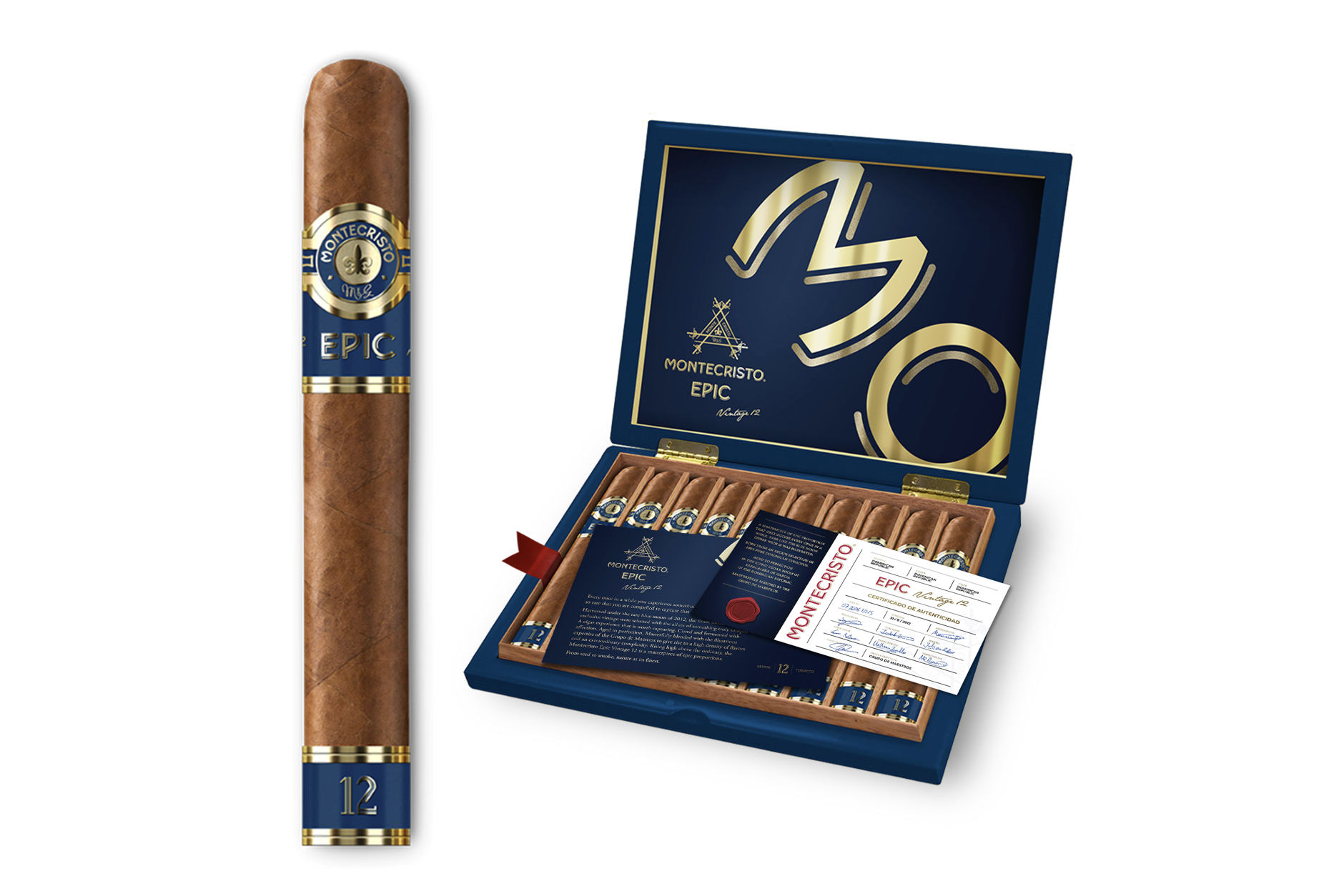 The Montecristo Epic line will be getting another extension next month.

Altadis U.S.A. is introducing the Montecristo Epic Vintage 12, a reference to when some of the tobacco was harvested—2012—and not necessarily how old it is. According to Cigar Aficionado, the new cigar uses an Ecuadorian Sumatran wrapper over a Dominican binder and fillers from the Dominican Republic and Nicaragua. The 2012 vintage tobacco is said to be that Dominican filler. Altadis U.S.A., which owns the trademark for the Montecristo brand in the U.S., introduced the Epic brand in 2012 with a cigar that used an Ecuadorian wrapper over Dominican and Nicaraguan fillers. In 2017, the company introduced Epic Craft Cured, a Nicaraguan puro made by the Plasencia family.

An email sent to representatives at Altadis U.S.A. seeking comment was not returned.