Ask me if I want a Montecristo, and I’ll answer back with which one?

That’s not in reference to the Cuban/non-Cuban question either; while the former has a few offshoot brands, the latter has at least a dozen sub-brands that all bear the familiar fleur-de-lis, including the most recent addition, the Montecristo Epic Craft Cured.

The cigar goes even further, being an offshoot of the Montecristo Epic line that was released in the summer of 2012. That cigar was the creation of the company’s Grupo de Maestros, and went on to spawn a limited edition called the Montecristo Epic No. 2 Premium Selection 2007.

The blend was developed and produced by Plasencia Cigars S.A., a Nicaraguan puro highlighted by a 2006 rosado oscuro wrapper, though each component of the blend is said to undergo curing in small pilones. The process is done with the goal to unify all of the components, “allowing the flavors of the cigar’s wrapper, binder, and filler tobaccos to marry into a more harmonious profile,” according to a press release.

Beyond the wrapper, the filler features Nicaraguan tobaccos from the country’s Condega, Estelí, and Jalapa regions, while the binder comes from Ometepe.

It was released in mid-December to retailers across the country. 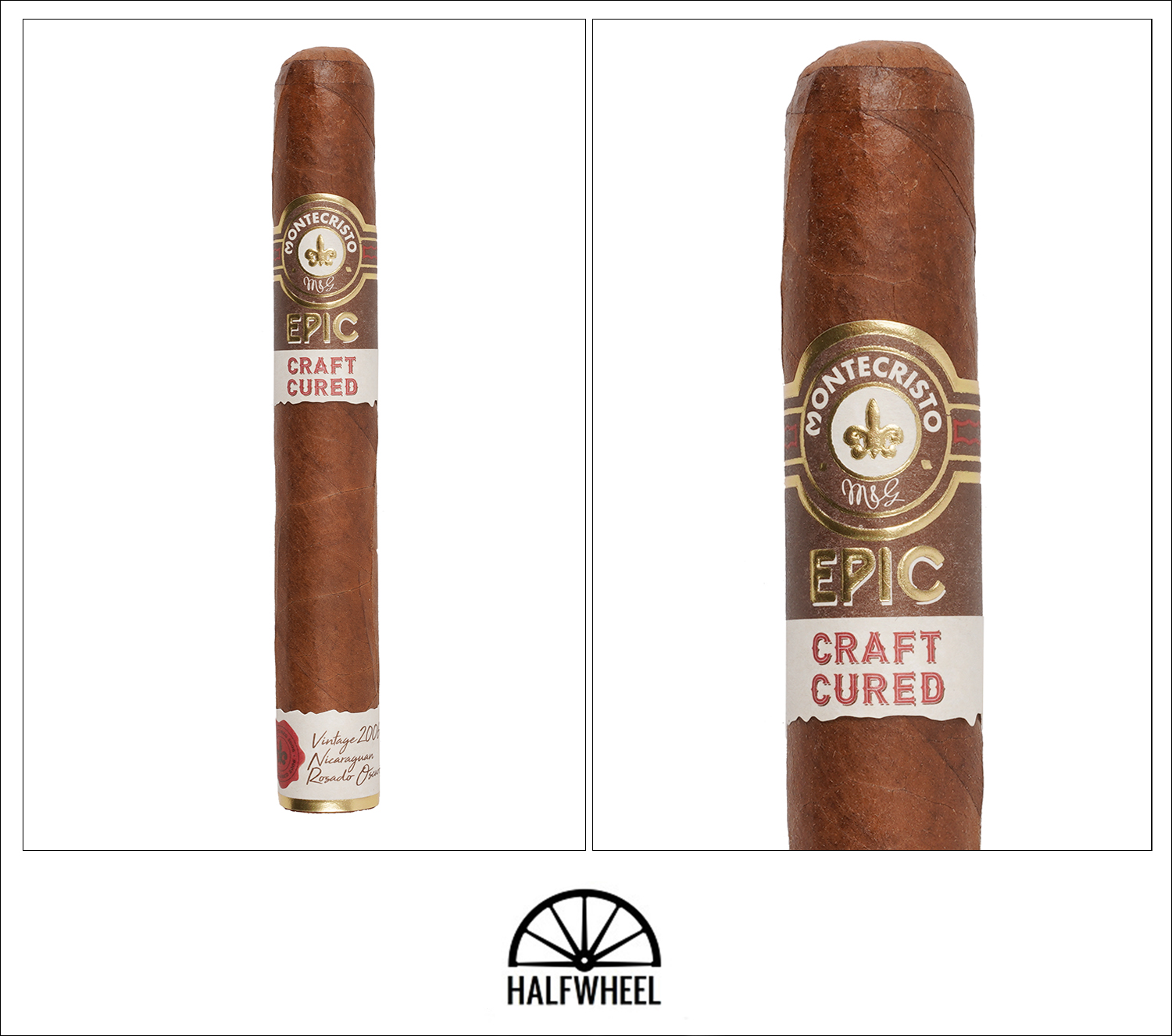 The Montecristo Epic Craft Cured is a thick toro with a wrapper that is toffee colored but also shows a slightly reddish-brown hue and has a decent network of small veins, with the rosado in the name of the wrapper immediately recognizable. It’s a weighty cigar that has a firm roll with some give, clean seam lines and a well applied cap. The foot is sweeter than I expected it to be, with a bit of floral, fruit cup and mint at equal levels in the first sample, and a more peanut butter learning on the second and third. The cold draw is just the right firmness and has a profile of mixed nuts and wheat, while one sample has an interesting flavor of assorted cold cuts and another offering just a bit of caramel.

The nutty flavor to start the Montecristo Epic Craft Cured comes with a bit of metallic sourness, more the latter of the two terms but with the twinge of the first. There’s some warm cake donut before I get a quick punch of pepper through the nose, though it seems ready to yield to the palate, that is until about half an inch in when white pepper enters to both brighten and lengthen the sensation. There’s an interesting dynamic in the first inch or so, as the smoke is soft and subtle on the way into the mouth, yet sharp and peppery on the way out. A few hearty puffs advance the burn line quickly up the cigar, which starts wavy, but events out within the first inch and reveals a dense and primarily white ash that shows some puff rings. A complex flavor of toast, peanut butter, mixed nuts, woods and a bit of pepper develops at the end of the first inch with a pepper dominated retrohale, a profile that seems unlike almost any Montecristo I’ve had to date. The first clump of ash drops off just over an inch long, with seemingly as much of a thud as ash can make on a metal bowl. I’m impressed by how clean and punchy the white pepper is through the nose, as well as by how the sensations experienced by the tongue and nose have evened out. The cigar sits at medium-plus in flavor and body, and just a tick below that in strength, though it’s the latter that seems to be nudging upward the fastest. 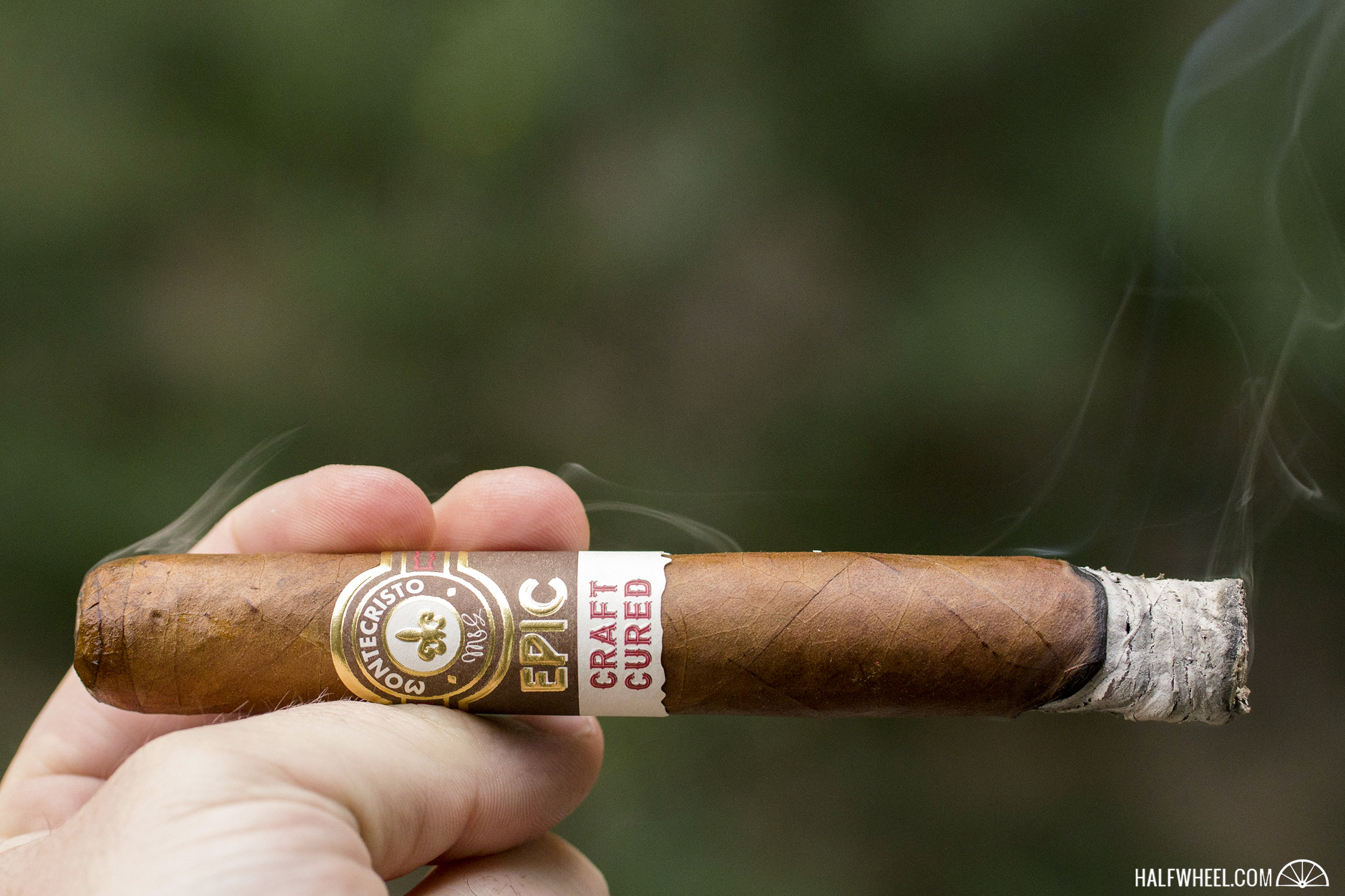 The first appreciable change to the Montecristo Epic Craft Cured comes a few puffs after the second third has begun in earnest with warm mixed nuts taking the lead in the profile, backed by more of the well-rationed pepper that has been a constant nearly since the beginning. There are turns of leather and woods as well, though neither quite dominate but still excel in a supporting flavor role, in particular a hickory note I find especially succulent in the third sample. The cake donut that gave the smoke some thickness earlier has steadily faded away, leading to a bit thinner and more cutting profile but one that is still quite enjoyable. A bit of loamy soil comes in to transition the Montecristo Epic Craft Cured into its final third, with the cigar continuing to burn quite well to this point. 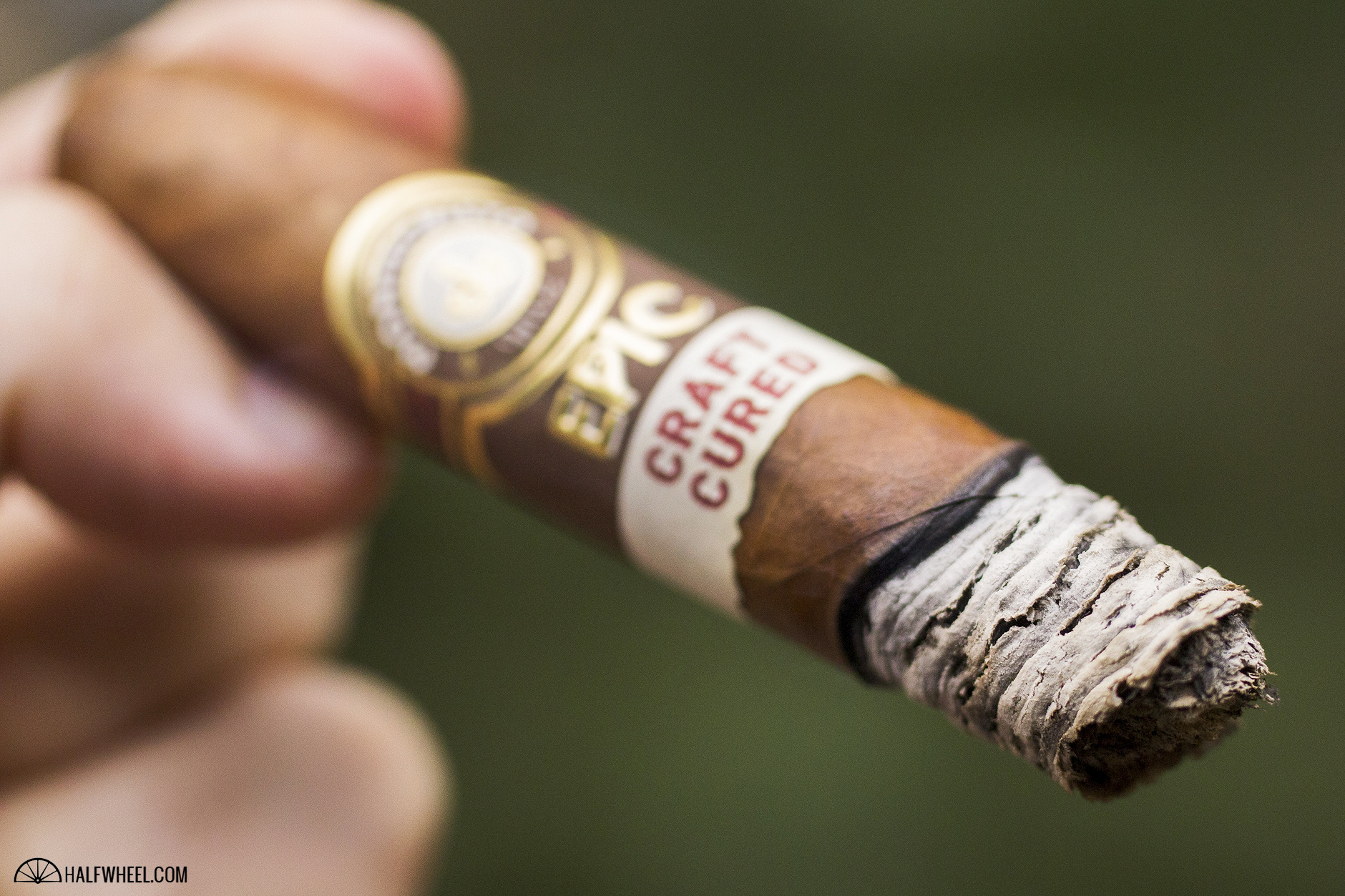 While the Montecristo Epic Craft Cured had me impressed and engaged through the first half, at the start of the final third I find myself a bit less enamored by the profile as it has lost some of its complexity and now comes across sharper by way of more pointed wood notes and the loamy soil carrying over from the previous section. The wood turns to dry, baked pretzels before picking up a campfire note that is quite good as a flavor, but more because it thickens up the body and adds some needed character to the smoke. Heat in the final inch and a half bring out more of the pepper, sharpening it to a fine point as it  crosses the tongue, while a parting flavor of peppermint candy cane brings the cigar to its finish. 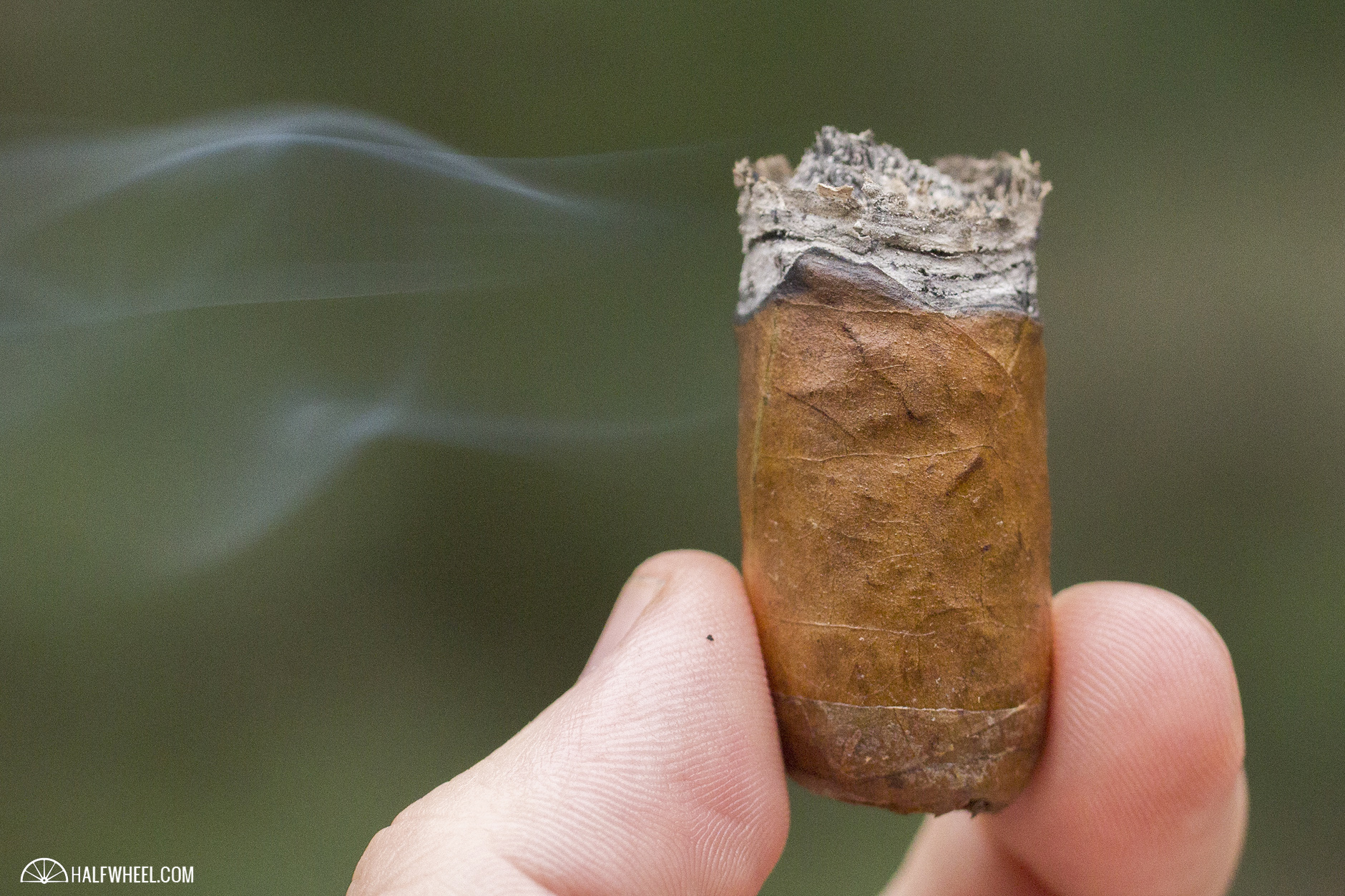 As someone who smokes a steady diet of cigars, many of which I don’t choose as they are for reviews, there are few things I like better than to be genuinely surprised by one of them, which is just what the Montecristo Epic Craft Cured did. After an slightly turbulent take off, the cigar finds its smooth stride quickly, gaining impressive complexity and balance while still offering a good bit of peppery pop. It’s not a flawless cigar, showing a bit of thinness in the profile at times, particularly when the softer notes are left behind, but as all of our writers have said at times, finding even a few spots of greatness in a cigar is a reward unto itself and thankfully the Montecristo Epic Craft Cured has plenty of them.