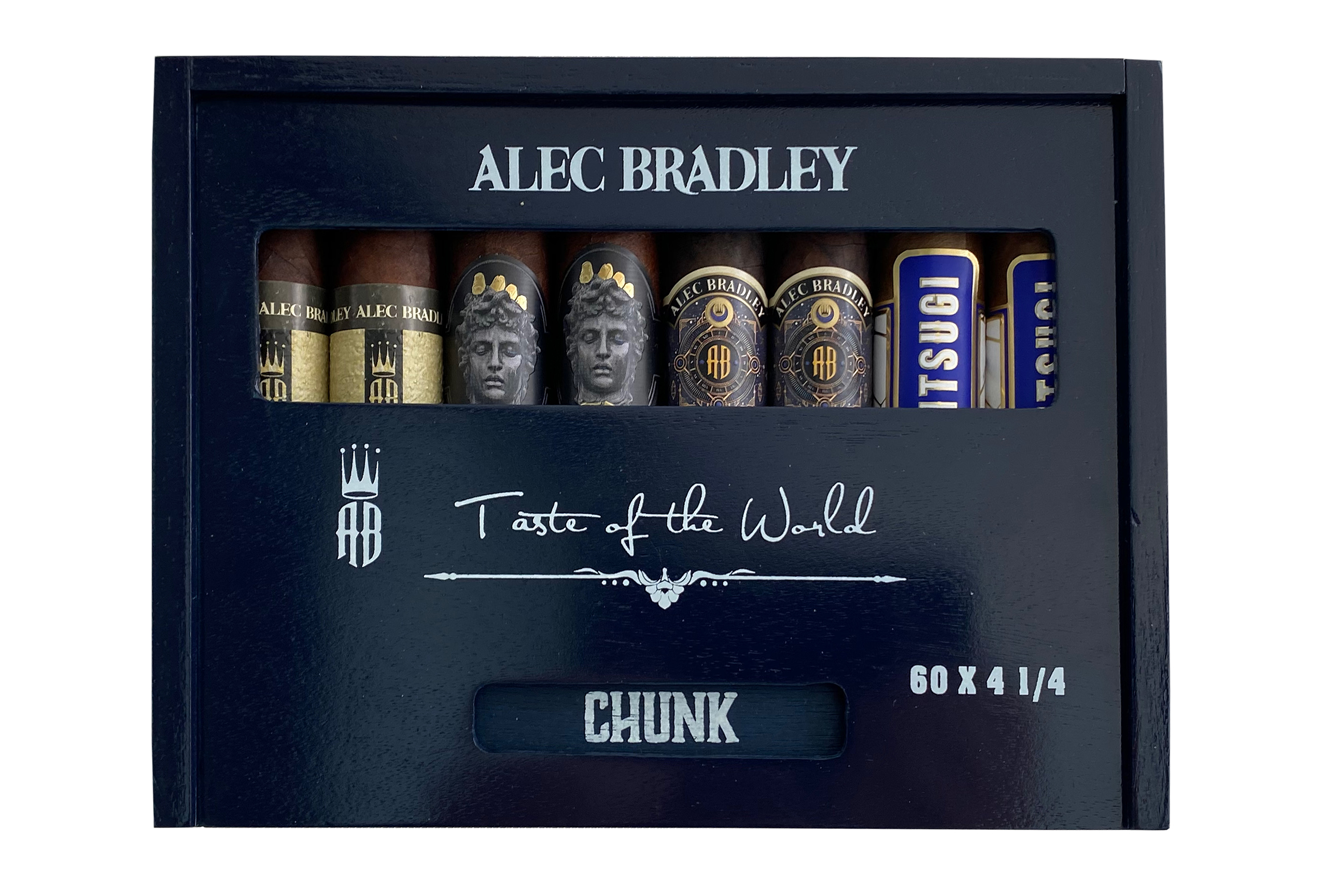 The Alec & Bradley Kintsugi and Gatekeeper lines are getting a new size by way of a sampler that is scheduled to be released ahead of Father’s Day.

It’s the 4 1/4 x 60 petit gordo vitola known as the Chunk, a size that has been used in the Alec Bradley Magic Toast and Black Market lines, which will also appear in the new sampler. The Black Market Chunk was first released in 2015 as an exclusive to the Canadian market, while the Magic Toast Chunk debuted in the fourth quarter of 2019.

The new sampler, called the “Taste of the World Chunk,” contains eight cigars—two of each of the four blends—and comes with an MSRP of $74.95. The company is producing 2,000 samplers, which it expects to have at retailers by the end of May.

Alec Bradley made the announcement of the new sampler via Cigar Aficionado. A representative from the company, speaking under the condition of anonymity, confirmed the accuracy of that report.

Update — Shortly after this story was published, a representative of the company confirmed the details of the release to halfwheel.

Update (May 6, 2022) — Alec Bradley issued a press release and images of the sampler.