While I might not remember the exact moment that the email arrived in my inbox, I do remember when I first learned about ADV & McKay Cigars Co. It was May 2019, and Marcel Knobel, who along with Henderson Ventura of Tabacalera William Ventura co-founded the company, had reached out to announce that the company would be exhibiting at that year’s IPCPR Convention & Trade Show, the annual summer event that now operates under the Premium Cigar Association (PCA) name.

ADV & McKay was founded in 2016 and has been selling in cigars in Europe since 2017, and while some of the company’s cigars had made it to the U.S. since that time, its reach was fairly limited. The time had come for the company to formally introduce itself to the U.S. cigar industry, and it would be doing so with a new cigar called ADVentura The Conqueror.

For The Conqueror, the company adopted a nautical theme, most notably by designing the boxes to look like a boat. It was a design that earned the release the #8 spot on halfwheel’s 2019 Packaging Awards. The cigar, meanwhile, uses an Ecuadorian habano 2000 wrapper, an Indonesian Sumatra binder, and fillers from the Dominican Republic and Nicaragua. It is offered in four sizes, with two of them going to the U.S. and two released exclusively to the European market.

Since the release of The Conqueror, the company has added The Conqueror Emperor’s Edition, a limited edition 7 x 40 lancero that came out in December 2019 and featured a modified blend.

The company has also released a handful of new lines, including the ADVentura The Royal Return Queen’s Pearls, which placed #3 on halfwheel’s Top 25 Cigars of 2020.

Here’s what I said about the ADVentura The Conqueror Comandante when I reviewed it in March 2020:

Sometimes a cigar comes out with so much of a backstory that the smoking experience can’t keep up with it; thankfully that is not the case with The Conqueror. From the first puff to the last, there are no lulls in the flavor, which starts with a balanced amount of pepper, moves towards a smoother profile and then finishes with a more pointed yet still balanced profile. While depth and complexity of flavors might have been a bit lacking, there was certainly no shortage of engagement with the senses, as seemingly every puff and retrohale delivered something enjoyable and worthy of consideration. Even with a slightly loose draw, the cigar burned remarkably well, never needing any sort of touch up or attention, other than the occasional tap of the ash to make sure it ended up in the ashtray and not elsewhere. The Conqueror is a very pleasant surprise and introduction to the ADVentura line and the company as a whole, and one worth giving a shot should you see the boat-shaped box in your local humidor. 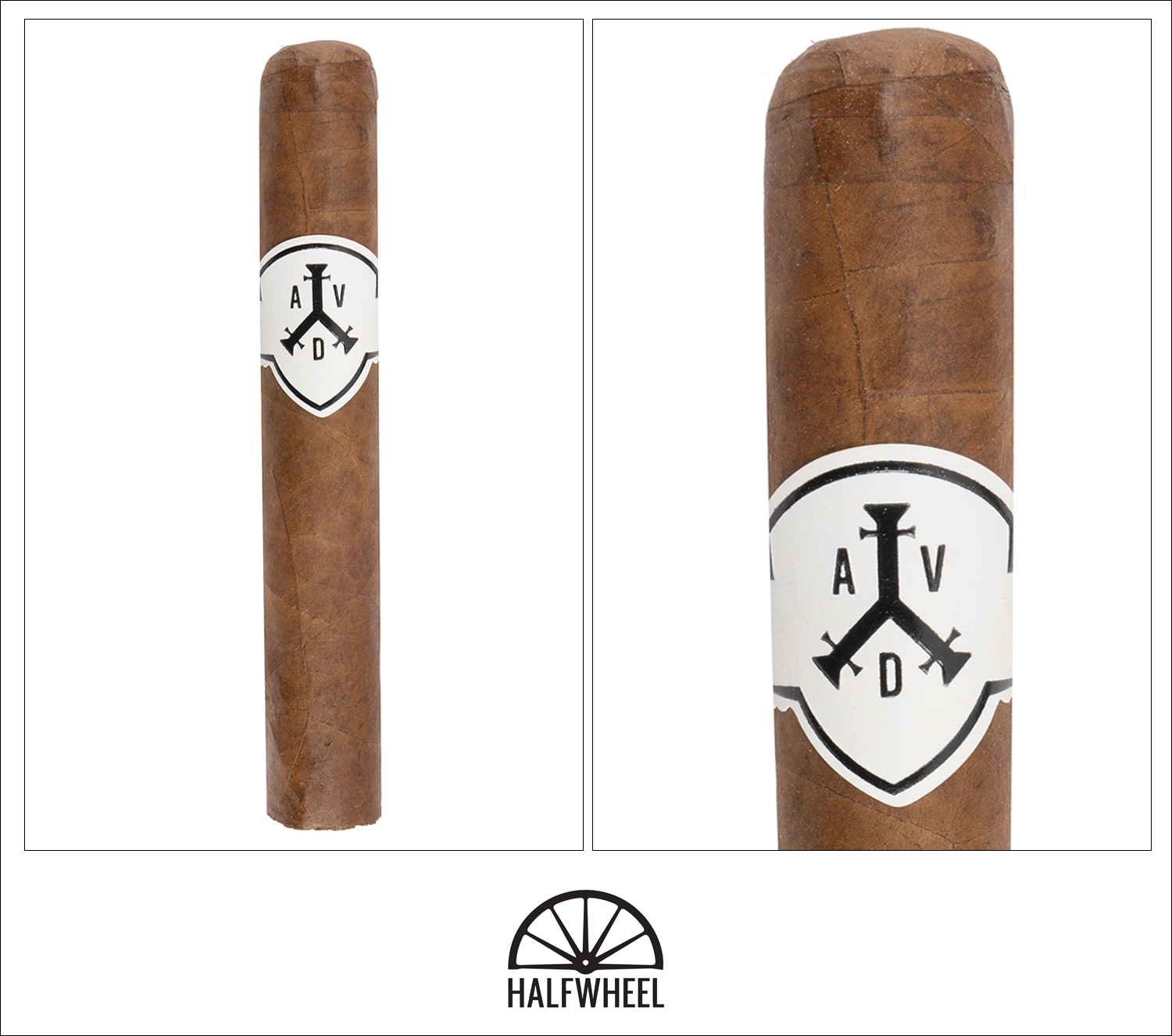 At first glance, the ADVentura The Conqueror Comandante isn’t what I would call a standout cigar. It looks fine, just familiar in its 5 x 50 robusto vitola with a wrapper that is nutty in color and a tick darker than what I would generally call medium. There is some texture to the cylinder, the wrapper has a fairly average vein structure, the seams are just barely visible, and the cigar looks to be well made. It is rolled to a decent firmness, offering just a bit of give, with a cap that is just a bit flatter than average but not looking like it was crafted to be distinctly flat. The band is on the minimal side as well, showing the company’s logo in black ink on an off-white, somewhat cream-colored background. The foot of the cigar offers a fairly soft and mild aroma that is predominantly wheat bread, though I get a bit of dry tobacco and just a touch of black pepper. The flat cap takes a bit of scissor work to remove, and once gone the cold draw delivers flavors of dry, baked pretzels, a bit of dry kindling and just a touch of pepper, while airflow might be a tick open but isn’t concerning.

The ADVentura The Conqueror Comandante starts on a fairly unassuming, offering a rich and creamy backdrop on top of which sits a bit of the same wheat and wood combination that I picked up before lighting the cigar. There is just a bit of pepper in the mix as well, and it’s that component that imparts a tingle throughout the mouth on the finish. The creaminess also leaves a bit of sweetness in its wake, a flavor that makes me think of having a sip of steamed milk that would be made for a latte. While the creaminess gets a bit thinner after the first clump of ash drops off, it is still the first thing I taste in the cigar. Retrohales get a bit brighter with white pepper taking over, giving the overall experience more brightness and vibrance, and in turn making it much more complete than going by what the palate gets. As the burn line approaches the second third, the pepper gets a bit sharper on the palate, and what had been a smooth, creamy profile now has some character and edge. Flavor progresses from a smooth medium to medium-plus, body stays closer to medium, while strength builds from mild to a medium-plus by the midway point. Construction, combustion, smoke production and the draw are all excellent.

The second half of the ADVentura The Conqueror Comandante sees the black pepper continue to increase with almost every puff and eventually pulls some dry, slightly rough earthiness into the mix as well. It’s certainly an interesting and engaging progression of flavors, and just as I’m beginning to want for some more creaminess to round out the profile, it comes rushing back into the flavor just ahead of the final third as the smoke production seems to ramp up as a result. Touches of woodiness come into the flavor soon after, which each flavor profile lasting only about two or three puffs before shifting again, almost as if the cigar is performing a medley of flavor profile hits, each hitting the right notes and resonating well on the palate. And then, seemingly without warning, the flavor changes stop, the cigar reaches about an inch left and the lights go out, signaling that the show is over after about an hour and 55 minutes of smoking time. An abrupt end to a very good cigar that spends most of its second half in medium-full flavor territory, with a medium-plus to full body and strength that steadily ticks up to just shy of the full mark. Construction remains excellent across all the categories.

After the success of The Royal Return Queen's Pearls Corona, I had almost forgotten how good The Adventurer was until smoking it for a redux. It would be too easy to call the cigar an adventure in flavor, but I have to say that the blend does chart an impressive course from start to finish. As noted above, it starts with a rich and creamy profile and goes through some rapid transitions in the second half before pulling into port and the experience coming to a fairly quick end. Construction is fantastic, which works to make the enjoyment of the flavors that much easier. Revisiting the ADVentura The Conqueror after a year or so of rest reminded me that not only is The Conqueror a fantastic cigar but also that the ADVentura line might be one of the most interesting and underrated brands on the market at the moment.