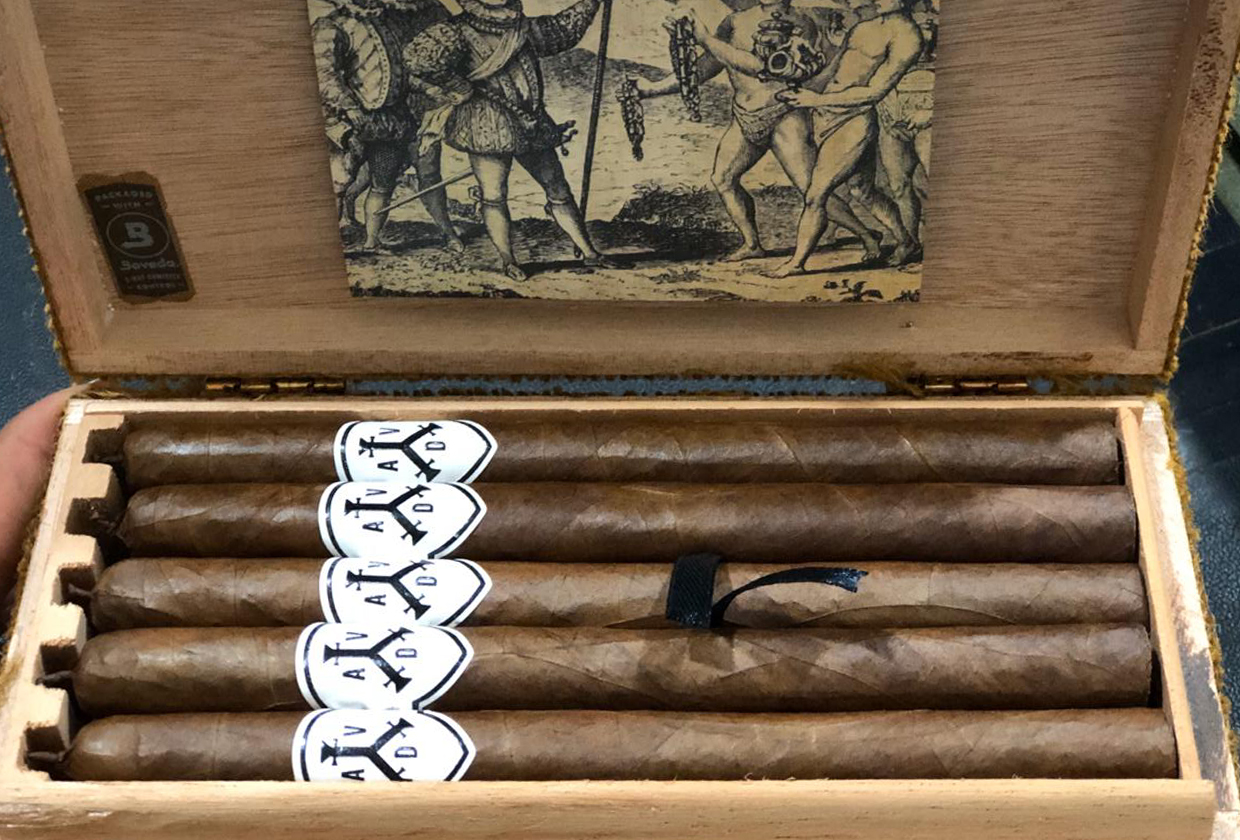 ADVentura is giving its The Conqueror line its first limited edition.

The new cigar is a 7 x 40 lancero that keeps the same blend components as The Conqueror, but removes all the ligero and replaces it with all viso leaves. “This makes it very flavorful on that small size,” Marcel Knobel told halfwheel, adding that all of the tobaccos have been aged for seven years. As for that blend, it uses an Ecuadorian habano 2000 wrapper, Indonesian Sumatra binder, and fillers from the Dominican Republic and Nicaragua.

The company is producing just 250 boxes of 20 cigars at Tabacalera William Ventura, with 190 of those boxes designated for the U.S. Individual cigars will be priced at $11.50, before taxes. While it’s a limited production, it is slated to be an annual release, though Knobel noted that the cigar will be produced just once per year.

ADVentura The Conqueror debuted at the 2019 IPCPR Convention & Trade Show, with four sizes released. The U.S. gets two of the vitolas, Comandante (5 x 50, $12) and El Capitán (6 x 60, $13.80). while the Cañonero (7 x 60) and Marinero (5 x 52) are only available in European markets at the moment,. The cigars come in boxes designed to look like boats, with a hole in the bow for a cigar to replicate part of the spritsail’s rigging.

ADVentura is the creation of ADV & McKay Cigars Co. S.R.L., which was founded in 2016 as a cooperation between Henderson Ventura of Tabacalera William Ventura and Marcel Knobel, a Swiss sommelier and coffee producer and retailer. The company released its first cigars to European retailers in 2017. Its portfolio also includes ADVentura The Explorer and ADVentura The Navigator.