Oettinger Davidoff AG, the parent company of the Davidoff brands, has spent the last four years making over almost all of its portfolio. There’s been a plethora of new brands, new packaging and an aggressive marketing blitz—and it’s safe to assume that both the resources spent and the subsequent success are the envy of many of the Swiss company’s competitors.

There are a few brands that haven’t received much of an update, however. Baccarat, the sweet-tipped Honduran-made cigars that are some of the company’s best sellers, remains untouched. The Griffin’s has received one new line and a handful of limited editions, but otherwise is very much the same. And Zino, the brand named after Davidoff’s founder has also largely been left alone.

Yet, in the case of Zino—or more specifically Zino Platinum—that didn’t seem like that was the company’s intentions. A little more than a year ago, Davidoff announced it had hired UR New York, an artist duo from New York City, to become brand ambassadors and be part of “The Remake.”

Zino Platinum was launched in 2002 as a high-end brand with inspiration in the hip-hop world. It partnered with Pete Arnell, an ad executive, and Steve Stoute, a music manager turned ad man, to develop the brand. The brand introduced itself at a party with Jaime Foxx and Naomi Campbell in attendance and expanded to include a few different lines throughout the next decade. Its Crown Series was noted for high prices, $30-40 per cigar, and larger sizes, 60+ ring gauges.

While the Crown Series garnered fans, it was also a $30 cigar in 2008 and as cigars got stronger and larger, it seems to have fallen out of favor.

In 2012, Zino Platinum partnered with UR New York for the first time to celebrate the 10th anniversary of the brand, called The Make. Mike Baca and Fernando Romero created the design of the limited edition boxes. A year later, the duo was back again for The Make of New York and The Make of Los Angeles, then again in 2014 for The Make of Texas.

Zino Platinum wouldn’t be heard from in 2015, but then Davidoff announced that Baca and Romero were now brand ambassadors and working on The Remake.

In November of last year, the Zino Platinum Exclusive Series debuted at Doc James in Mamaroneck, N.Y., debuting without the same fanfare that most new Davidoff of Geneva USA products receive. There was no press release, no real information about the cigar, and lacking the narrative Davidoff normally produces.

The project is a single cigar sold to 12 different stores, each packaged in their own exclusive boxes designed by UR New York. Baca and Romero were on hand to personally launch the cigar in each of the 12 stores. 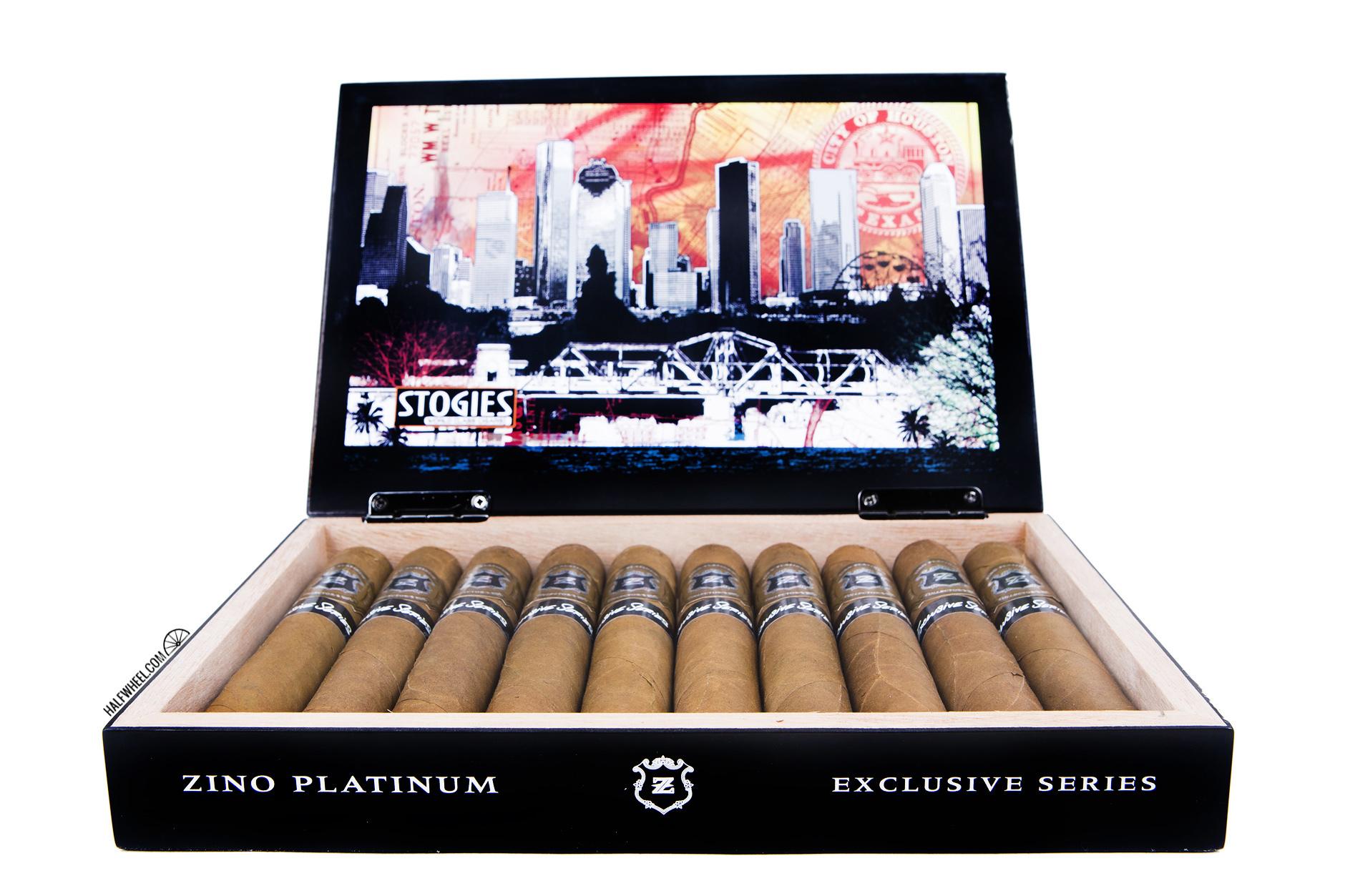 As for the cigar itself, it’s a 5 7/8 x 56 parejo with an Ecuadorian habano wrapper, a Dominican binder and fillers from the Dominican Republic and Honduras. The company says all of the tobacco used for the Zino Platinum Exclusive Series is at least five-years-old. This is a large cigar. Because of the dimensions, it sort of feels like a petite version of a 6 x 60, if such a thing could be described as petite. My cigars were removed from their cellophane well before I had a chance to inspect them, but I’m able to pick up a strong mixture of leather, raisins and wood polish. The foot is sweeter with cedar, pecan and some vanilla extract. As for the cold draw of the Zino Platinum, it’s quite muted compared to the strong aromas: twang, oak, graham cracker and a bit of a fried rice flavor.

That twang flavor sticks around for the opening puffs of the Zino Platinum Exclusive Series it’s joined by a sweet mixture of oak, creaminess, brown sugar and some burnt bread. While I can’t say exactly when, those flavors shift a bit. There’s Nila Wafer, creaminess, a more generic toastiness, burnt sugar, and some blackberries. The flavors are extremely intertwined, pleasant for a typical smoking experience, but extremely challenging for me as a reviewer. There’s only sore spot for the first third, as at times the retrohales are far too punishing for me to find any flavors, though that changes after the first inch and a quarter. The draw is a touch open, though appropriate for the size, and the smoke production is predictably massive. Strength is medium-plus while body and flavor are both quite full. As with the transitions in the first two inches, the flavors of the Zino Platinum shift slightly from puff to puff before I eventually realize that they’ve changed quite dramatically, at least on paper. The reality is the most elementary way of describing the flavor—sweet with some woody characteristics and no pepper—is really no different than the first third. There are some changes with a rye bread adding itself into the mix, lemon zest and earthiness, nuttiness and meatiness all present at one point or another. After the halfway mark I’m able to find hints of paprika and some white pepper, but both are minor and solely restricted to the retrohale. Construction remains the same as the first third, as do the levels of body, flavor and strength. 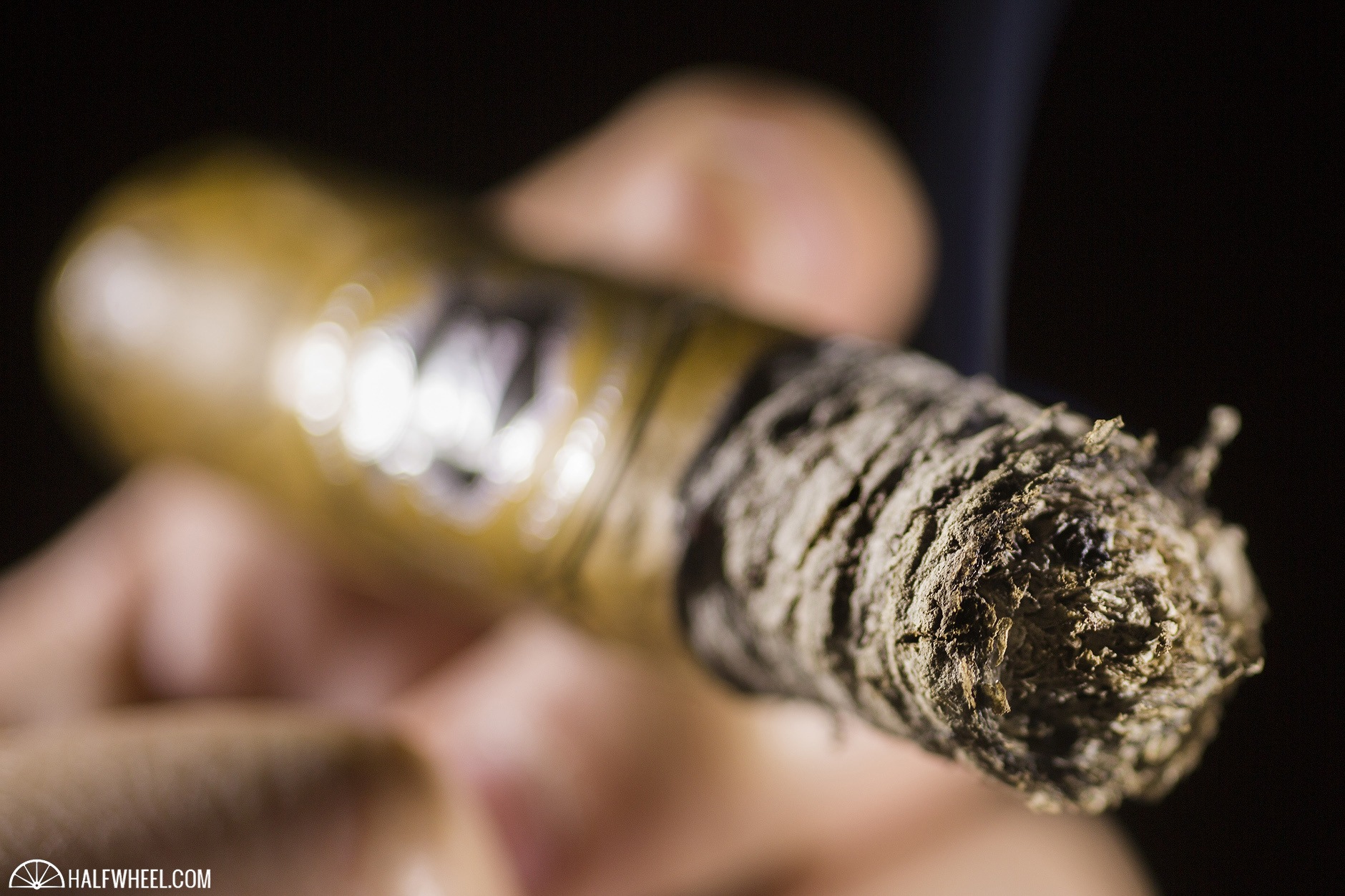 In a nod to just how subtle the flavor changes are, I realize that Nila Wafers are back into the fold in the final third. I never really realized that flavor had left the profile, but it’s now back at the forefront in the final third of the Zino Platinum. Barbecue sauce, lime and toasted breads are also standouts, with the latter picking up as the cigar moves closer to the end point. Construction is the same as it’s been from the start: the draw is a tad open, smoke production is large and my lighter hasn’t left my pocket. It’s a similar story for the body, full; flavor, full; and strength, medium-plus.