At the tail end of 2006, Davidoff released a cigar to commemorate the 100th anniversary of the birth of Zino Davidoff, the company’s founder. The Zino Davidoff 100th Anniversary, the cigar was sold in three different vitolas, all of which were sold unbanded and without cellophane.

The Robusto was officially released on November 9, 2006 at a dinner hosted by the Davidoff of Geneva Madison Avenue in New York City. The Diademas Finas vitola was introduced in Munich, Germany on March 15th at the start of a tour that also held events in Switzerland and various states in the United States.

The original cigars were packaged in boxes of eight, each containing artwork of Zino Davidoff. They looked like this: Last year, the company announced that it was released the remaining back stock of 6,400 cigars to 15 retailers in the U.S. The cigars were shipped in unmarked 100-count cabinets with an suggested retail price of $22, up from the original $15 in 2006. Covered in a red-brown wrapper that is sleek, almost silky smooth to the touch, the Zino Davidoff 100th Anniversary also features a surprising number of veins for a Davidoff. It is a bit harder than I would like when squeezed, but there is still some give there. Aroma coming from the wrapper is very faint, a combination of wood, leather, vanilla and musky earth. The cold draw has distinct notes of cinnamon, vanilla, white pepper and mushrooms.

The first third of the Zino Davidoff 100th Anniversary starts with notes of creamy oak, rich leather, earth and peanuts. There is a slight cinnamon note every once in a while on the retrohale, along with a nice white pepper that comes and goes throughout. I am also tasting a vanilla sweetness that seems to be gaining strength as the first third comes to a close. Both the burn and draw are excellent, and the smoke production is well above average, and very dense and white. Strength-wise, the Davidoff 100th barely makes out of the mild range before the second third starts, but does seem to be getting stronger. 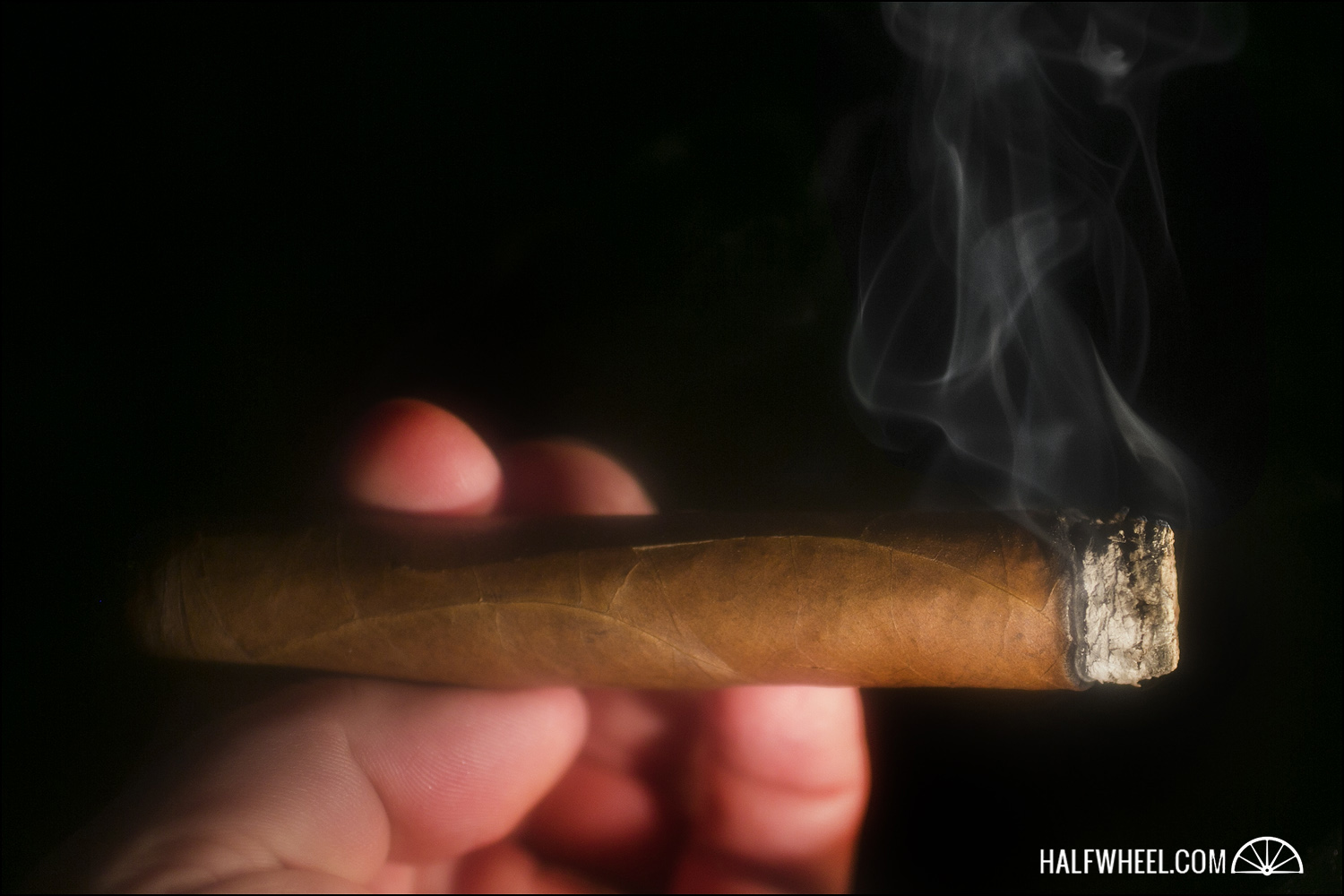 Profile-wise, there is not much change during the second third of the Zino Davidoff 100th Anniversary, with the main notes of leather, oak, earth, nuts and coffee flitting in and out on a constant basis. The profile is noticeably more creamy overall, and the white pepper on the retrohale has stayed consistent, while the cinnamon note from the first third has disappeared completely. A high note is the construction, which literally could not be any better, but the strength is not increasing as much as I hoped, and ends the second third still well below the medium mark. The Zino Davidoff 100th Anniversary adds a bit of saltiness to the lips that comes and goes and is strongest right at the start of the final third, but overall, the flavors continue along the same path as the previous two thirds: earth, leather, espresso, peanuts and oak. There is still a small amount of white pepper noticeable on the retrohale, but the level is down significantly from its high in the first third. The burn and draw continues to impress until the end of the cigar, and the smoke production level remains constant as well. The overall strength has bumped up a little, but still barely makes it into the medium category. The Zino Davidoff 100th Anniversary Robusto is one of those cigars that I really struggle to score. On one hand, the flavors are well defined and work well together, while the construction is top notch the whole way through. On the other hand, the profile is just not very dynamic and I could sense myself getting fairly bored two-thirds of the way through each sample. If you are looking for creamy and woody, easy to smoke, easy to enjoy cigar that you never have to worry about construction-wise, I am not sure there are many better examples on the market. If, however, you are wanting a more complex nuanced smoke with multiple transitions, it would behoove you to look elsewhere.