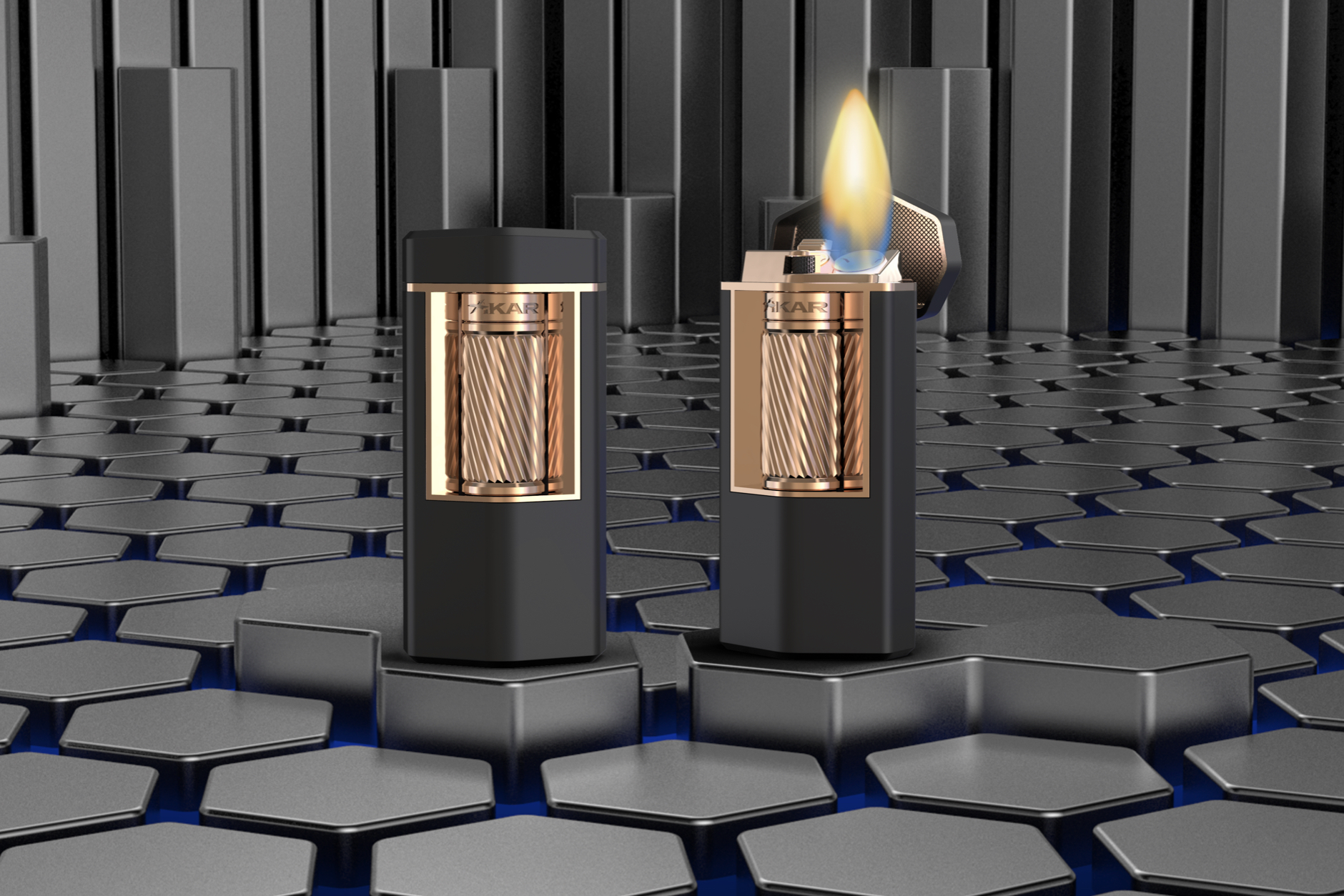 Quality Importers Trading Co., the parent of XIKAR, has announced that it has begun shipping the XIKAR Meridian. The new lighter is a unique triple soft flame lighter designed for smokers who want to efficiently light larger ring gauge cigars with a soft flame.

It uses an octagonal shape with an oversized rollerball, which sparks three different heating elements that are angled to create a large soft flame.

XIKAR is offering replacement flints priced at $4.99 per box of 10.