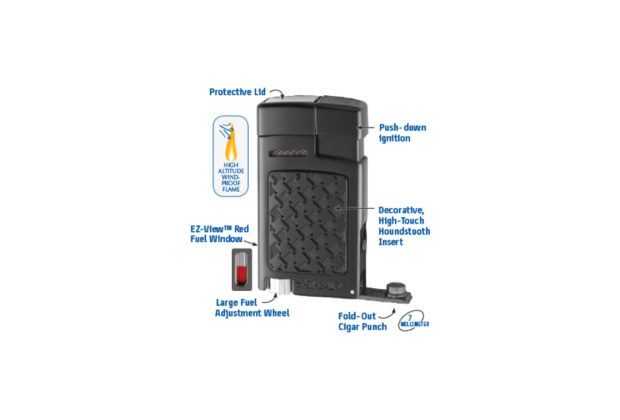 XIKAR has added a new version of its popular Forte lighter, a soft flame.

The company is now offering the high strength, high altitude soft flame that it made popular on the EX lighter in the Forte, which is also offered in a single flame torch version as well.

The Forte lighter is now available in a soft flame! We put the windproof flame to the test, now it's your turn! https://t.co/NrsSE4YAld pic.twitter.com/GMm5jDLWlM

Pricing is $69.99, the same price as the original Forte, for three finishes: Black, G2 and Silver. XIKAR has replaced the horizontal bar insert with a houndstooth pattern. Otherwise, things remain the same: a red fuel window, 7mm punch and push ignition that reveals the lighting element itself.