LUJ Luxury Cigars has announced the arrival of a new store exclusive for The Wolfhound Cigar Lounge in Wheaton, Ill., the aptly named The Wolfhound by LUJ. 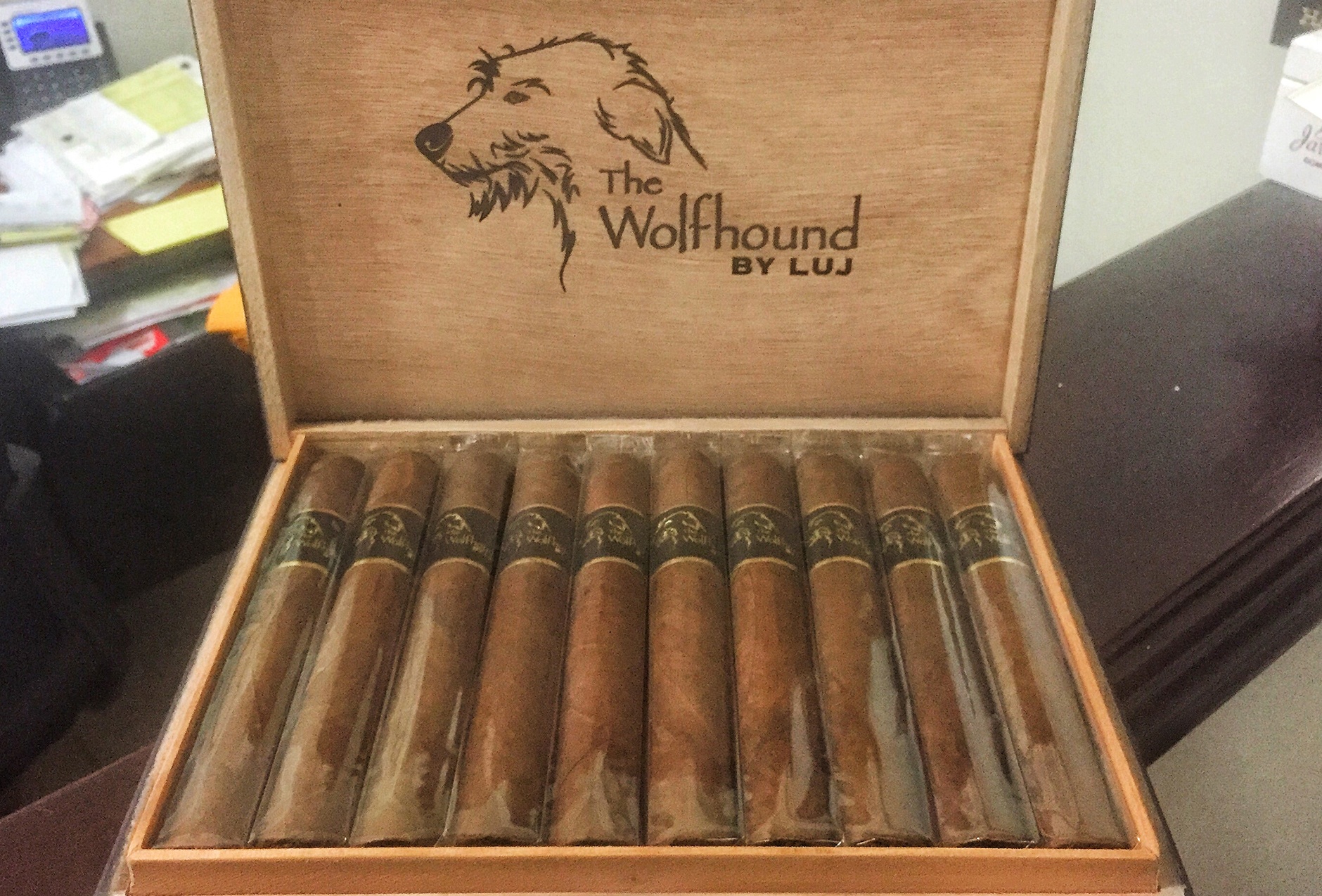 Luj Oluyeba calls the Wolfhound “a deconstructed Kuro, similar profile without the spiciness and a lot less body than the Kuro.”

The LUJ Kuro was launched at the 2015 IPCPR Convention & Trade Show. Its blend has not been disclosed, but on its website the company describes it as “a dark, oily and very aromatic masterpiece, intended to be an outstanding premium cigar, instead, it redefines the total experience expectations of a premium luxury cigar.” It is available in three regular production sizes, a perfecto (5 x 58), 00 (“double zero,” 7 x 47) and toro (6 1/2 x 54), with production handled by an unnamed factory in the Dominican Republic.

The cigars were delivered to the store yesterday, according to Oluyeba.