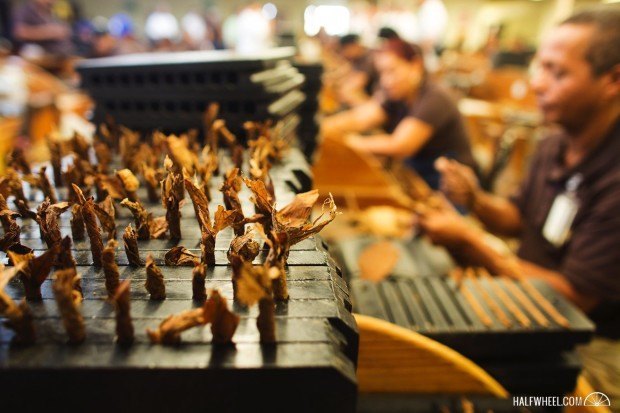 If you’re a cigar smoker you’ve probably heard requests for you to call members of Congress to tell them to exempt premium cigars from regulation by the U.S. Food & Drug Administration (FDA).

Here’s the six things you need to know about how things are going.

Congress is finishing up the omnibus spending bill. It’s one large bill that provides funding for much of the government. Included in a working version of the bill is language that would exempt premium cigars from FDA control.

However, the negotiations are done in private and they are ongoing. As such, there’s no guarantee the language will remain in the final version of the bill.

The cigar industry has asked its consumers to call Congressional leaders to make sure the language stays in the bill.

Under FDA regulation, a myriad of potentially catastrophic things could happen including a massive slowdown in new products, the end of limited production, the removal of up to half of the cigars currently sold on the market and the eventual shut down of many smaller companies.

2. WHAT WOULD BE EXEMPTED?

It’s believed the definition of “premium cigars” included in the bill is much more appropriate than the proposed definition by FDA. The language is likely to exempt premium cigars similar to how they are taxed under SCHIP.

This means cigars regardless of price, flavoring, whether they are entirely long filler or when they were introduced to market would be exempted.

While most of Congress left Friday afternoon, the leadership and those in the appropriations committee are working through the weekend to continue negotiations.

On Monday, sources told halfwheel and other media outlets that Minority Leader Nancy Pelosi, D-Calif., had rejected a recent version of the bill shifting the estimated date of the bill’s announcement to Tuesday with a vote coming on Thursday.

The delay means Congress will have to pass another short-term bill to keep various government agencies funded in the mean time.

A source told halfwheel there was no update as to whether or not the cigar language remains in the proposed bill.

Keep calling and writing. Below are three key members, please call and tell them premium cigars need to be exempted from FDA regulation.

A representative at McCarthy’s office told halfwheel that exempting premium cigars has been one of the top issues, receiving hundreds of phone calls on Friday.

That process is still ongoing.

The hope is that Congress will keep the exemption language in the omnibus bill, making Option 1 and Option 2 irrelevant. However, if Congress fails to include the language, all eyes will turn back to the White House Office of Management and Budget (OMB).

For more information about the omnibus bill and how it relates to cigars, click here.

For more information about the potential regulation of premium cigars by FDA, visit halfwheel.com/fda.