Kyle Gellis declined to talk a lot of specifics, including size, but he did tell halfwheel that it is made at Tabacos Valle de Jalapa S.A. (TABSA) in Estelí, Nicaragua and uses entirely AGANORSA leaf, meaning it is likely a Nicaraguan puro. The cigar will be called Celestial. 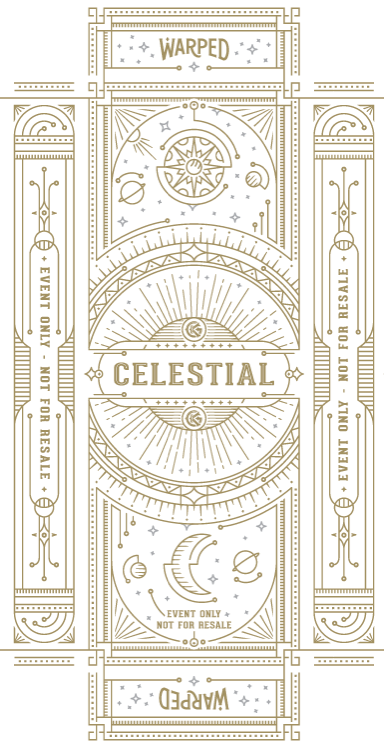 “I wanted to do something out of the ordinary for attendees of Warped events and so I blended something different,” said Gellis in an email.

He indicated that it would be available in three-packs at events beginning this quarter.

Warped also has its Flor Del Valle line produced at TABSA and its upcoming La Hacienda line will also be produced at the factory.

Update (March 27, 2015) — Warped has indicated the name of the cigar is Celestial. Added artwork.