In 2014, a blast from the past returned to the cigar industry.

It wasn’t that long since Kyle Gellis had been selling cigars under the Anubis and Osiris names. Gellis started in 2008 with lines from El Titan de Bronze and while Warped wasn’t a well-known name in cigar shops, it certainly was mentioned frequently on cigar forums. And then Gellis disappeared for a bit, focusing on finishing his college education before coming back in 2014 with a very new look and a brand that extended well beyond cigars. 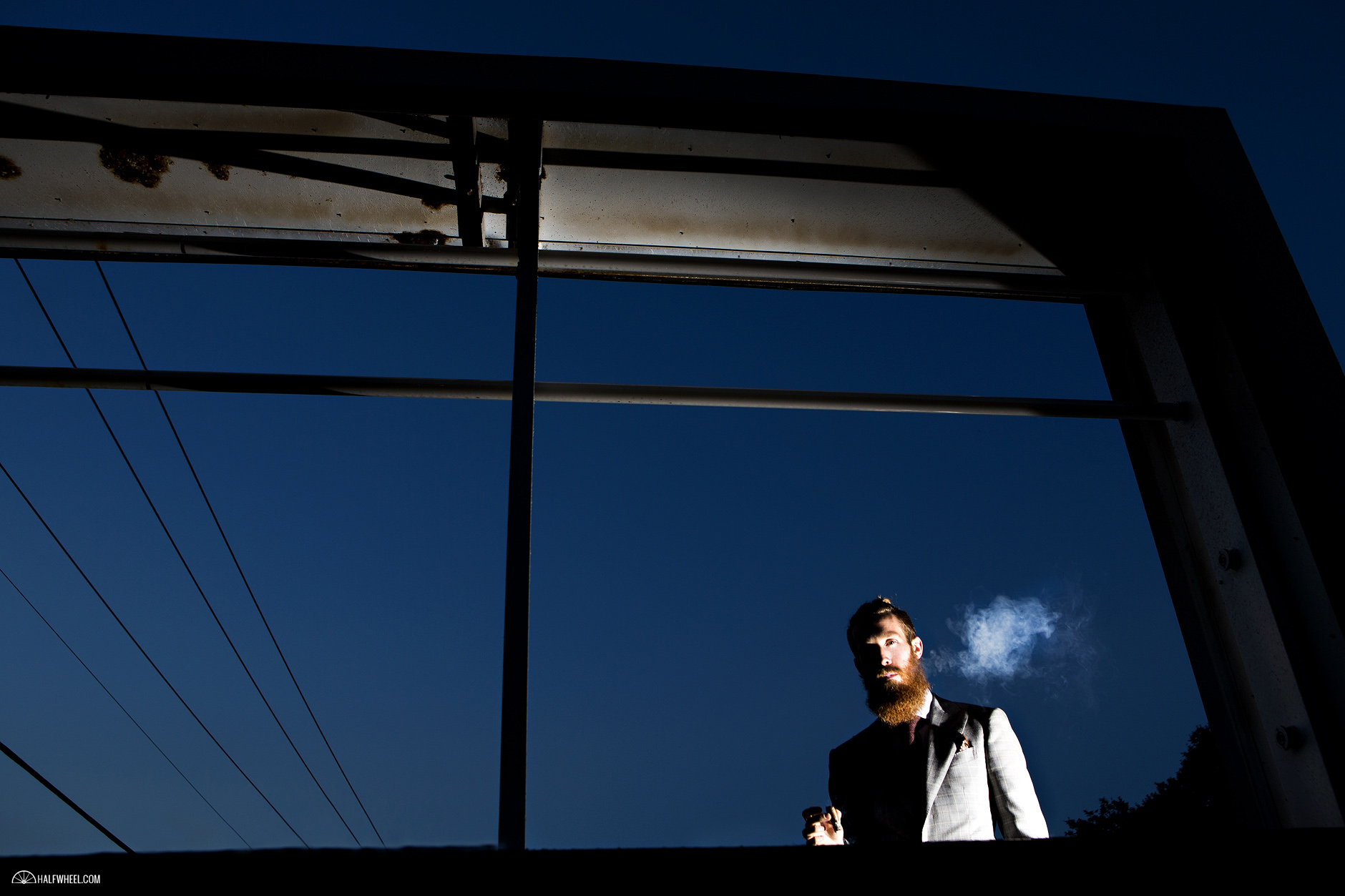 This portrait was taken in Addison, Texas using a Canon 5D Mark III and a 24-70mm f/2.8 lens set at 28mm and f/5. The shutter speed was 1/100 second at ISO 100. There were two sources of light: ambient light coming from the setting sun behind Kyle and video lights held to the bottom right by Charlie. The photograph was then converted from RAW and color corrected in Adobe Lightroom before being adjusted for color, contrast and sharpness using custom actions in Photoshop CC.