Last month, Viva Republica announced that it would be creating a cigar for Veterans Day with the intention of making a donation to Operation: Cigars for Warriors, a charity that sends cigars to activity duty military overseas.

Viva Republica created 100 bundles of 20 cigars, which retailed for $6 per cigar, and then donated the proceeds to Cigars for Warriors. The cigars themselves were a bit understated compared to most Viva Republica releases, coming in bundles and using a basic white band instead of the high-contrast artwork the company normally uses. Like the rest of the company’s lines, the cigar is made by La Aurora, using a Nicaraguan wrapper that Holly said he has been toying with for a while. The cigars shipped on Nov. 10, 2014, the day before Veterans Day. 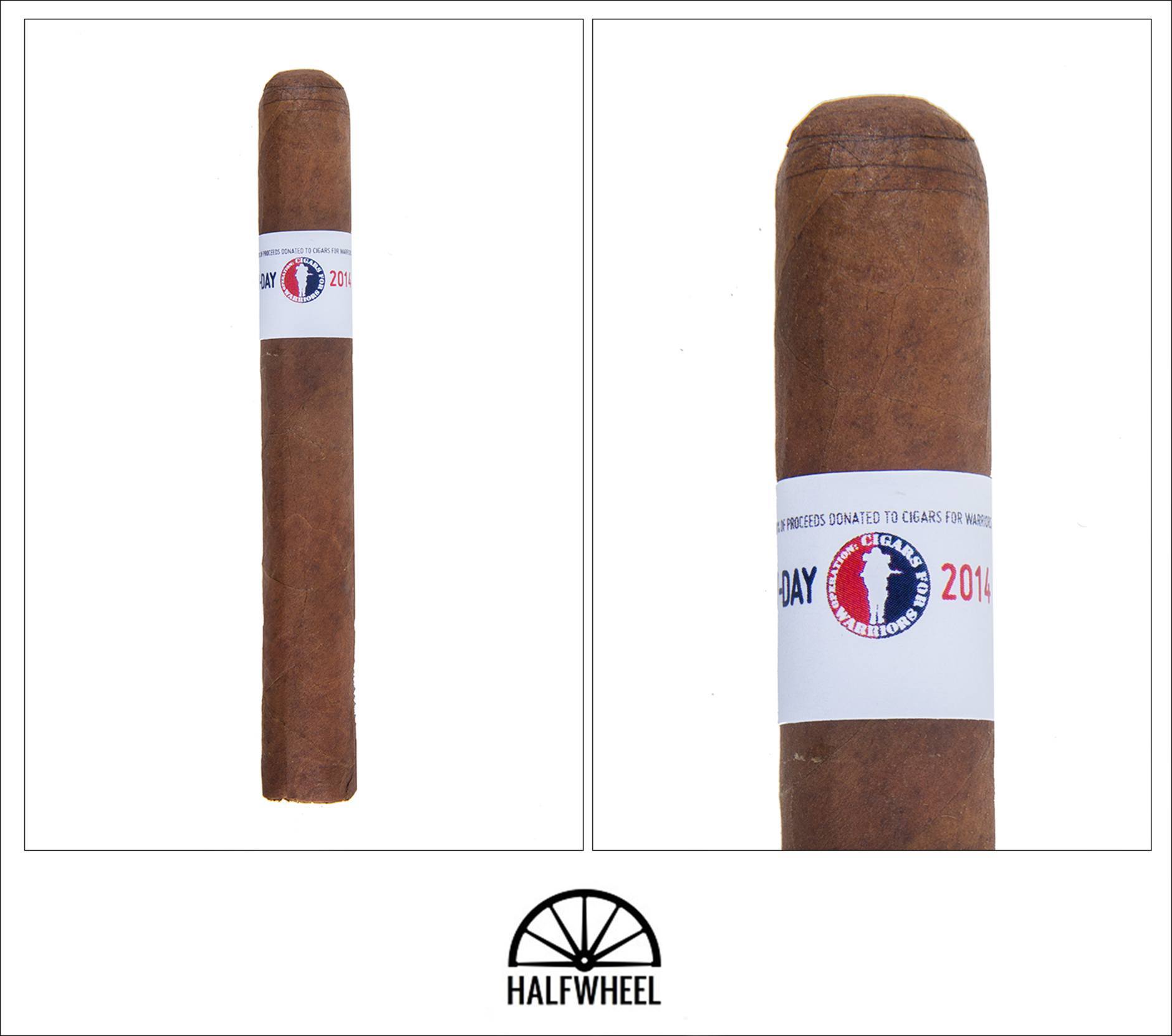 The C4W V-Day has a ton of reds in the color. One of the four samples purchased seemed a bit tighter than the others as far as rolling goes, but not overly concerning. Aroma once the cigar is out of the cellophane is a sweet mixture of butterscotch, cedar and leather. From the foot I pick up a plethora of sweet vanilla, perfume and floral touches. There’s a big cocoa flavor on the cold draw of the Viva Republica alongside wheats, nuts, grass and some ginger.

Somewhat unexpectedly, the butterscotch is the dominant flavor once the Viva Republica is lit. It’s joined by white pepper, deep nuts, aged leather and a sweet floral flavor towards the end. An inch in and things have completely changed with a sweet chocolate and fruit combination dominating the profile alongside barbecue, perfume and woods. After the inch-and-a-half mark I manage to find a sweet mixture that reminds me a lot of Dr. Pepper on the finish in the nose. The C4W V-Day is a bit odd as far as coming together: mild in body, medium in strength and full in flavor. The great construction continues up until the halfway mark and then all three samples need help staying lit. The combination of sweet fruits and cocoa remain, this time without a mild harshness in the back of the throat. The only other major shift flavor wise is a lemon sorbet note accenting the fruitiness. Where the cigar changes dramatically is in strength, which is now solidly medium-full and building. A perfume and bread combination develops on the finish as the cigar transitions into the final third. It’s a sign that the Viva Republica is going to change, and change it does. A harsh black pepper and licorice note overwhelm the retrohales, leaving a sting and hints of mint behind. The last major transition is a salty and woody combination on the finish with hints of peanuts as well, although the latter never really fully develops. Eventually the burn issues start back up again and I decided to put down the C4W V-Day Limited Edition. 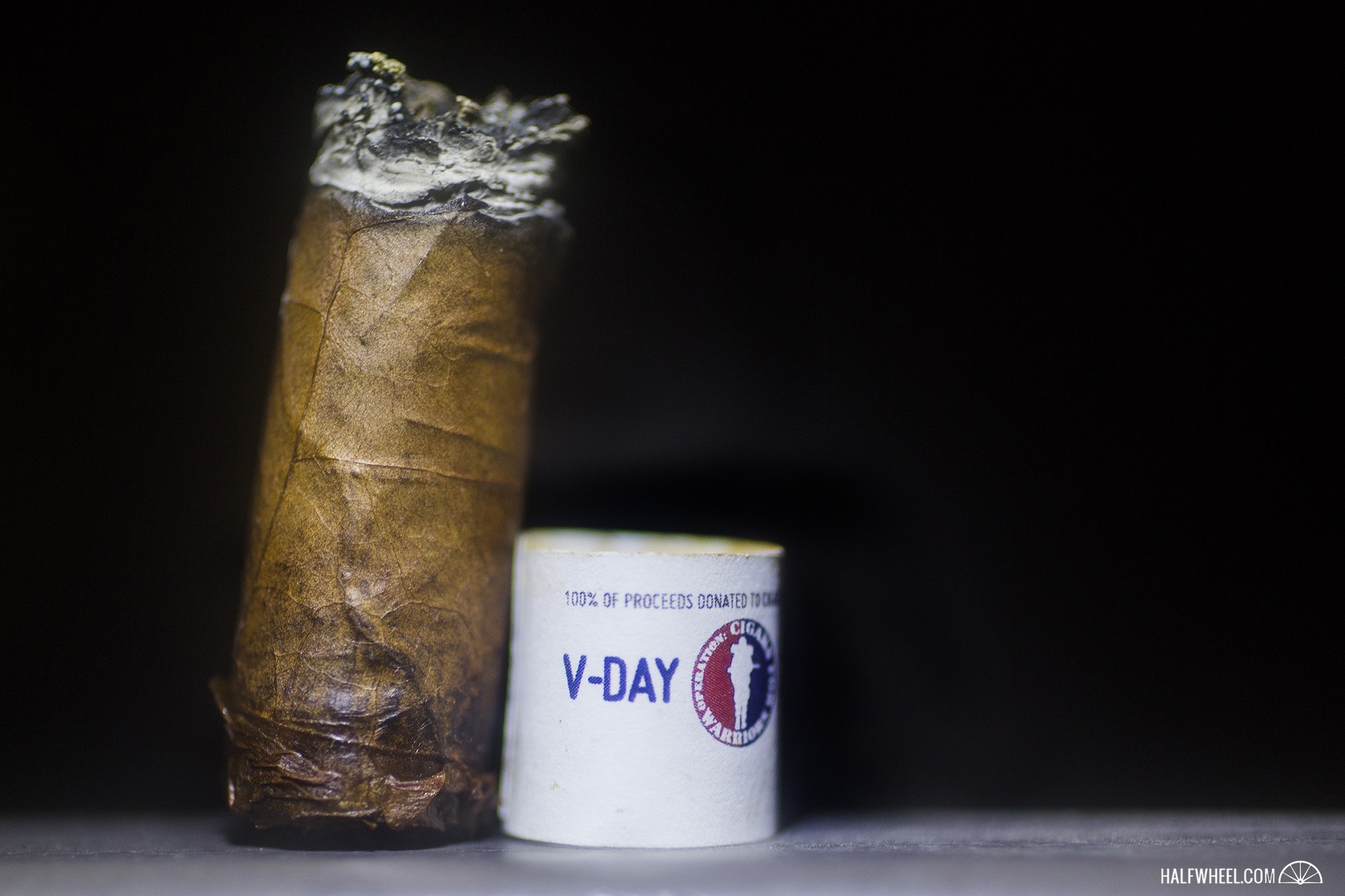 We are giving away a box of Guerrilla Warfare courtesy of Viva Republica.
For every person that enters the contest, halfwheel will donate $1 to Operation: Cigars for Warriors.
Contest closes Dec. 19, 11:59 PM CST. We will announce the winner and post a picture of the check on Dec. 22.
In order to enter, please leave a comment. One entry per person, contest rules are here.
88 Overall Score

There's no question that the Viva Republica / C4W V-Day Limited Edition Charitable Release is a sharp departure from the company’s previous releases. I would say almost all of the company’s previous releases sans the original Rapture seem based around a stronger body and strength. It’s not that the portfolio isn’t flavorful--it has that covered--but the body and strength seem to be the guiding light in terms of the consistency of each line as a whole. Not only is this release not as strong in either category, it’s at times a bit all over the place. The C4W still does not taste like it's part of the La Aurora-made family, but this time it’s due to the brightness and diversity of the flavors. The first half was an example of one of the better cigars I’ve smoked this year, but I struggled keeping the coronas lit, and as is so often the case, the flavor profile suffered once that happened.