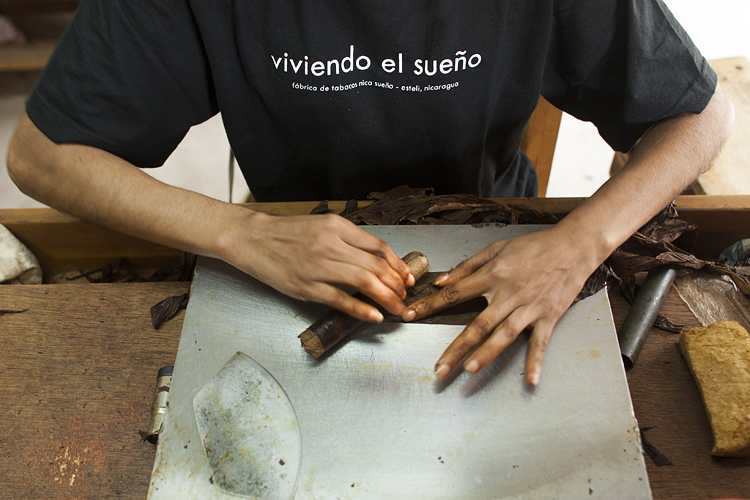 Ever since smoking my first RoMa Craft Tobac cigar, I have wanted to visit the company’s factory, Fabrica de Tabacos NicaSueño S.A.

I had been told it was compact, but even I was a bit taken aback by its intimacy. Located in the back of a house in an unassuming neighborhood of Estelí, Nicaragua, you would never know it was there if you did not have an address. You walk through a living room and kitchen before going into the backyard where you see two teams of rollers in the front and a quality control table in the back behind them.

RoMa Craft Tobac cigars waiting to be inspected after being rolled.

A worker rolls a RoMa Craft cigar while wearing a shirt with the saying “viviendo el sueño,” which translates to “living the dream.”

A bunchero checks quality control on one of the RoMa Craft cigars that was just rolled.

The RoMa Craft factory is small at this time with only two teams working, but extremely efficient.

Despite its smaller size, it is obvious when visiting that the people working there know exactly what they are doing and are extremely proficient at their jobs.