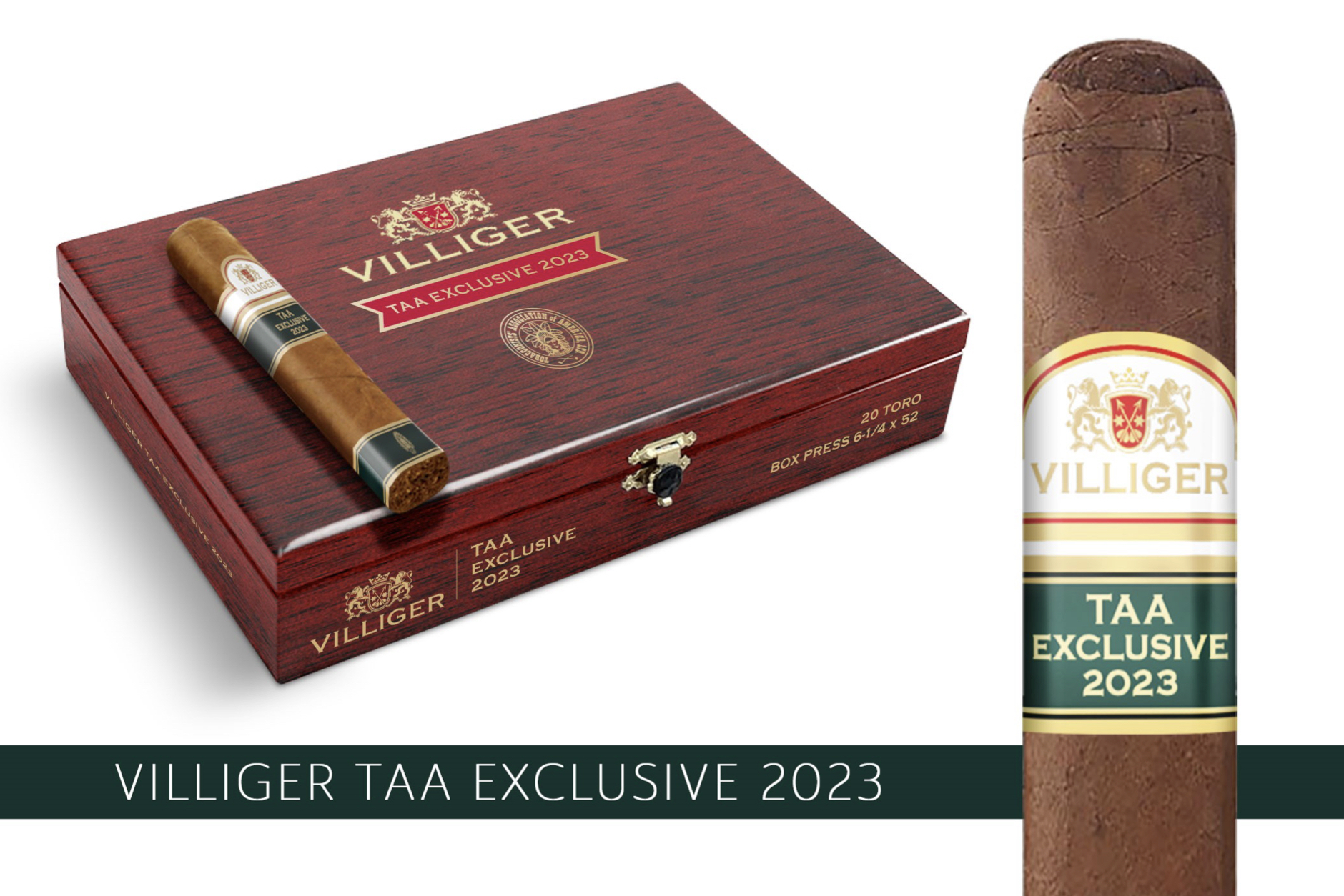 For the last three years, Villiger Cigars North America has used a different factory for its exclusive cigar for retail members of the Tobacconists’ Association of America (TAA). Next year’s cigar, the Villiger TAA Exclusive 2023, will be made at a different factory, AGANORSA’s Agricola Ganadera Norteña S.A. factory in Estelí.

The Villiger TAA Exclusive 2023 will be a 6 1/4 x 52 box-pressed toro made entirely of Nicaraguan tobacco, topped off with a habano-seed wrapper. It has an MSRP of $15 per cigar and is limited to 500 boxes of 20 cigars.

This is the fourth different factory that Villiger has used for its TAA release in as many years:

During the event—which will take place March 26-30 at Casa de Campo in the Dominican Republic—the organization holds two selling events, one known as the Dream Machine, where the retailers collectively order to secure larger discounts, while the other is a more traditional trade show. Typically, around a dozen manufacturers release new exclusive cigars for the retail members of the organization under the TAA Exclusive Series Program banner. Those manufacturers agree to give a portion of the proceeds to the organization, a minimum of 50 cents per cigar.

Most years, these cigars are announced in the month leading up to the event.