The inspiration for the marca came awhile ago as I have an affinity for Jalapa, the sweet profile and aroma it gives off is just relaxing to me, so when I started playing around with the idea of captivating a blend of dominant Jalapa leaf, the Conn Shade capa was the ideal choice. But the final decision to actually make this marca a reality was on one of my recent trips to TABSA when time after time, I kept going back and smoking these throughout the days at the factory. I couldn’t stop, it was just the right cigar.

Shipping just a few days before the show, which took place in July, the Villa Sombra only comes in two sizes. The Villa Sombra Mojitos has a mottled medium brown wrapper with a pleasing soft, oily feel to it and very little give when squeezed. Coming off the wrapper is the aroma of fresh hay, nuts, grains and a hint of vanilla. On the cold draw I get a flavorful burst of hay, nuts, vanilla, some strawberry jelly and a bit of jalapeño spice on my tongue and lips.

Starting into the first third I get a lot of peppery elements up front—mostly black pepper along with some spicy peppers—followed by some cinnamon, vanilla and a touch of creamy cedar. While I thought I started the burn pretty evenly, it has gone pretty jagged right off the bat. Only a half an inch in the ash is already getting kind of flaky, which hopefully doesn’t continue throughout the entire cigar. As I move along the black and spicy pepper dies down a bit, leaving a more generic black pepper note somewhat in the middle of the profile. The cinnamon and spice note has grown, while the cream cedar and vanilla continue in the background. The second third of the mojitos continues with the spice and cinnamon up front, while the vanilla has gotten stronger and the black pepper continuing in the opposite direction, joining the creamy cedar in the background. A touch up is needed to keep the burn line even, while the ash is still flaking everywhere, though the bulk of it holds on to around the three quarters of an inch mark. A sweet fruit note has developed in the background, nothing specific, though it does add another nice dimension to the profile. Unfortunately the burn has gotten out of hand at almost 45 degrees, at which point it seems to have mostly gone out, requiring me to relight it. The profile hasn’t seemed to suffer too much from the touch up and relight, continuing with the spice-forward profile. 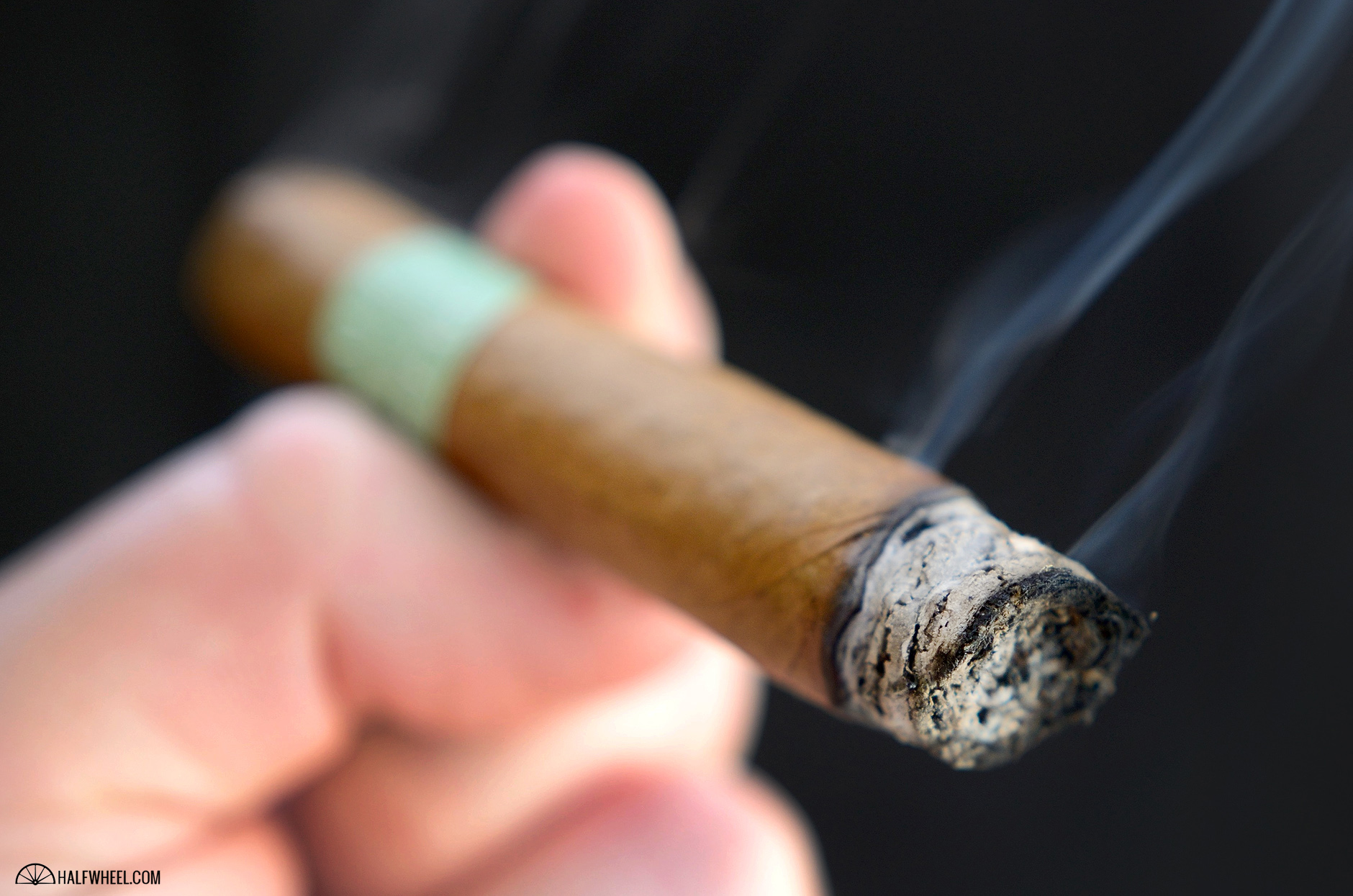 As I move into the final third, the profile has developed a bit of harshness, though I’m unsure if that’s due to the touch ups or just the cigar. Spice is still the dominating note up front, though the cinnamon note has mostly disappeared. Vanilla, black pepper, cedar and fruit are still all present in the background, rounding the profile out and staving off the harshness as much as they can. The jagged burn and flaky ash continue to plague me, but I manage to get to the end without having to do any more touch ups. The final inch sees the harshness grow enough to start drowning out the more subtle background notes, leaving spice, pepper and cedar to bid me farewell. 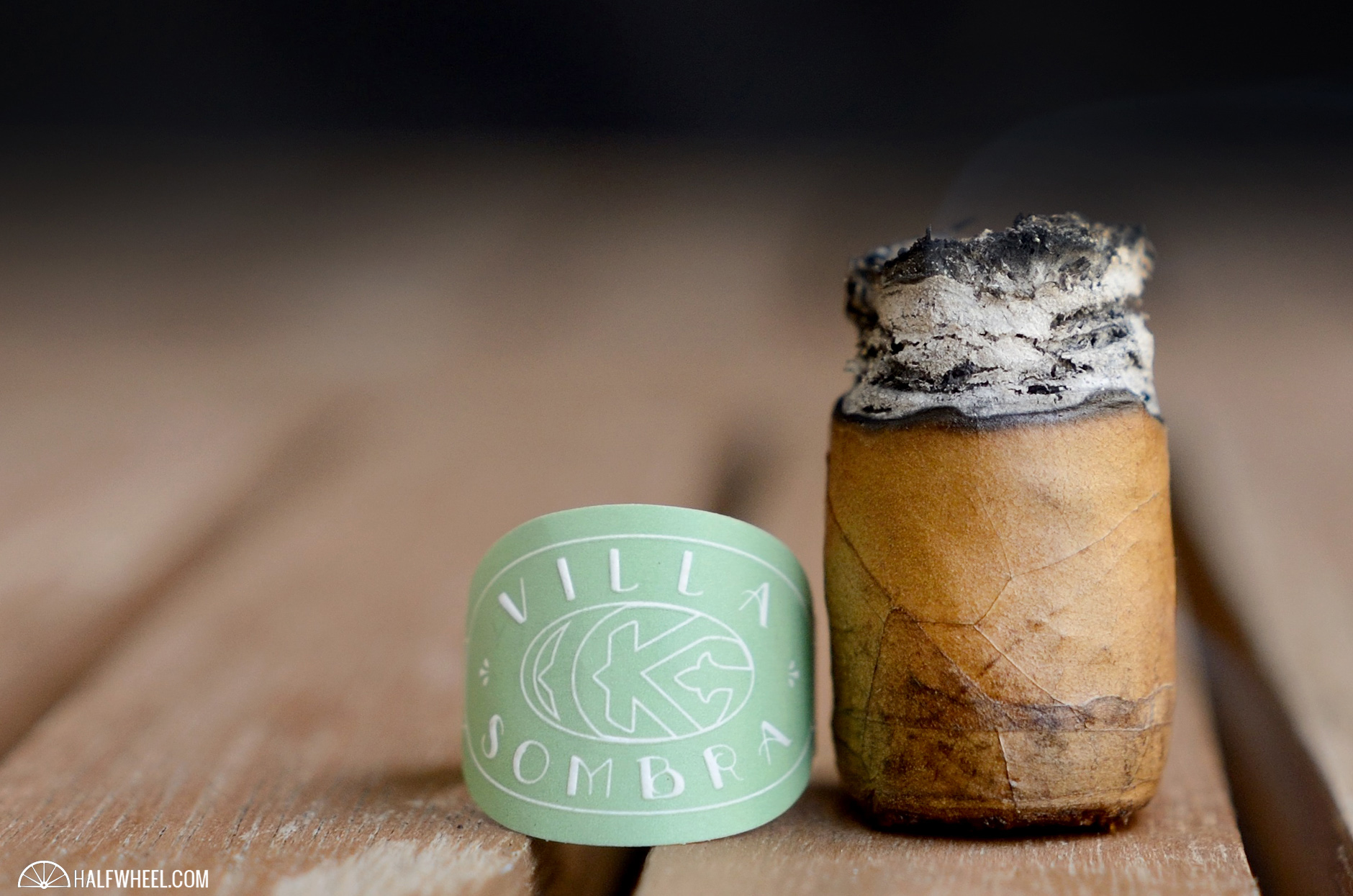 I was excited to try Warped’s foray into the Connecticut shade world, and overall I think it was a success. The flavors I love to see in a Connecticut wrapper were there, with good supporting flavors to round it out into a pleasant profile. I would have loved to see a little bit better construction, as the burn and flaky ash did seem to dominate my thought the majority of the cigar, but that’s something that can be looked past if the profile is enjoyable enough. While the ending did dwindle down a bit into harsh territory, I think this is a good cigar to give a try especially if you’re a fan of Warped.