In late June of 2010, Viaje released the TNT, a 6 1/4 x 54 cigar that was made to look like a stick of TNT. It has been known that the TNT would be released around the same time every year, as are most of Viaje’s various lines, but what was not known until recently is that there would be a companion cigar released at the same time in the same vein.

The Viaje C-4 is double triple capped, the second time this specific rolling effect has been used by Viaje, following the recently released Zombie. It’s box-pressed and a band that is placed in the exact middle of the cigar, making it look more like a block of C-4.

Like this year’s incarnation of the TNT, the C-4 will a fairly limited release with only 50 crates containing 75 cigars being released. According to Viaje, all Viaje retailers will get one or both the TNT and C-4 this year. 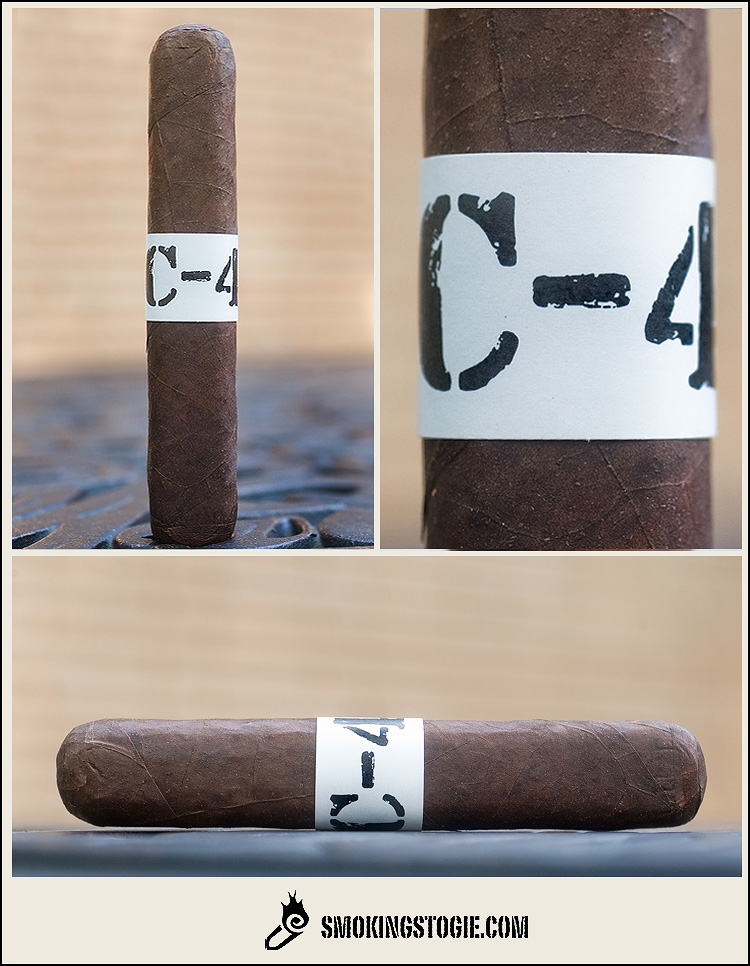 The cigar has a very dark espresso brown wrapper that is quite rough to the touch, albeit seamless and a bit of oil present. The band is simple, black and white, placed in the middle of the cigar. It is very hard when squeezed, just short of rock hard. The wrapper smells strongly of coffee, leather, cedar and pepper.

The first third starts out with a bit of spice on the tongue, and flavors of sweet leather and generic wood. Both sweet caramel and spice fade in and out of the early stages, although the latter starts increasing in strength by the end.

The spice is almost totally gone as the second third begins, now just a background note, and the sweetness is still in and out. Flavors of caramel, leather, dark chocolate, oak and a bit of earthiness emerge. It’s a nice combination, but I wish there was more spice to compliment the flavors. 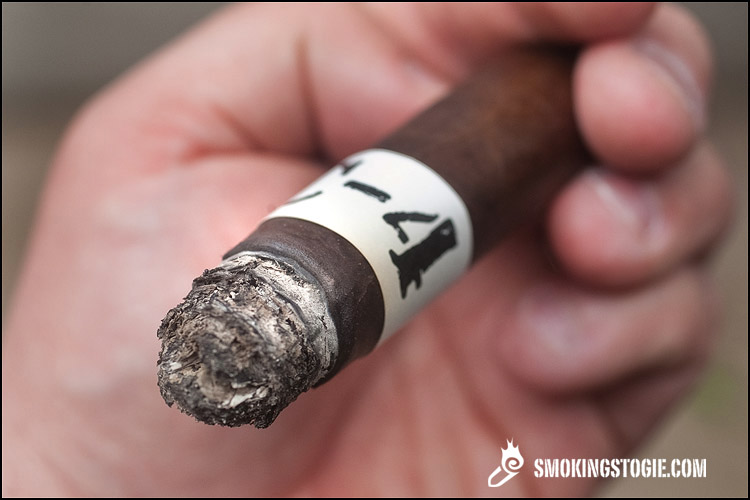 The final third mellows out considerably. The profile gets muddled with no flavors really coming to the forefront. It’s not bad, just nothing very distinct. 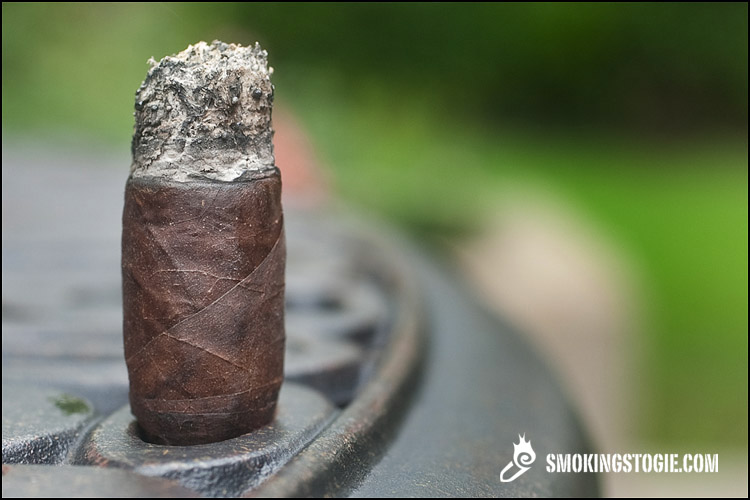 The distinct caramel and sweetness that was present for most of the cigar took me by surprise, especially considering the name of the cigar. The spice along with the aforementioned caramel sweetness was quite the interesting combination, but sadly, I wish the spice from the first third had stuck around longer, as it really set off the sweetness that was present in a great way. The final third of the cigar really fell apart flavor-wise, and that is a shame, since it brought down what was a pretty good cigar. I will be buying some more to see how they age, as I am interested to see if that last third ever develops further.