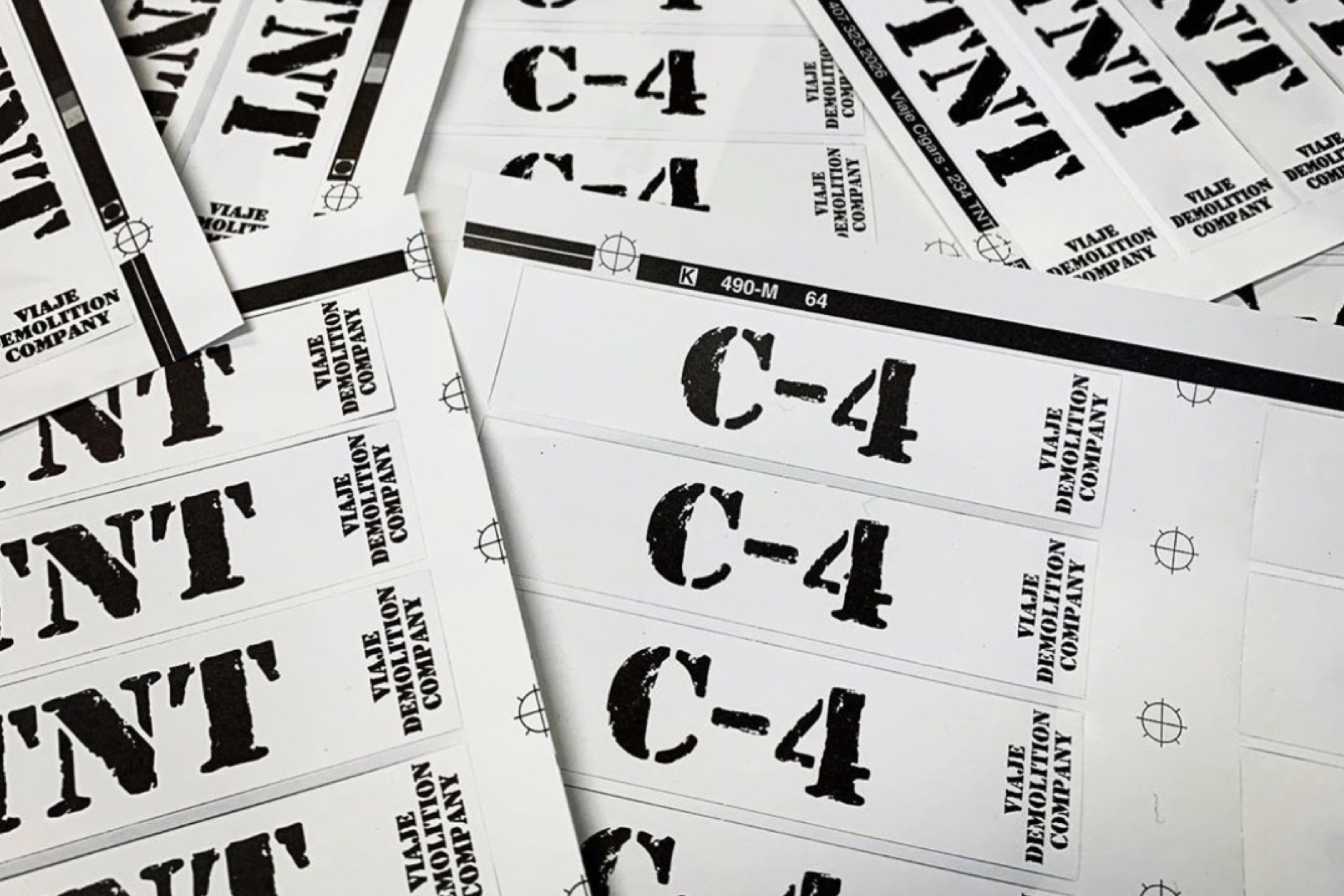 For the first time since 2016, Viaje’s C-4 and TNT cigars will be released, though with some notable changes.

The 2019 versions of the cigar will be produced in Nicaragua at Tabacos Valle de Jalapa S.A. (TABSA) in Estelí. Both cigars are Nicaraguan puros that will use a Nicaraguan corojo maduro leaf. The C-4 is a 5 x 56 box-pressed cigar that is capped at both ends, though the bottom cap has a small pinhole. A spokesperson for the company indicated pricing would be the same as the last release, which should mean $11.44 per cigar or $858 for a box of 75.

The last two versions of both cigars were produced at PDR Cigars in the Dominican Republic and used Connecticut broadleaf wrappers. Previous, both were  made at Raíces Cubanas in Honduras.