Anniversaries in the cigar industry are always a valid explanation for a new cigar. At one point, those were reserved for just major anniversaries, but at some point standards for what was important enough for an anniversary release just disappeared.

That being said, I don’t recall a company ever releasing a cigar for a half-year anniversary. At least not until this year when Viaje introduced the 10 Plus Two And A Half, a trio of cigars designed to celebrate the company’s 12 1/2 years in business.

All three of the cigars are 6 x 54 toros; two are rather similar and one is decidely different. The 10 Plus Two And A Half Gold and Silver are Nicaraguan puros using a criollo 98 wrapper over a corojo 99 binder and a mixture of corojo and criollo fillers. The difference is in the proportions of the tobaccos used.

The 10 Plus Two And A Half Red is not the same. It uses a Mexican San Andrés wrapper and is box-pressed with a covered foot.

All three cigars feature the same white bands, though the sides have different colors to delineate the three from each other. My initial thoughts of the Viaje Ten Plus Two And A Half are about the bands, as they seem abnormally high on the cigar. As for the cigar, it’s dark and box-pressed—and it’s also rather hard. It’s not dried out, as there’s still some sponginess when squeezed, but the core of the cigar is dense. The aroma from the Mexican wrapper has lots of acidity with leather, barnyard and some hot cocoa powder. There’s none of those sensations from the bottom of the cigar, which smells just like an oatmeal cookie. The cold draw is sort of a mixture between the two: some raisins, acidity and milk chocolate, but also with powdered ginger, around medium-full.

The first puff of the 10 Plus Two And A Half Red is interesting, though maybe not the most delicious of starts: lots of bark, gingerbread and some red pepper that lasts deep into the finish. Those flavors don’t stick around for very long, but the overall profile at its most basic level is a bit too earthy with some pepper and random sweetness. Leather and earthiness dominate the flavors in the mouth, but there is also some faint peanut butter and white pepper. Retrohales add more earthiness, but are then drowned out by peppermint and a very delicate strawberry sensation. The flavor is full, body is full and strength is medium-full. Two cigars have draws that are quite tight, though they do burn, while another cigar has extremely flaky ash. 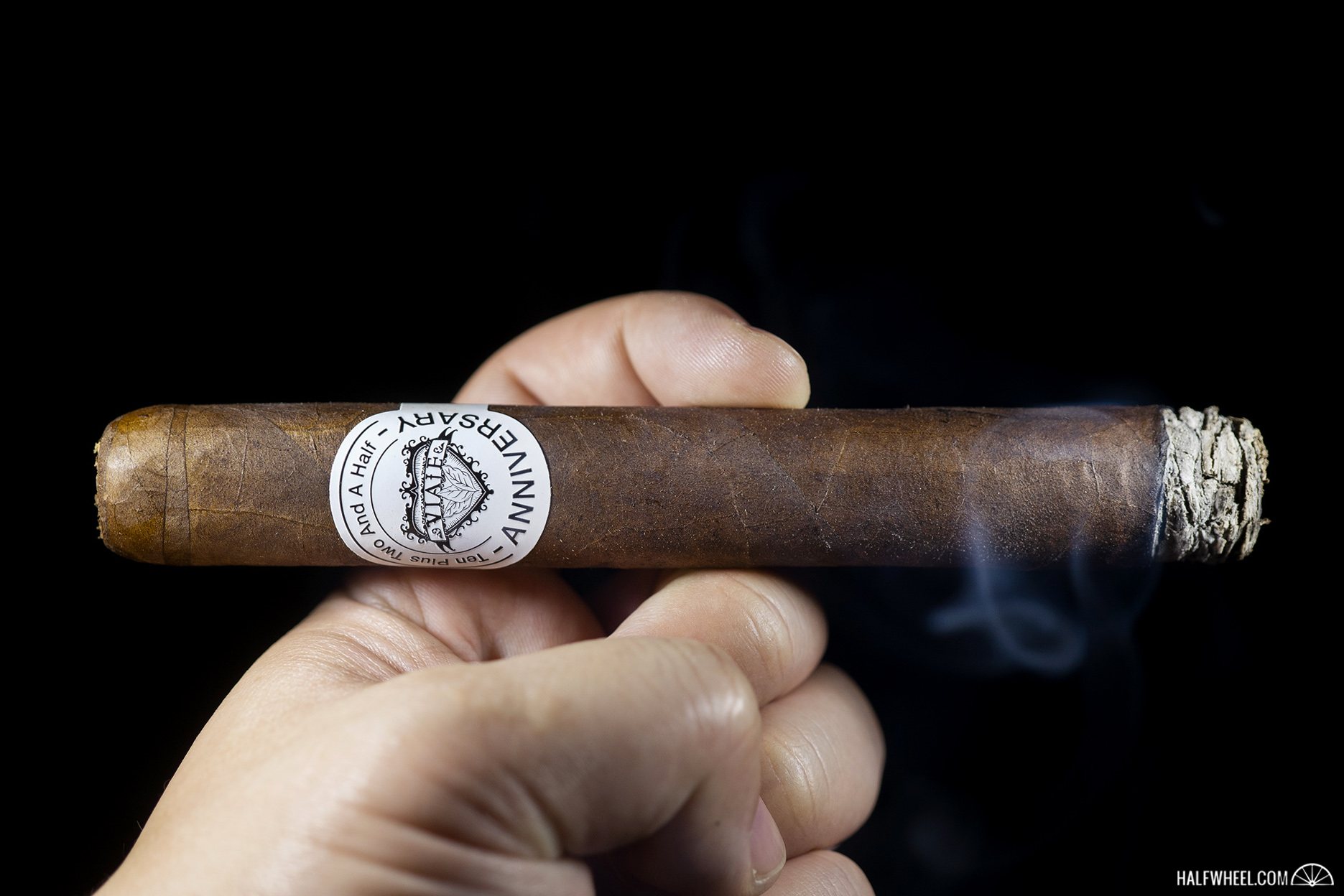 When comparing the first third and the second third, the flavors are quite a bit different, but much like the start, the sensations have a relatively similar end result. Leather remains upfront, now joined by nuttiness, creaminess and minerals. Retrohales are super sharp with a much stronger dose of white pepper, some acidic leather and a very delicate sugar sweetness towards the finish. The actual finish itself is creamy with some buttermilk and something that reminds me of soggy cereal. Flavor is medium-full, body is full and strength is medium-full. While construction isn’t flawless, I make it through the second third of each cigar without having to touch it up. The Viaje 10 Plus Two And A Half gets much toastier in the final third. It’s not entirely surprising as a progression, but the depth of the toasty flavors is overwhelming at times. There’s also an added saltiness in the mouth while cinnamon has now taken over the pepper sensations. Retrohales only add more toastiness to the mixture, but like the early parts, there’s still a very delicate but defined sweetness that I pick up right before the cigar enters what I would consider its finish, which is now a mixture of pita bread, generic nuttiness and a meaty flavor. All and all, it’s my favorite part of the cigar, though it’s all a bit odd. Flavor is full, body is full and strength is full. This is one of the more bizarre profiles that I’ve smoked in quite some time, one that I would have a challenging time recommending to almost every cigar smoker. However, there are going to be some people that will love this mixture of extreme earthiness with the subtle sweetness. The Viaje 10 Plus Two And A Half Red reminds me a lot of Octomore, the super peaty Scotch from Bruichladdich. It’s not for most people, but the depth of peat is addicting to a select group. I’m certainly not in that group, but I’m also not entirely opposed to the 10 Plus Two And A Half. It’s one of the more interesting cigars I’ve smoked this year and certainly different than any of the hundred or so Viaje releases I’ve smoked to date.