Most of the tobacco used for cigars is more or less grown, harvested and processed in the same way. Seeds are planted—oftentimes in seedbeds—moved to fields, leaves are plucked from the plant individually and then hung in barns to change color from green to brown. There are of course some changes to the process: some tobacco is grown in shade, some leaves are left on the stalk instead of picked individually, hence stalk-cut habano. And then, there’s andullo tobacco.

While it goes through the same planting, harvesting and barn curing process, after that things take a big change. Most tobaccos are then placed indoors in large piles called pilones. These piles can weigh thousands of pounds and the tobacco leaves create their own heat which helps to continue the processing of the tobacco. Workers monitor the temperature, rotate the tobacco, shake the hands of tobacco leaves to open up, and will add and take away moisture to help the process along.

Andullo tobaccos, native to the Dominican Republic, are instead wrapped tightly in large pods known as yaguas, almost like 15-foot long burritos, and then wrapped in rope to help compress the tobacco even further. The end result is something that is more or less a large log of tobacco where slices are cut off as seen in the video, and are more commonly chewed or smoked via pipes. 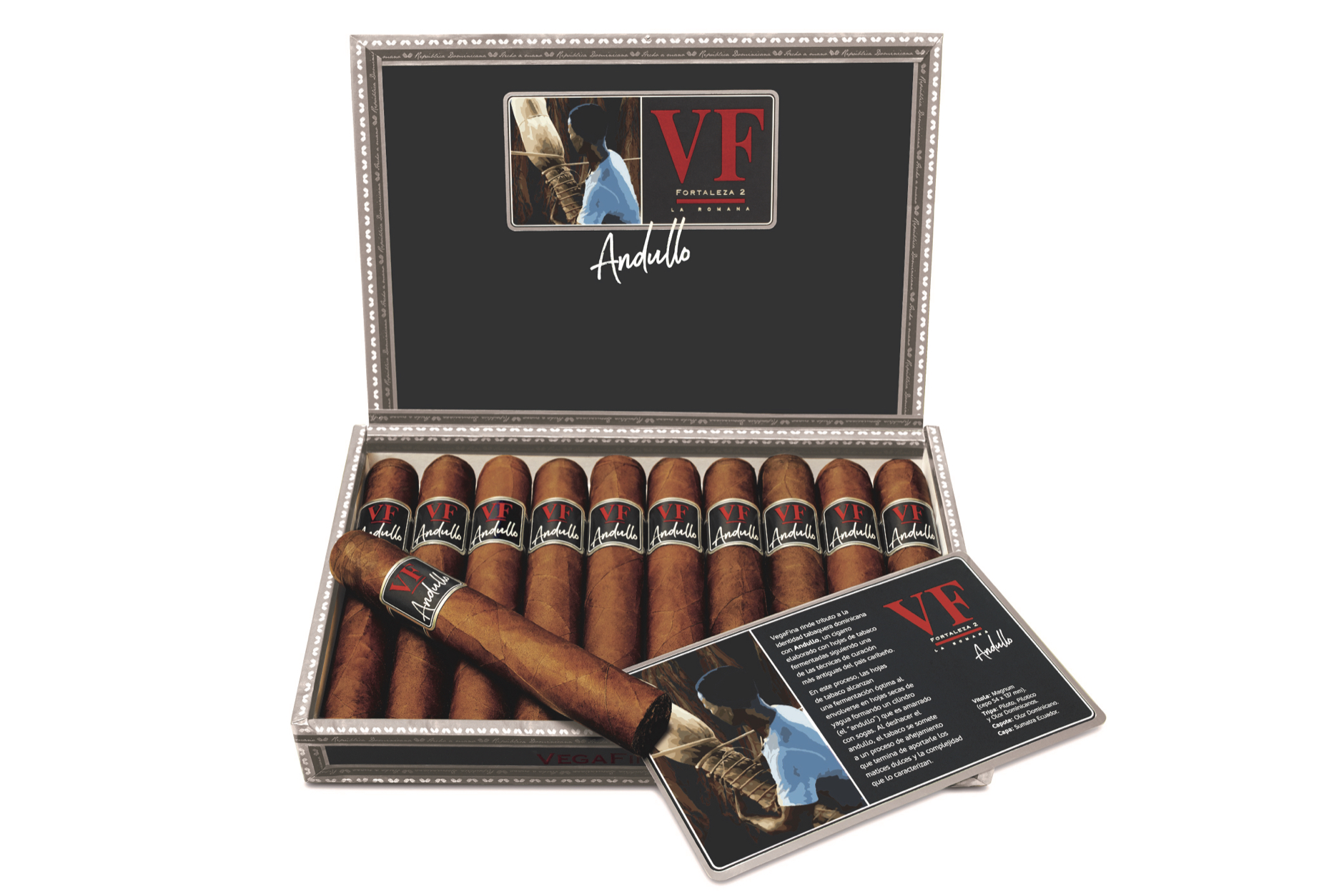 There have inevitably been a number of cigars that used andullo, but outside of La Aurora and the brands that it makes, few have ever promoted its use. Earlier this year, Tabacalera S.L.U.—the European counterpart of Altadis U.S.A.—announced a new VegaFina project that touted its use in both the name and the artwork on the box.

The VegaFina Fortaleza 2 Andullo uses an Ecuadorian Sumatra wrapper over a Dominican olor binder and Dominican olor and piloto fillers, including some tobacco processed using the andullo method. 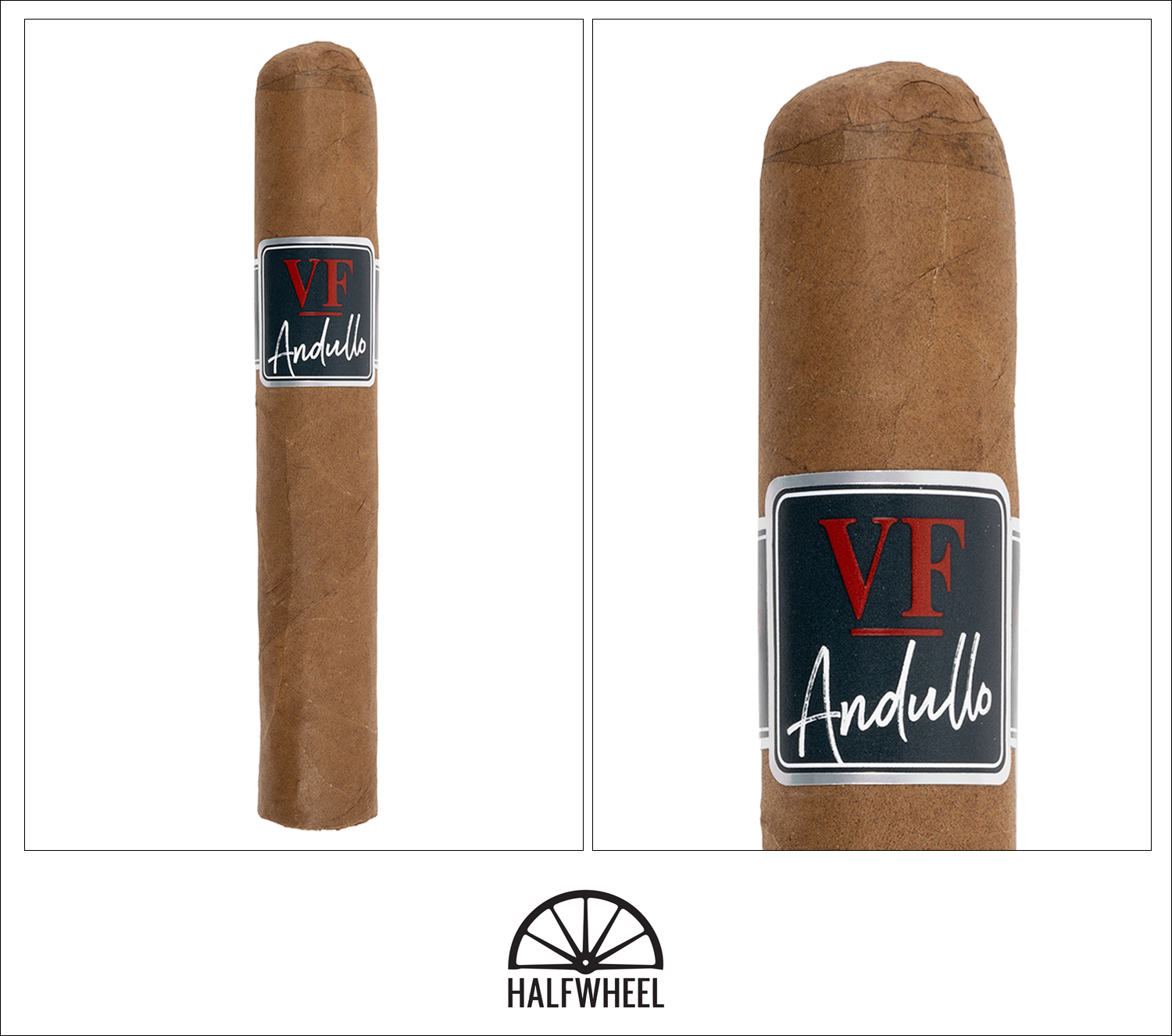 The VegaFina Andullo is a pretty cigar featuring a uniformly tan-colored wrapper with quite a bit of oil on it. Not only does it look like leather, but the cigar feels like a soft supple leather that wouldn’t be a bad texture for a chair or couch. The first sample I smoke is rock hard and has me concerned, not just for that cigar but also for the two samples I have to smoke after it. Aroma from the wrapper has peanut shells, leather, some barnyard and saltiness; around medium-full. The foot has peanut butter, sweet vanilla and some chocolate chip cookie. Cold draws have a duck-like meatiness, sweet creaminess and flavors of pear soju flavors, a South Korean fermented beverage, also medium-full.

The VegaFina Fortaleza 2 Andullo starts with a plethora of nuttiness over some earthiness before a woody finish kicks in. Or at least that’s the case on two cigars; one cigar is plugged and the flavors are muted and quite different. The tale of two cigars continues as the plugged sample produces harsher and less detailed flavors, no doubt accelerated by my need to smoke the cigar quicker to keep it burning. Fortunately, the other two cigars are quite good. It remains a profile dominated by peanuts over creaminess and grains. Retrohales have a distinct mushy strawberry flavor with some creaminess and peanuts underneath. Flavor is medium-full, body is medium-plus and strength is medium-plus. Regardless of how the draw is, the ash is even and capable of creating over an inch of even chunks. On the two cigars that aren’t plugged, the draw is fantastic.

It certainly would be easy to dismiss just the second third of the VegaFinas as more or less the same as the first third. It’s not, but the dominant peanut flavor remains. It now sits on top of a mixture of creaminess, straw and some leather. Retrohales go from having one very distinct flavor—the strawberry—to another, now an unbuttered fresh popcorn flavor over some bread and something that reminds me of eating creamed corn. The finish provides plenty of peanuts along with some cranberry and white pepper. Flavor is medium-full, while body and strength are medium-plus. Construction remains the same as it was in the first third: two cigars are flawless, one has a very flawed draw. 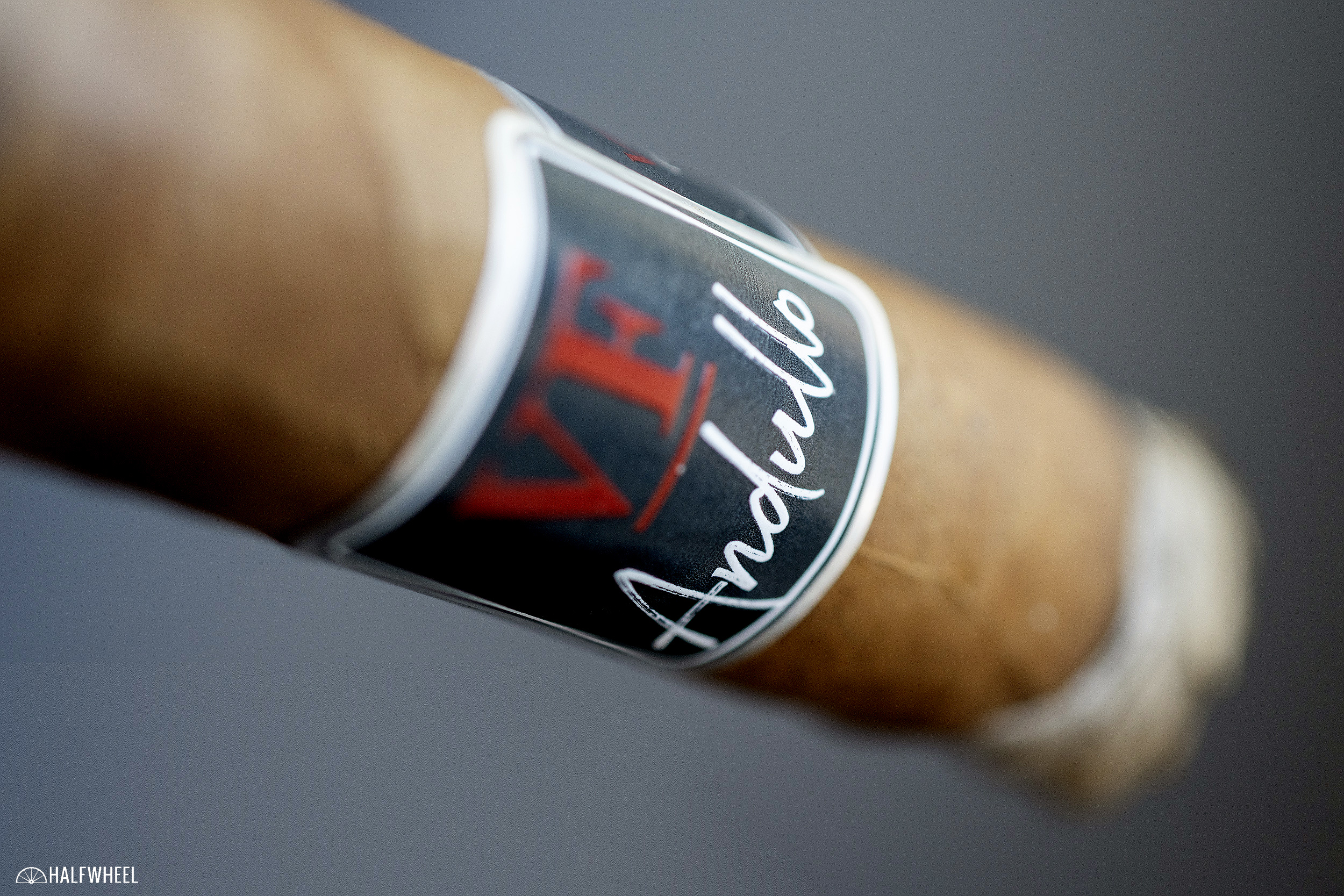 The peanut note seems to get more intense in the final third. It’s not as if it was ever being threatened by another flavor for the top spot, but it somehow gets more intense. The other flavors in the mouth are lemonade ark chocolate, a bit of paprika and something that reminds me of rubber. I get some of the rubber flavor in the second third, but it never would stick around longer than a puff. That’s changed, though it’s a very mild sensation in the grand scheme of things. Retrohales have cranberry ginger ale, white pepper and bread. While I’d normally be excited by the profile of the finish, for this particular cigar it ends up just being more of the same: peanuts, lemon and white pepper. Construction degrades a bit on each cigar and I find myself needing to touch up the cigar in order to keep it burning. If you like peanuts, the VegaFina Fortaleza 2 Andullo will make you smile in ways that few cigars can. Well, as long as you are okay with your cigar having a peanut flavor. It’s a completely different cigar than most of the other cigars marketed around the use of andullo tobacco, a more refined and mature flavor profile compared to the edginess that usually comes along with those cigars. All of that’s great, but none of it will matter if the cigar isn’t bunched properly. The score almost certainly won’t reflect your actual experience with the cigar and it really doesn’t reflect mine: two excellent cigars and one awful one, with no middle ground.