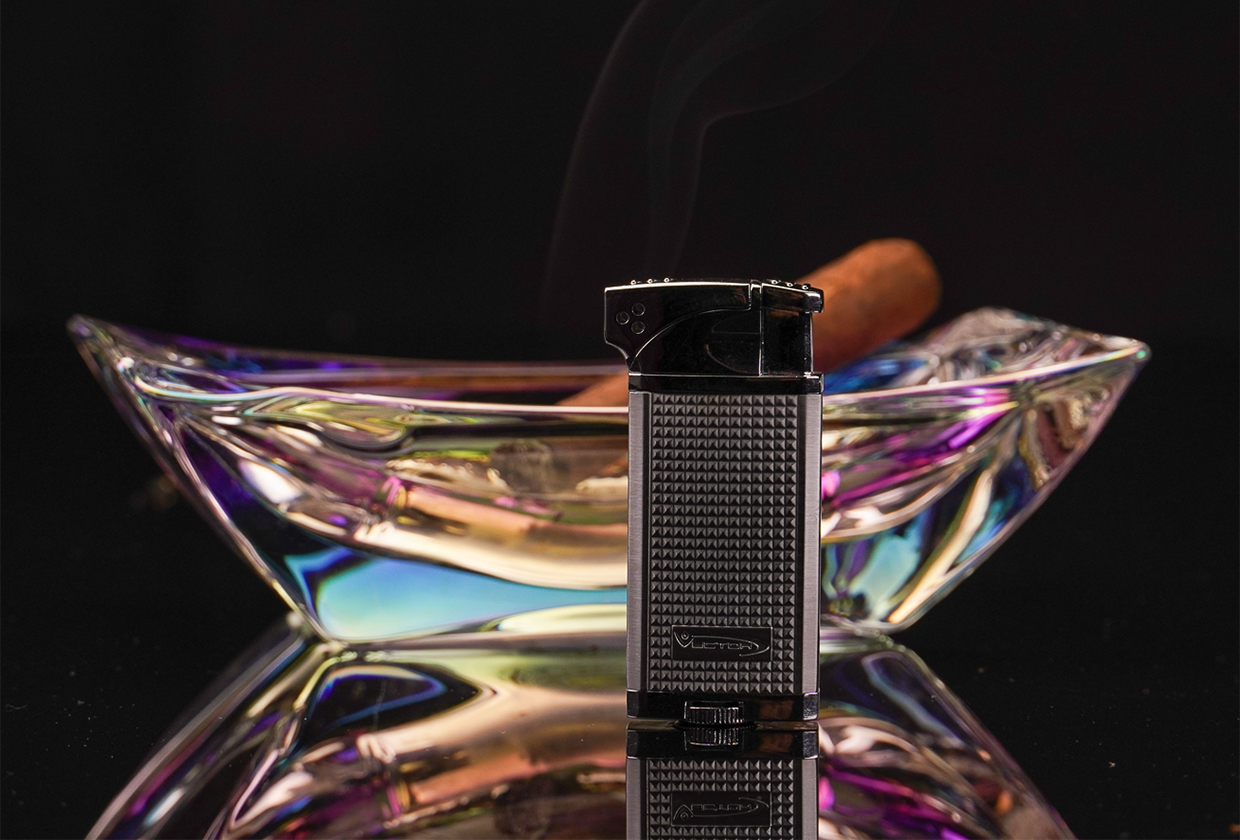 After a two-year hiatus from the market, Vector-KGM has released a new and improved version of its Duke lighter, a compact pocket lighter that offers both a soft flame and a jet torch. 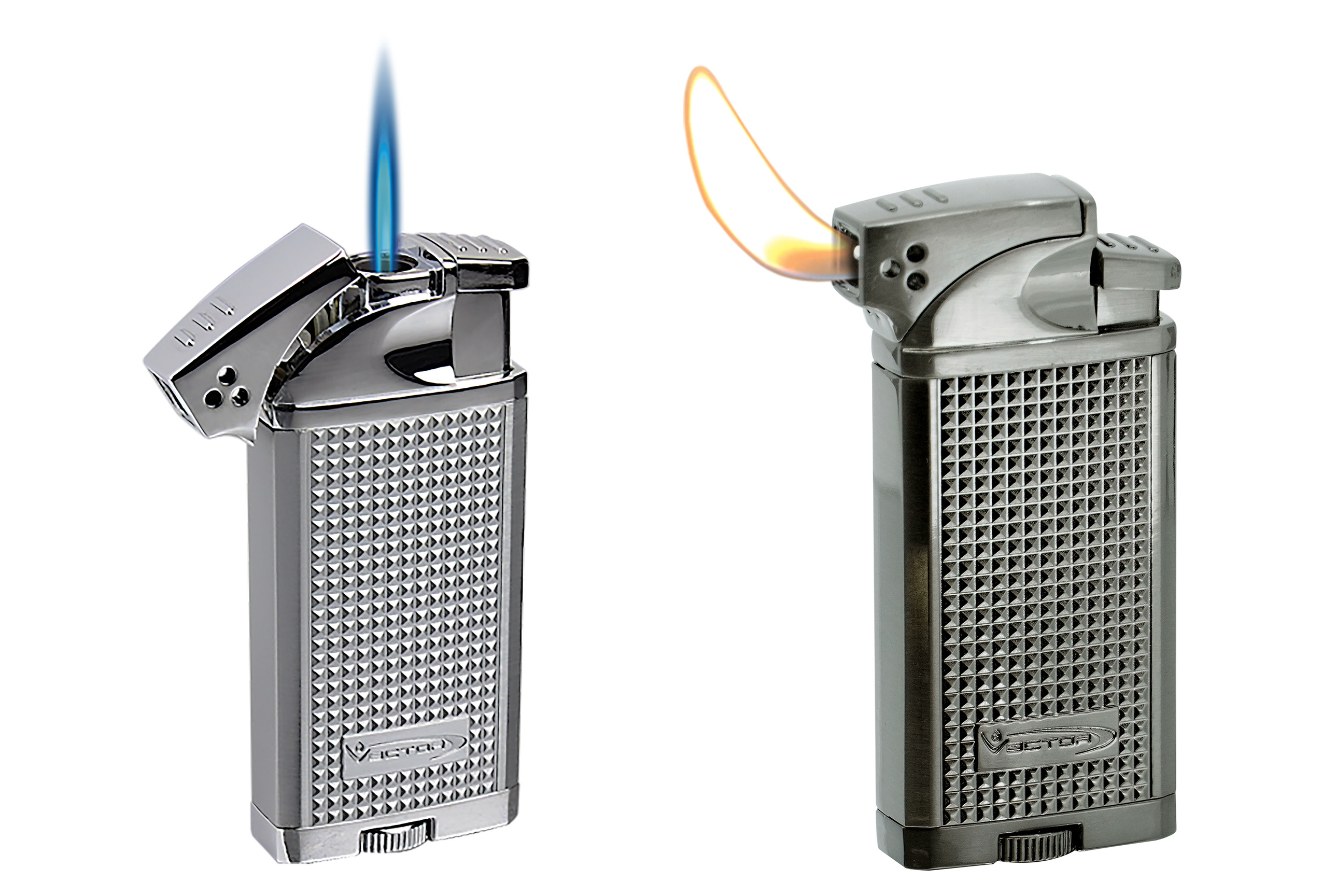 While the body of the lighter looks the same as its predecessor and features the same textured grip, James Park of Vector-KGM told halfwheel that both flames have been upgraded by way of a better ignition mechanism. He called it “the fine-tuning of the ignition system, like a software upgrade for an electric vehicle.”

The Duke offers a side-squeeze ignition for the soft flame that comes out of the side of the lighter, while the torch comes from the top of the lighter and is ignited by a rock-back lever ignition.

It also offers a fuel window on the side of the body, and a large flame adjuster wheel on the base of the body. 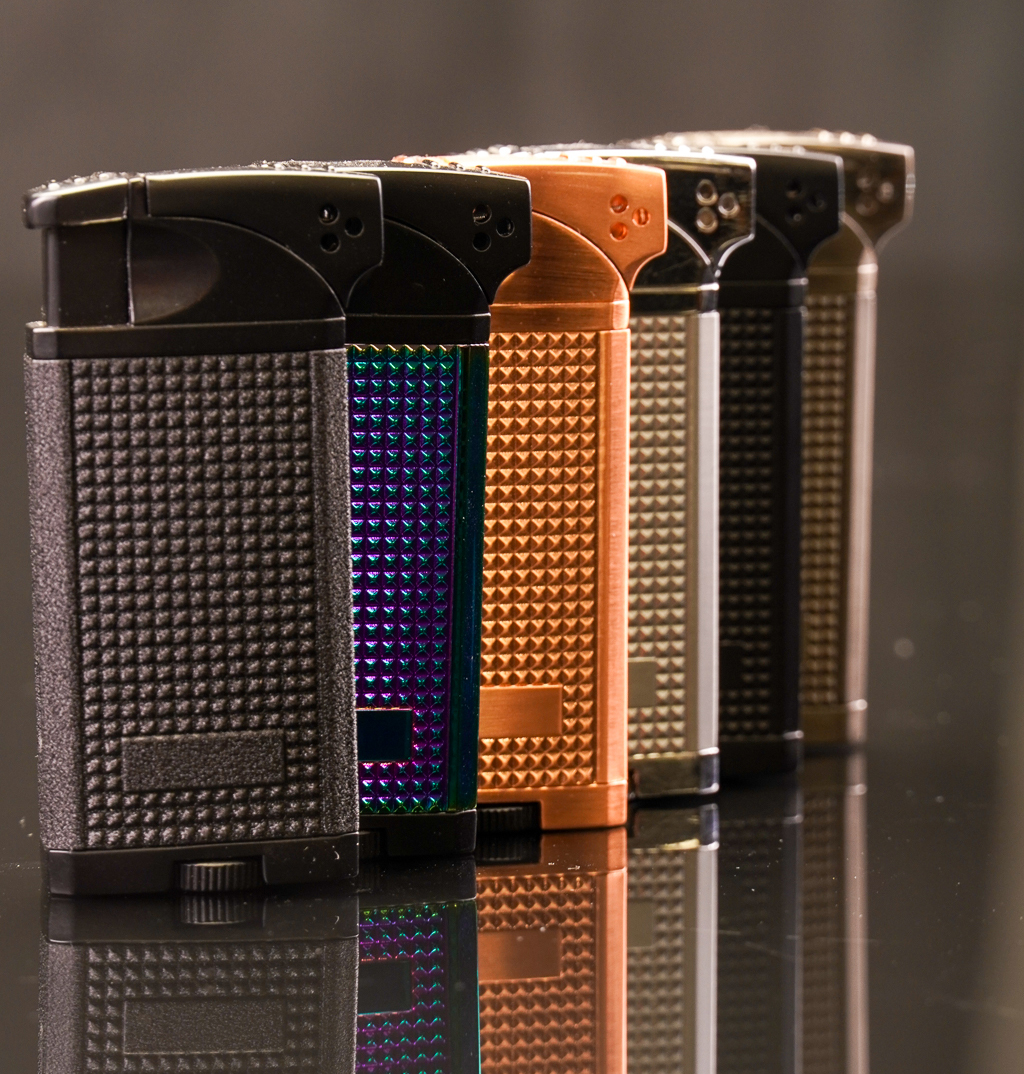