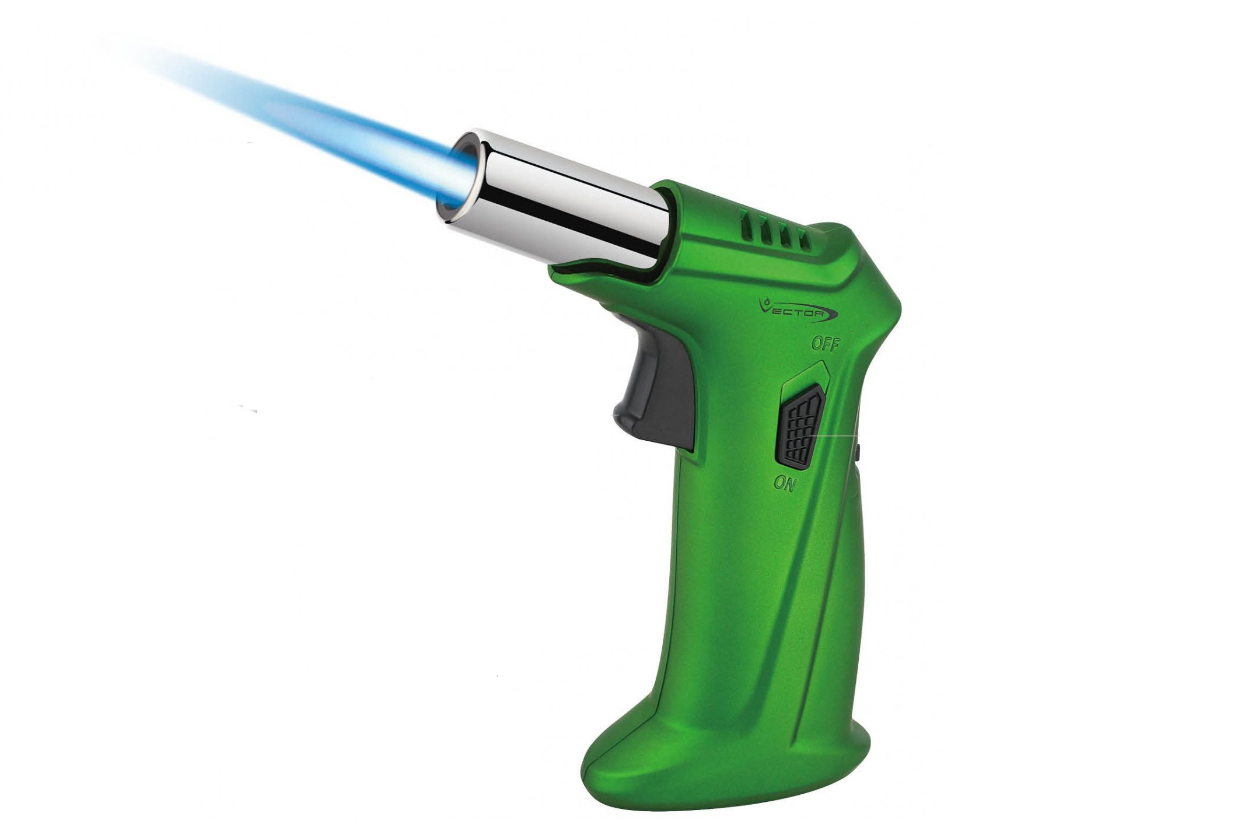 Vector-KGM has announced that the Clash, a new large single flame torch, is coming soon to retailers.

The lighter is a table top design that offers a trigger-style ignition, flame safety switch and lock button, and flame height adjuster. It measure 6.5″ x 2.4″ x 1.6″ and weighs .56 pounds according to company documents. Vector-KGM says the Clash works at an altitude up to 12,000 feet and offers a flame temperature of 2,600° F.

The Vector Clash is offered in six colors: gray, black, green, copper, blue and red. Each has an MSRP of $40 and comes packaged with a 107ml can of the company’s X60 butane.

James Park of Vector-KGM told halfwheel he expects the Clash to be available during the second week of June.

Shortly after this story was published, the company confirmed its scheduled shipping date.