The latest member of Vector-KGM’s Icon series of lighters is now available, as the company has released the quad flame Icon III. It is a tabletop lighter that measures 3.9 inches tall, 2.2 inches wide, and one inch wide, and weighs in a 0.5 pounds, according to the company. As with the other models in the Icon series, the Icon III uses a USB-powered touch sensor ignition to light the flames, which are arranged in a rhombus design with flames that merge to focus the firepower. The company says the lighter will work at elevations up to 10,000 feet.

Additionally, the Icon III offers a fold-out, 10mm cigar punch, as well as a visible fuel window on the back panel. The touch panel also shows the remaining charge left in the battery, with recharging accomplished via the included USB cable that plugs into the base of the lighter. 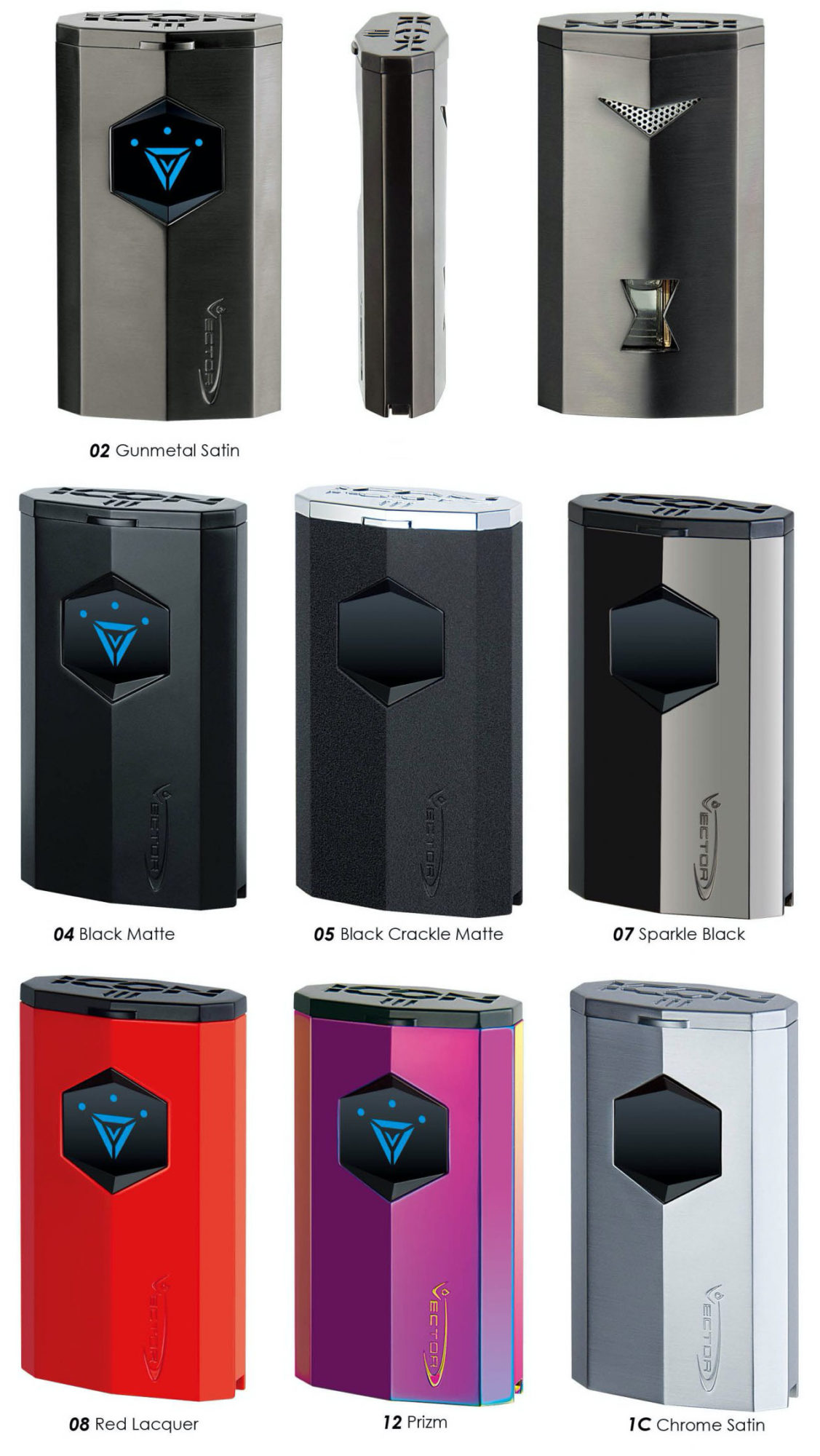 This is the second Icon lighter to be released in recent weeks, as the company released the triple flame Icon II in September. The original Icon, also a triple flame, was released in 2018.