There are a pair of new triple-flame torch lighters from Vector-KGM on the way to retailers, the Robusto and Triforce. 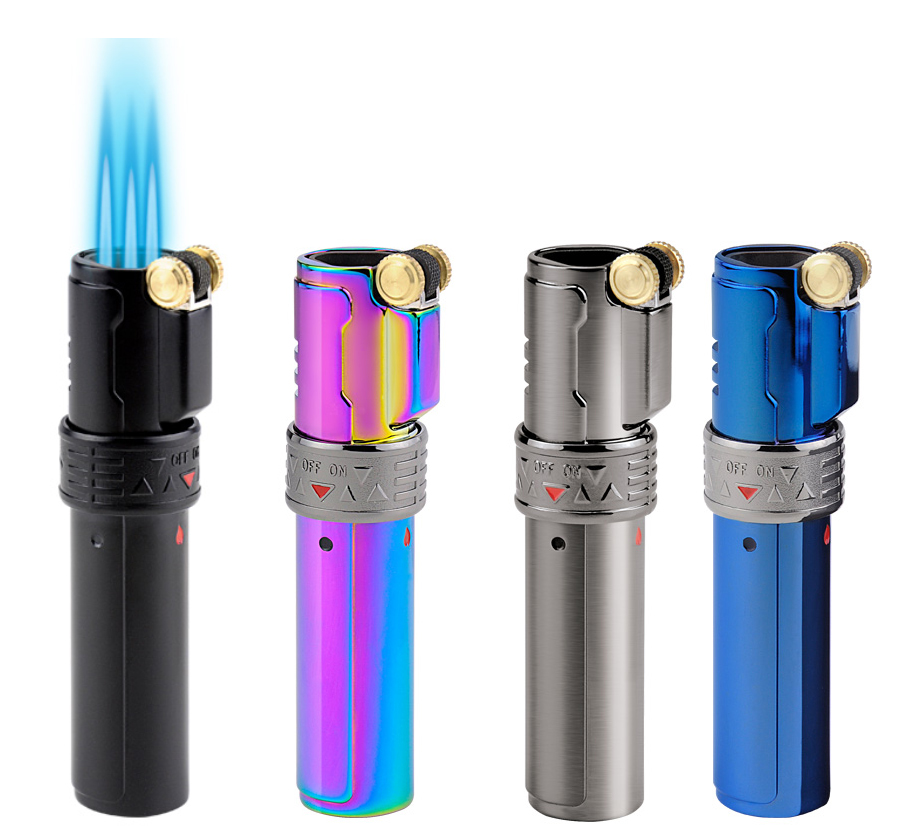 Named for a common cigar vitola, the Robusto is a flint-fired lighter that features a setting that will stop butane from flowing while the lighter is not in use, as well as a flame adjustment wheel on the base of the lighter. Additionally, the flint is user-replaceable, and the company says that the Robusto will work at elevations up to 20,000 feet. It is available in four colors, gunmetal satin, black matte, sparkle blue and prism, each retailing for $35. The Triforce comes in a more familiar configuration, with a large, translucent plastic fuel tank that makes it easy to see how much butane the lighter has in it. It’s available in five colors, clear, black, smoke, blue and red, each selling for $24.95. The company notes that the wind-resistant flames will work at elevations up to 14,000 feet above sea level.

Both lighters began to shipping to retailers last week, joining a trio of single flame lighters that the company also recently released.