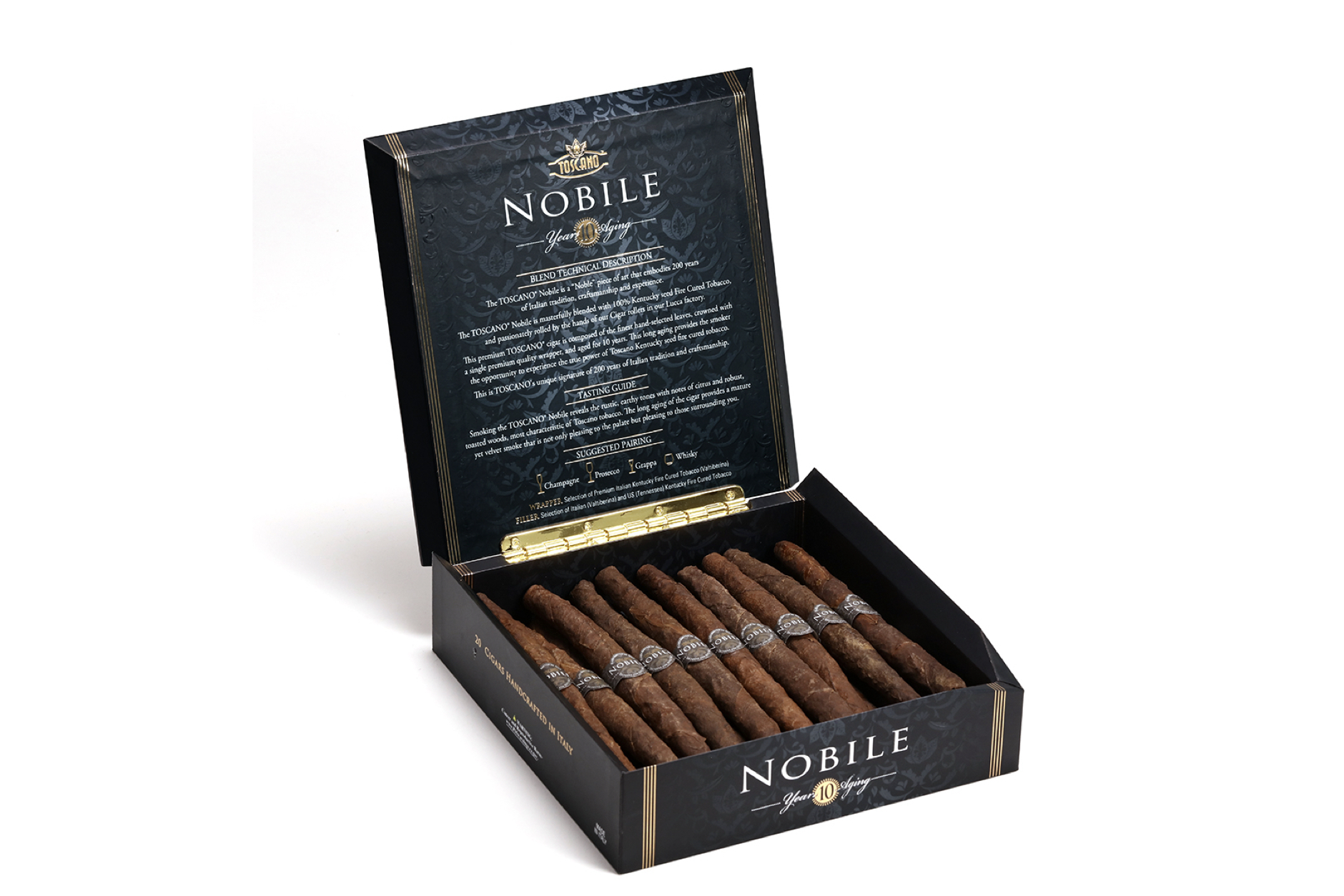 The Toscano Nobile is now heading to stores in the U.S.

Nobile measures 6 1/2 x 40 and is made in the traditional Toscano style. That means it is a perfecto designed to be smoked in whole or in two parts using a rustic wrapper, fire-cured fillers, and no binder. For this blend, the wrapper is Kentucky fired-cured tobacco grown in Valtiberina, Italy over fillers frown in Valtiberina and Tennessee. The cigars are made at Toscano’s facility in Lucca, Italy and then aged for 10 years.

“How many companies can offer 10 year-aging products to their aficionados,” said Luciano Simeone, coo of MST US Holdings, which distributes Toscano in the U.S. “This is an excellent novelty that will impress anyone looking for a unique smoking experience.”

While it will be shown off at the 2021 PCA Convention & Trade Show, which takes place July 10-13 in Las Vegas, it has already begun shipping to select stores in the U.S.

Nobile was originally released to duty-free markets in 2011 as Toscano was honoring the 150th anniversary of the founding of Italy.