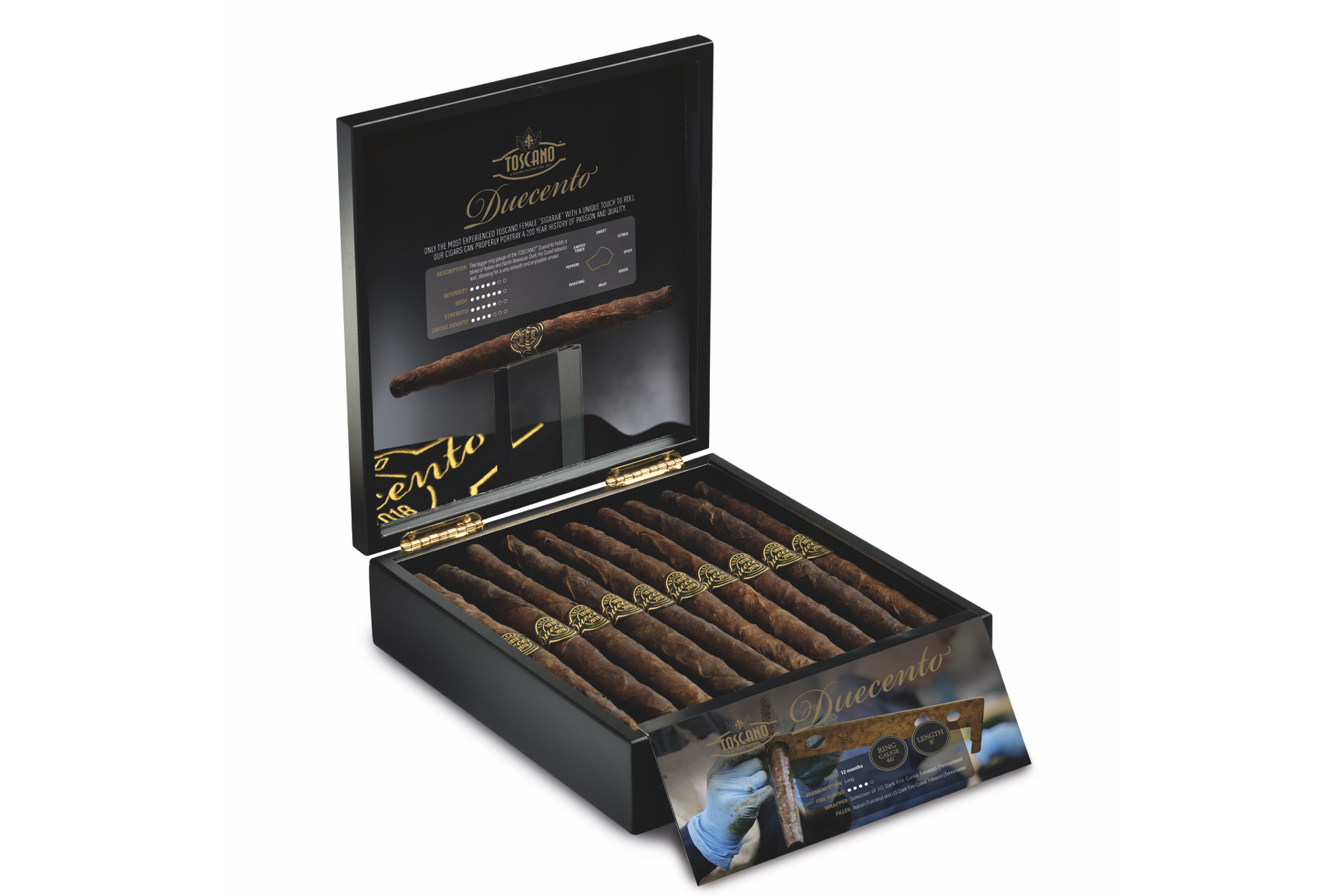 Toscano Duecento Coming to the U.S. This August

In 2018, Toscano celebrated its 200th anniversary with a cigar called Duecento, but it never was offered in the U.S.

Next month, Miami Cigar & Co. will begin selling the Toscano Duecento, a 7 3/4 x 46 cigar that is rolled in the company’s traditional shape. It uses a Kentucky fire-cured wrapper over Italian and Kentucky fire-cured fillers. Like other Toscanos, the cigar does not use a binder.

This is the longest Toscano that has been sold in the U.S. Because it’s an Italian cigar, it can be cut in half in the middle to be smoked in two parts or smoked normally from start to finish.

Pricing in Europe is approximately $11 per cigar.