Despite some praise regarding the 215 line, I wasn’t overly impressed with the Reserva Cedro No.5 when I first reviewed it in November 2013:

Tortuga was a brand I got excited for. While Jerry Cruz of Stogie Review and I don’t always see eye-to-eye, a lot of times when it comes to the less obvious cigars, we are on the same page. He loved the original Tortuga, I liked it. And that’s more than I can say about the Reserva Cedros. There is nothing wrong with the cigar, but outside of a few moments in the first half, it’s average at best. Despite what seemed like some obvious filling problems, the cigar is constructed wonderfully and burns on levels rarely seen, but flavor is the ultimate judge.

After some time in the humidor, the cedar has predictably loosened. Aroma off the wrapper is leather, some saltiness and a bit of cedar. From the foot, there’s much more cedar; it’s got some sugary sweetness, twang and mushroom. The cold draw is odd with teriyaki sauce, even sweeter twang and some sea salt.

The Tortuga 215 Reserva Cedro No.5 starts with an open draw, but the flavor makes up for it: toasted cedar, apples and potato chip on the finish. It’s all incredibly detailed and smooth. It gains some pecan nuttiness, thick creaminess and some gummy bear-like sweetness. While the flavor is not much beyond medium-plus, it’s extremely compact and only manages to stimulate the palate for a few seconds at a time. At the halfway mark, a black pepper enters—along with some saltiness—and citrus. The flavor’s most unique aspect is how quickly it manages to come and go with the finish completely dissipated within a few seconds after each puff. 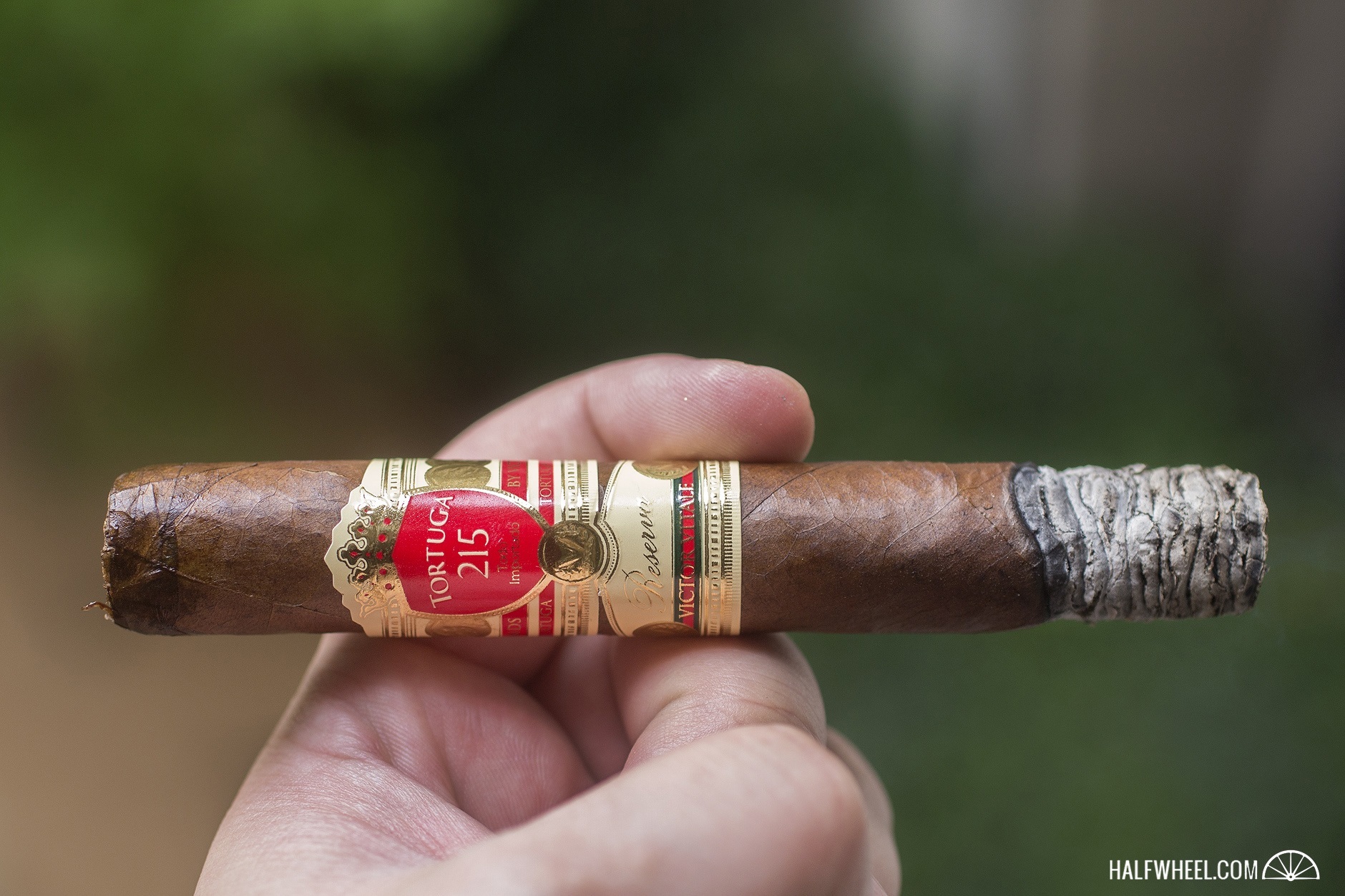 Construction-wise, the Tortuga had just one issue: its draw was slightly open. The burn was even and consistent with the ash holding on an for a little over an inch. Smoke production was about average and the temperature was overly cold.

It’s been a while since I’ve reduxed a cigar that has improved this much. Within a few minutes of lighting this up, I began to wonder how many of these I’ve had left. It does feel like the cigar is close to peaking, but for at least the immediate future the Tortuga 215 Reserva Cedro No.5 is a very good cigar.