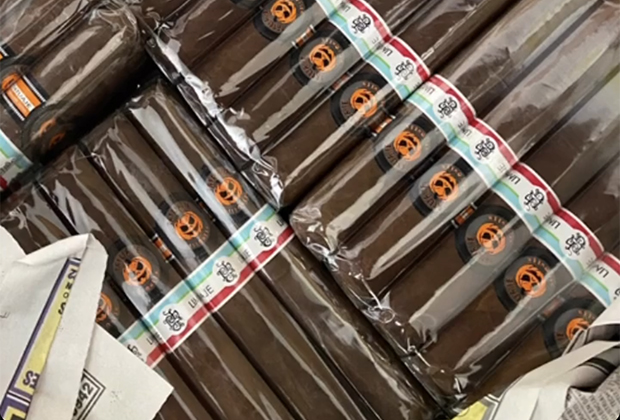 Tatuaje will be contributing a new version of its Pumpkin cigar to the upcoming Cigar Rights of America Freedom Sampler that is slated to be released in November. The cigar will be a 6 x 52 toro, and like the name suggests, will have a small, unfinished foot that gives the smoker a chance to taste the flavor of the filler and binder for a bit before the burn line hits the wrapper and its flavors are added to the profile. As for the blend, it is a change from previous Pumpkin releases, with Pete Johnson selecting a Nicaraguan corojo wrapper to go over a Nicaraguan double binder and filler. Previous Pumpkin releases have used a Mexican San Andrés wrapper, with Johnson saying he made the change to keep the series interesting and contribute something exclusive for the sampler. The cigars are produced at My Father Cigars S.A. in Estelí, Nicaragua.

The Tatuaje Pumpkin series has been featured in previous CRA Freedom Samplers, with the Tatuaje Great Pumpkin, a 6 x 52 belicoso, included in the 2020 release. The Pumpkin line has generally been used as an event-only release.

While a representative from Cigar Rights of America confirmed that there will be a new sampler coming out in November, no details have been released about it. Johnson told halfwheel that he is producing 6,000 of the Shaggy Pumpkins for the release.

This will be the second Freedom Sampler that Cigar Rights of America will have released in 2021, joining one released in March. Each sampler generally includes 10 cigars from supporters of the organization, and include a mix of existing releases as well as exclusive blends or sizes of existing lines. Purchasers of the sampler also receive a membership to Cigar Rights of America, with the organization using funds raised from sales of the samplers to support its legal defense fund.