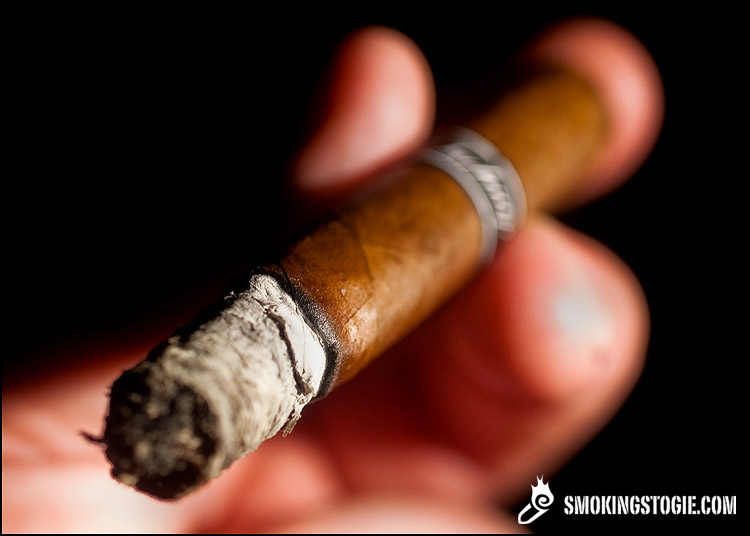 About six months ago,  Tobacco Grove contacted Tatuaje Cigars owner Pete Johnson about having a special cigar release for the Minnesota-based store. The problem, as with any Tatuaje single store releases, is deciding on a vitola and blend. After much deliberation, it was decided that the blend they wanted was the Black Label, along with one of my favorite vitolas, the petite lancero.

The difference between this release and most of the single store releases is that instead of an über limited number of cigars, this release of the Black Petite Lancero is actually a prerelease of this vitola. Johnson has said that this cigar will be a regular release starting sometime after the IPCPR Convention & Trade Show in July.

Having said that, this prerelease was fairly limited, with only 200 boxes of 25 released. They sold out in just under one hour, and Jeff Haugen, the owner of Tobacco Grove, told me that there are over 100 people on the waiting list.[ref]One thing that Tobacco Grove did that I wish other retailers would start doing is allowing people to purchase up to 35 cigars; that is, one box of 25 and up to 10 more singles. This allows people the opportunity to try the cigar without having to open their box, if they so choose.[/ref]

Over the last three years, there have been quite a few different vitolas of this blend. 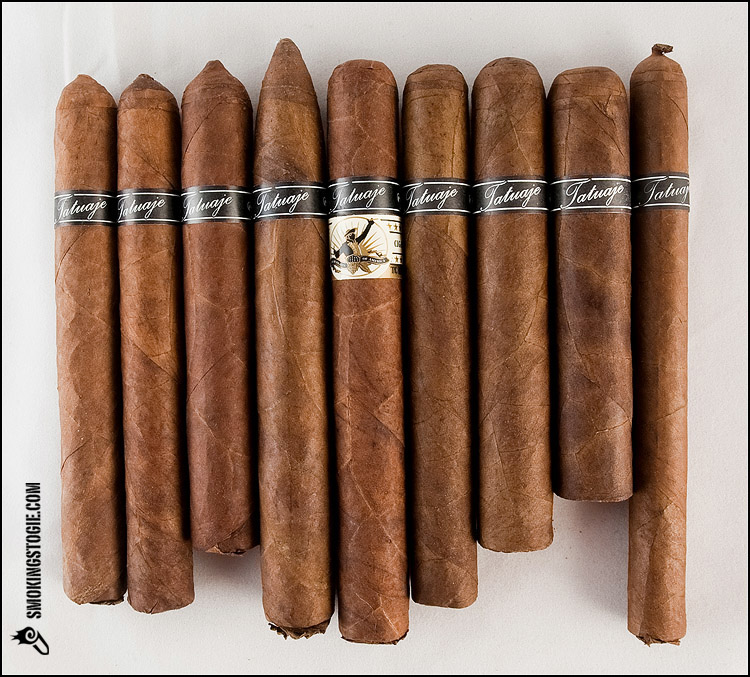 The cigar box the Tatuaje Black Label Petite Lanceros come in are actually left over Sodo boxes, the limited edition petite lancero in the El Triunfador. The boxes are smaller than you might expect, and are painted with a glossy black varnish on the outside. 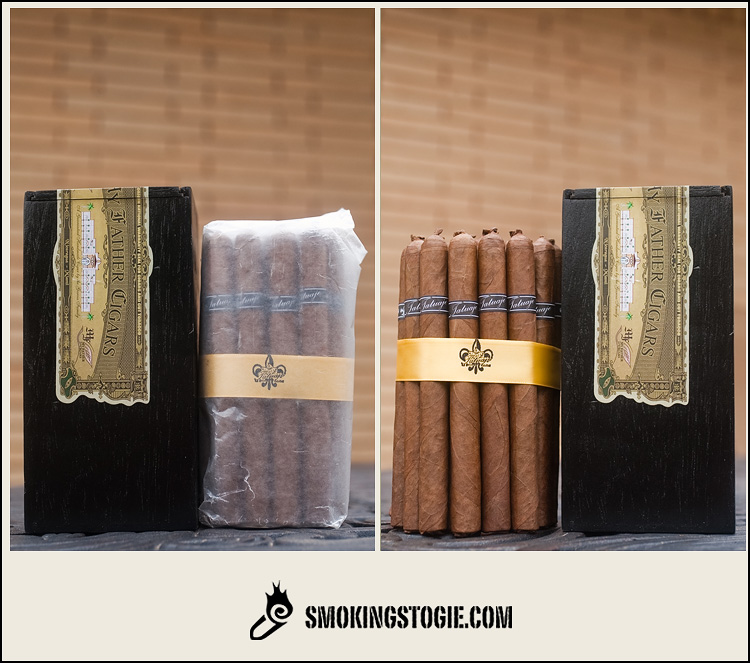 The box also features the word “BLACK” stenciled on the back.

The box slides open on the top, and the cigars are resting vertically. The cigars are wrapped in wax paper, and tied together with a yellow ribbon. 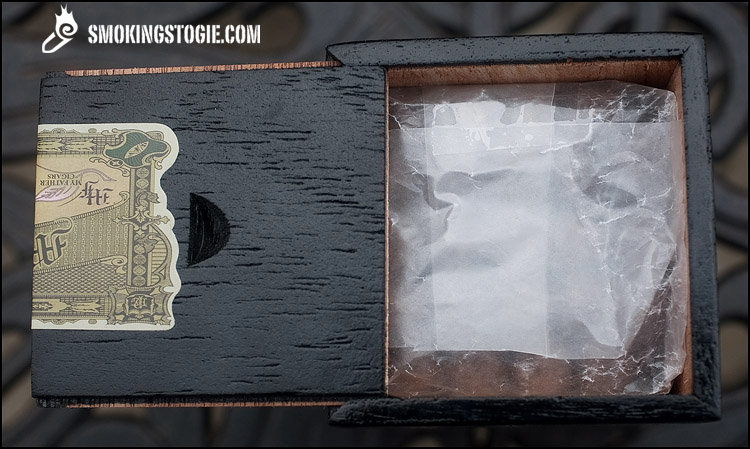 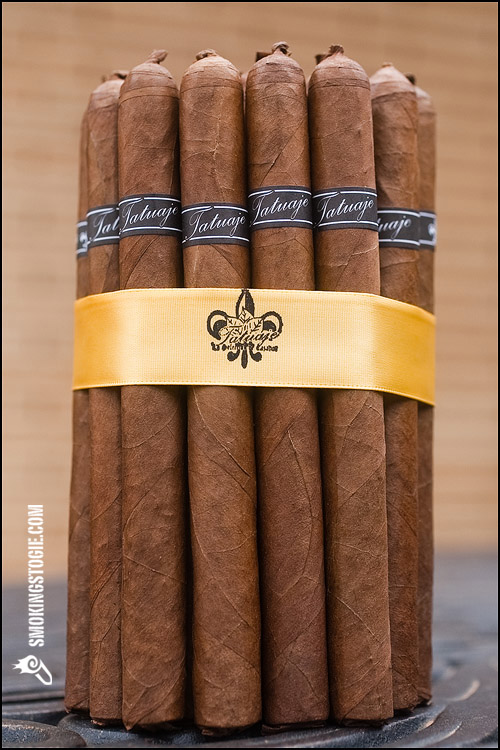 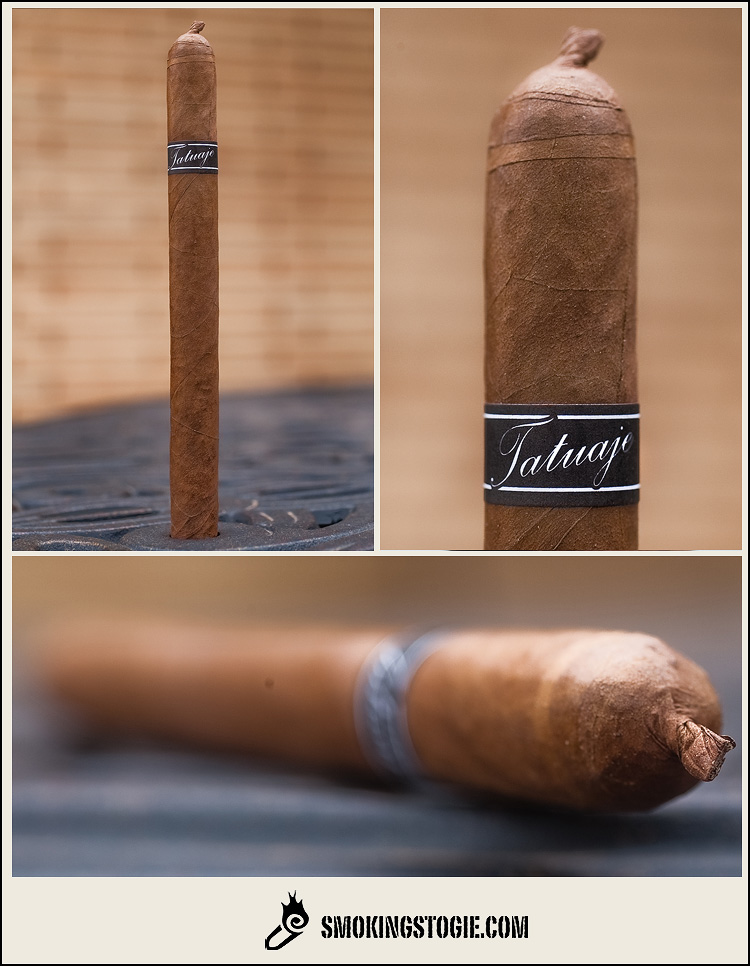 The cigar itself is immaculately constructed. The wrapper is a dark espresso brown and totally seamless. It also has a bit of oil on it, so that when you run your finger up and down the wrapper, it feels almost like silk. The pigtail and covered foot are great touches and really add to the overall look of the cigar. The wrapper smells strongly of coffee, dark chocolate, pepper and leather. It also has a great squeeze, not too hard, and not too soft. It is truly a joy to just hold this cigar. The cold draw notes are very interesting: a almost sweet brandy alcohol note that I have not tasted in quite a while. Not quite strong enough to taste infused, but certainly not a standard profile from Nicaraguan cigars.

The first third starts out with an impressive amount of spice, just below the point where it would overwhelm the other flavors, which continues through the first third, instead of dying down after a few puffs, like quite a few other Nicaraguan cigars. Flavors come fast and furious: leather, slightly bitter espresso, slightly sweet cedar and dark chocolate. Underneath it all is a wonderful cinnamon spice that really sets everything else off. Just an amazing start to a cigar, easily the best I have tasted this year.

The second third starts the same as the first third, but then starts to calm down considerably, both in the amount of spice and the strength of the flavors. while the main flavors are still there, they seem to ebb and flow, sometimes stronger, sometimes quite mild. However, the cinnamon spice remains a background note, the base to everything that is happening.

The final third features more strength, and the profile shifts just a bit to a more spicy, nutty note that goes great with the cinnamon in the background. Leather, cedar, dark chocolate notes as well. the profile did get stronger at the end, but never harsh. a great ending. 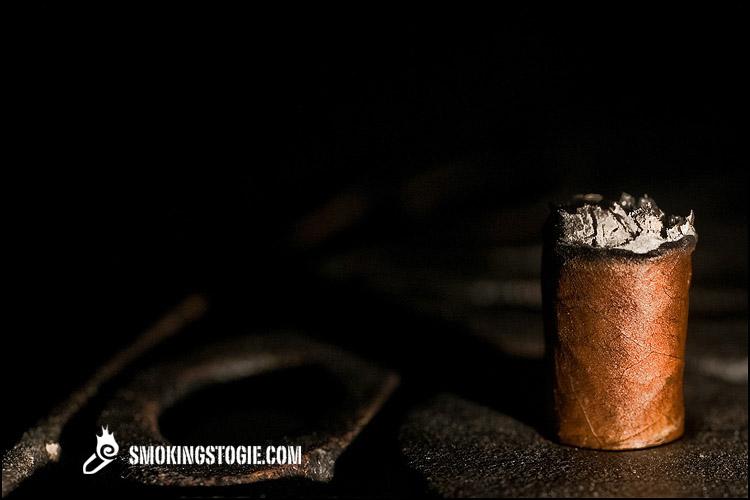 We ended Tuesday's prerelease review of the Liga Privada L40 with the thought that perhaps a lancero is not always going to be the best vitola for every blend. I will end this review with the thought that this blend is almost perfectly suited for the lancero format. The multitude of flavors that were present in this cigar, especially in the first third, is impressive, even when pitted against other great Tatuaje limited releases. Most likely, your main question when reading this review is some version of well, that is all well and good, but does it taste like/is it better than the original release Corona Gorda? Well, I smoked one of each back to back, and there are some similarities—especially the cinnamon and strong espresso notes that are present throughout the entire cigar—but I think the idea that this would ever taste just like the original release is faulty from the start. Is it better than the original? No, I don't think so, but the Corona Gorda might be one of the top five non-Cuban cigars ever released. Having said all that, this is an amazing cigar in its own right and if the regular release version tastes anything close to these, it will be one of the best regular release cigars on the market today.