Almost a year and a half ago, I wrote over 4,000 words about the Tatuaje Black Label, or more specifically, the Black Label Corona Gorda 2013. One might be wondering what more could be possible be left to be said on the topic and there’s not much. Due to shipping issues with the melamine jars the cigars were offered in, the bulk of the production did not begin shipping until early 2014, nearly six months after I reviewed the cigar.

Here’s what I said about the cigar back in September 2013:

The beauty of the Black Label blend is this discerning roughness that multiplies the complexity of the blend immensely. If you wrote down the flavors, sans this edginess, and gave it to me, I would tell you that you were probably smoking a Cuban cigar, which I suppose is a victory for Johnson. But, it couldn’t be any further from the truth. The most recent version of the Black Label blend has a refined harshness that is the answer I was looking for ever since my first Black Label, and that’s why once these start hitting shelves, I’ll smoke them fresh—presumably like they were intended to be enjoyed. I’ve had my fair share of the originals, the older event releases and more, they are not bad cigars by any means, but they are a far cry from what I smoked fresh. Hoopla, sentiments, celebration, relief aside—this is a great cigar for an advanced and open-minded palate, let’s try not to ruin it.

While I have a couple of the original bundle release cigars being saved for a redux much further down the road, I decided to compare what I smoked to one off the shelf.

I have always been a fan of how the Black Label Corona Gorda appears, a somewhat rough, yet well-applied wrapper, the nipple cap and covered foot. This particular example looks no different, although the wrapper has a bit less red to it than I recall. From the cold draw I get no spiciness, but there’s plenty of black cherry and cedar alongside orange cream and a bit of bitterness.

Things start with layered cedar, some saltiness, cream and oranges. The harshness that I found in the prerelease version of the Tatuaje Black Label Corona Gorda (2013) is still there, albeit noticeably muted compared to the sample that I reviewed last year. While the citrus notes are also not as strong as they once were, the orange note is far more developed. In addition, the cherry note that was present on the cold raw makes its way into the profile, adding even more sweetness. Breads, hickory and chocolate are secondary notes throughout the middle parts of the Tatuaje, but all have departed by the time the final third emerges. What’s left is a cigar dominated by cedar and cocoa, still quite full, still somewhat raw and still with plenty of life into it. 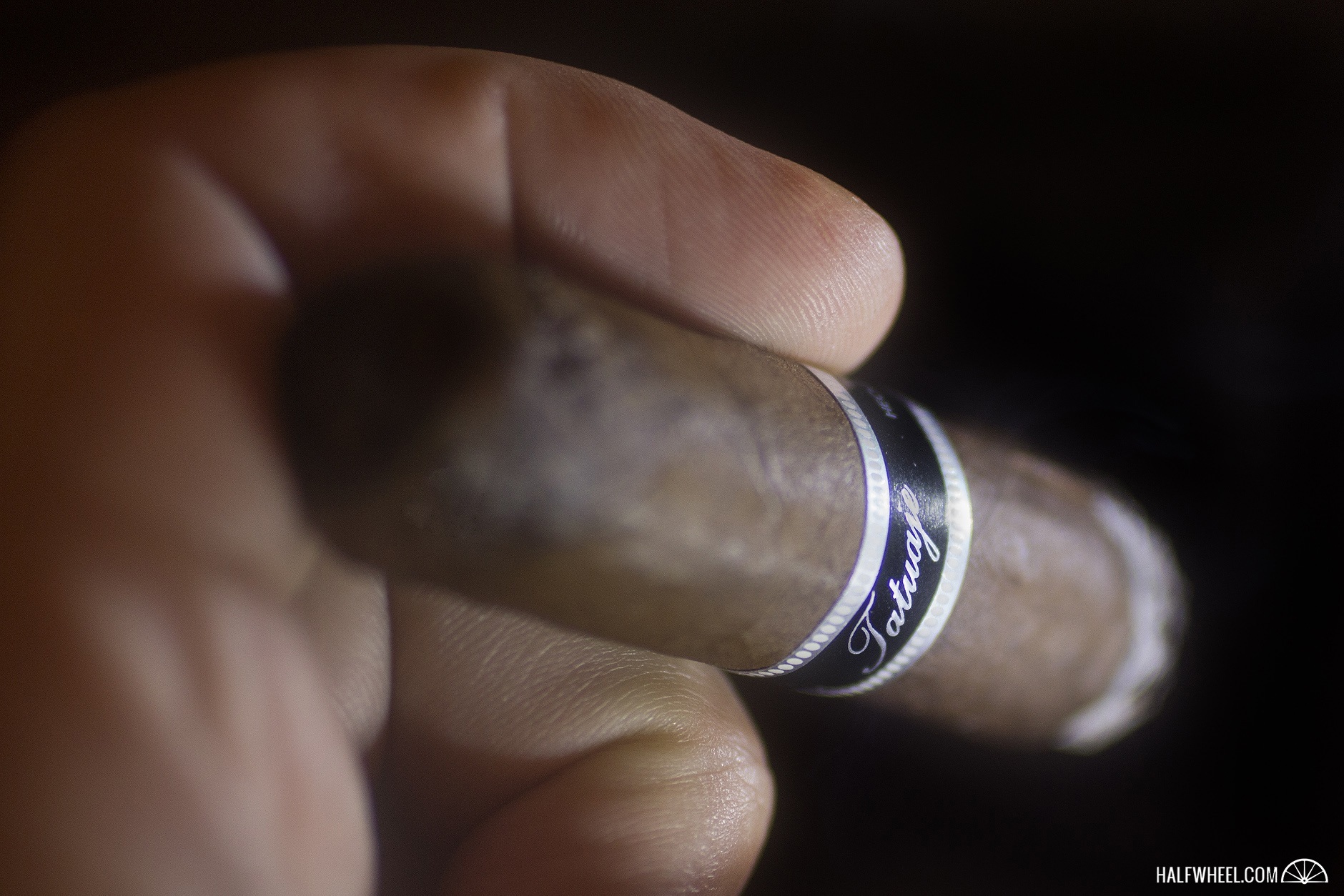 I wish that I was better able to judge the ability of the ash to hold onto the Tatuaje Black Label Corona Gorda, but it’s something that’s plagued me on seemingly every cigar I’ve smoked, including this one. That aside, smoke production is consistent, burn is even and the draw is right where it should be. Strength-wise, the cigar is medium-plus, as opposed to the medium-full that I once found.

I feared that the six months in between when I reviewed the Black Label Corona Gorda (2013) and when it shipped might have done too much to the cigar. When I smoked it, there was a beauty in the way that the harshness interacted with the rest of the developed flavors, something that I expected would depart within a few months. Turns out, there’s still enough of it left given the sample I smoked. I still don’t think these will be a candidate for long-term aging, but I look forward to reporting back in another 18 months just to make sure.