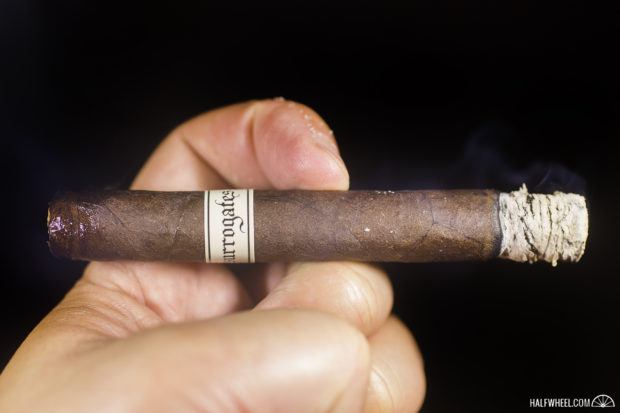 I had an early flight to the Rocky Mountain Cigar Festival and a redux review I needed to tackle, so I spent five minutes opening up personal humidors trying to find something that wouldn’t take too long. I thought I had found my answer in this Cohiba Macassar, until I looked at the original review and noted the three-hour smoking time.

So, I moved onto my final humidor and there it was, the obvious choice: a Surrogates Cracker Crumbs, the difference between 3 1/2 hours of sleep and five hours.

As I was moving myself outside to begin this review, I thought about where and when this cigar was from and about Cracker Crumbs in general. And then it dawned on me, I don’t think I’ve smoked a Cracker Crumbs since when I first reviewed it in February of 2015.

When my review came out, the cigar had already sold pretty well, but as it so happens every once in a while, once the review was published, our local stores were suddenly sold out and then the cigar was backordered. For those unfamiliar with this somewhat odd-looking Surrogates, it’s a 4 1/2 x 38 petite from L’Atelier Imports.

In 2014, the cigar was shown off alongside three others, all in the same size with pre-cut heads and packaged in five-count soft packs. It was part of a trend to make smaller cigars that took substantially less time to smoke, something that was very convenient during the winter for those in colder climates or cigar reviewers who need extra sleep.

Here’s what I said back then: 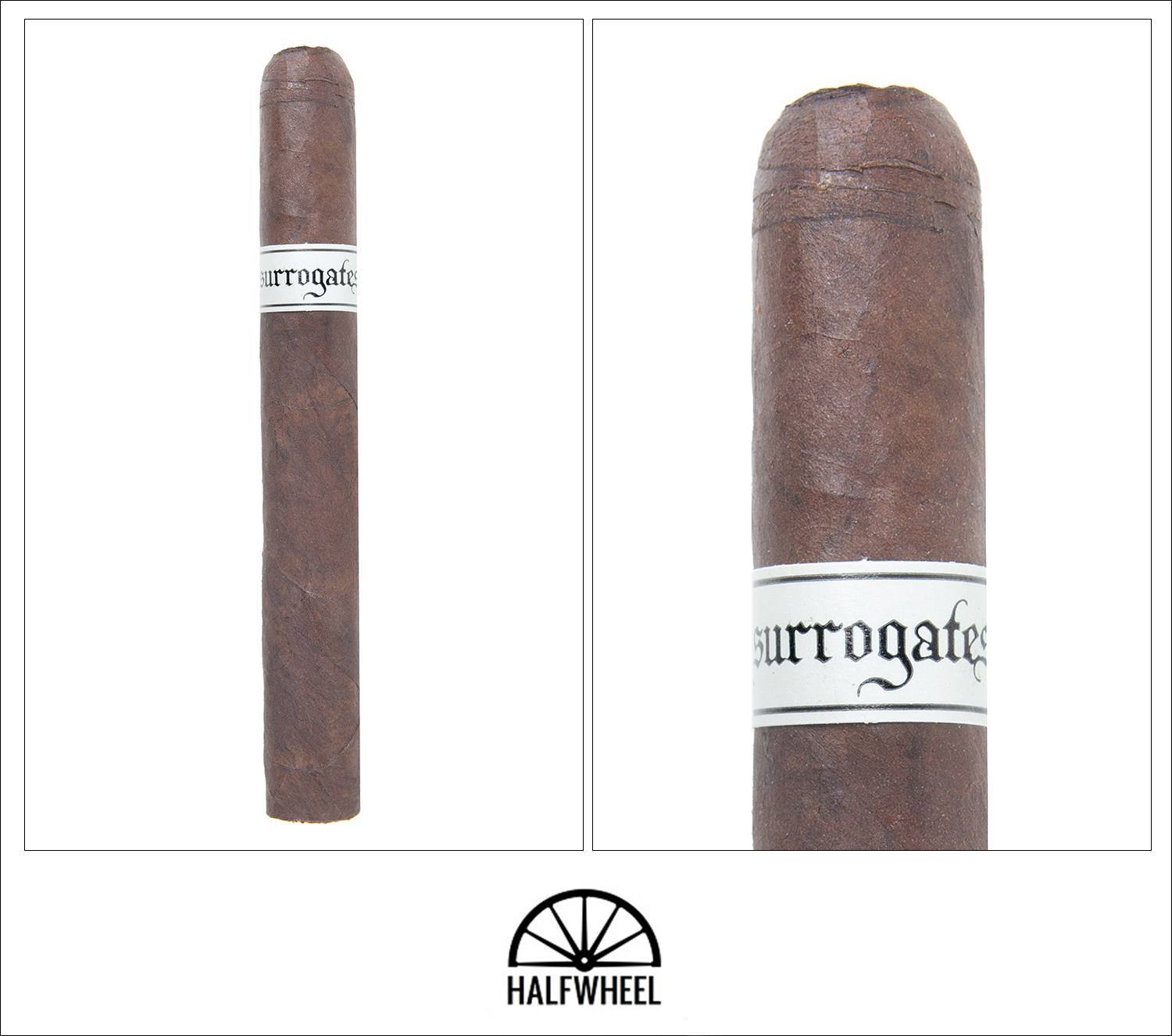 The simple black text on white band complements the dark wrapper well. It’s dry with somewhat of a vintage leather feel. I cannot get much aroma-wise, some cocoa, earthiness and woods from the wrapper. The foot is sweeter, somewhat like a Mliano cookie, though there’s a fair bit of Spanish cedar coming through. It’s a similar story on the cold draw with Spanish cedar and a ton of floral flavors, almost to the levels of some overly aged Cuban cigars.

It starts with burnt butter, creaminess, french fries and some of the floral flavors. As the Cracker Crumbs burns down the first inch, the floral notes remain, now intertwined with some cornbread. There’s some berry fruitiness, stale breads, some white pepper, apple, and Spanish cedar below. By the middle portion, a sharp Dr. Pepper sweetness has added itself to the portfolio, joined by creaminess, sunflower seeds, and some spices. There’s a pretty sharp turn at the last inch with the Surrogates turning creamy thanks to a plethora of buttermilk and woodsiness. The berries pick up, but the floral flavors are almost completely absent. It ends medium-full in flavor, a noticeable uptick from the medium-plus it started, but the body—medium-plus—and strength—medium—stay the same throughout the length of the cigar. 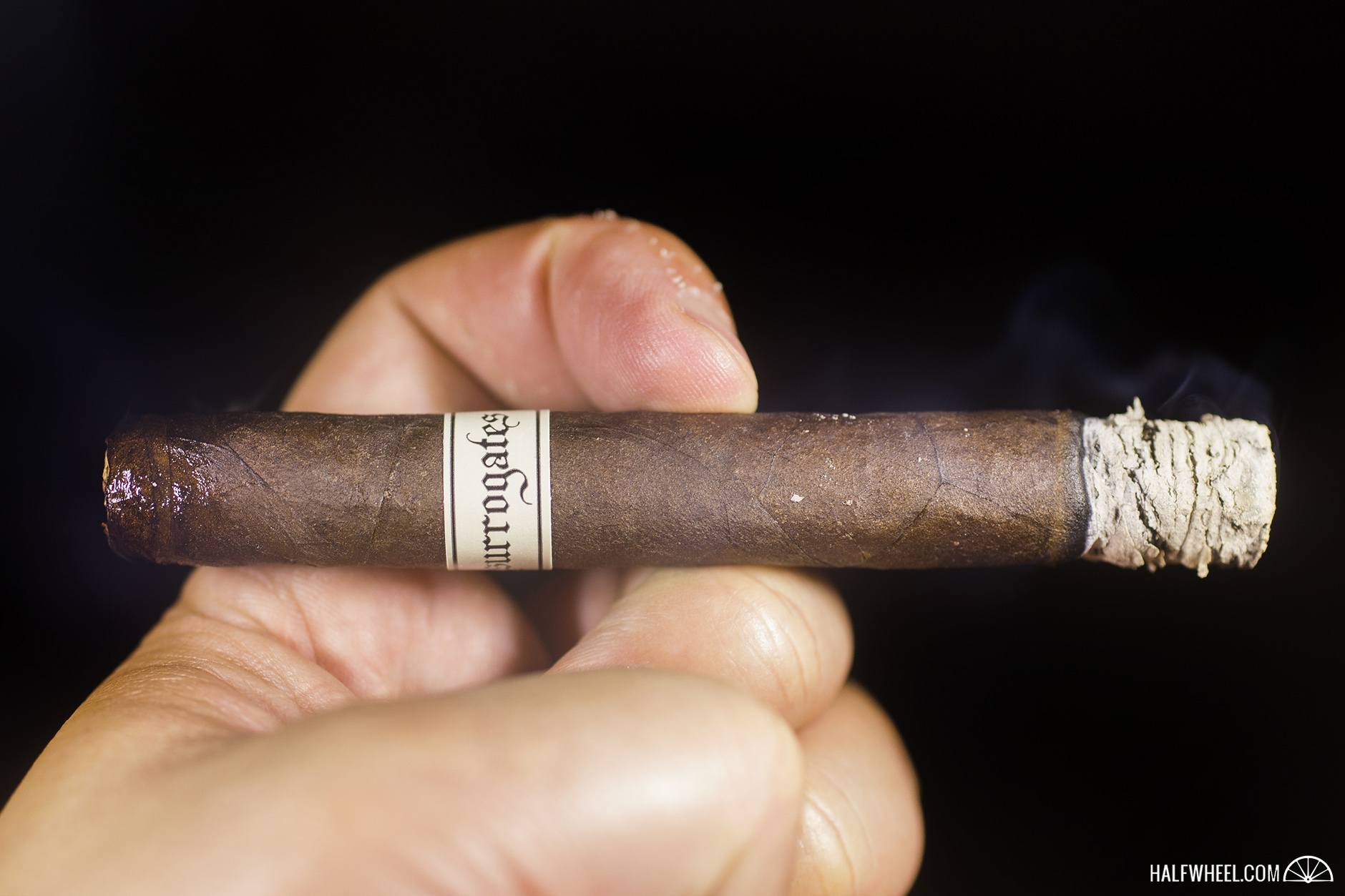 Construction is great start to finish. The only issue is the smoke production, which like many small ring gauge cigars, the Cracker Crumbs has the ability to do well despite long breaks in between puffs, but then poof, is almost or entirely gone. It’s a false sense of extra security and not so much a flaw of the cigar, though I generally avoid it being an issue for the cigar, particularly in the first half.

I have no clue how old these are, but given where they were, they haven’t been acquired in the last year. And that’s a good sign because this aged-at the very least somewhat-Surrogates Cracker Crumbs were quite impressive. Flawless construction, big and smooth flavor and a smoking time that is just a bit longer than you’d reasonably expect. Pete Johnson makes a lot of cigars, so it’s oftentimes easy to forget about many of them. This is one that I’ve forgotten about up until now, but not anymore.