L’Atellier Imports officially launched at the 2012 IPCPR Convention and Trade Show after having started with the first two Surrogates lines as store exclusives for New Havana Cigars. Quickly expanding to a total of four different lines under the Surrogates name during the year, at the 2013 show there was yet another line addition with the 6 x 60 Animal Cracker.

Last year in January we saw the release of another cigar with the Animal Cracker blend, called Cracker Crumbs. The petite 4 1/2 x 38 cigar was definitely appealing to people who weren’t a fan of the massive 60 ring gauge of the original, however it seemed to be that the blend was ignoring the middle ground.

This year, L’Atellier Imports co-founder Dan Welsh posted an announcement on Instagram stating “Because you asked over and over” – with a photo of a robusto sized Animal Cracker next to its 6 x 60 predecessor. On March 20th, the new Animal Cracker – dubbed the AC550 – launched at The Smoking Tent Event 2016 hosted by Tinder Box Easton, shipping to all remaining retailers the following week. 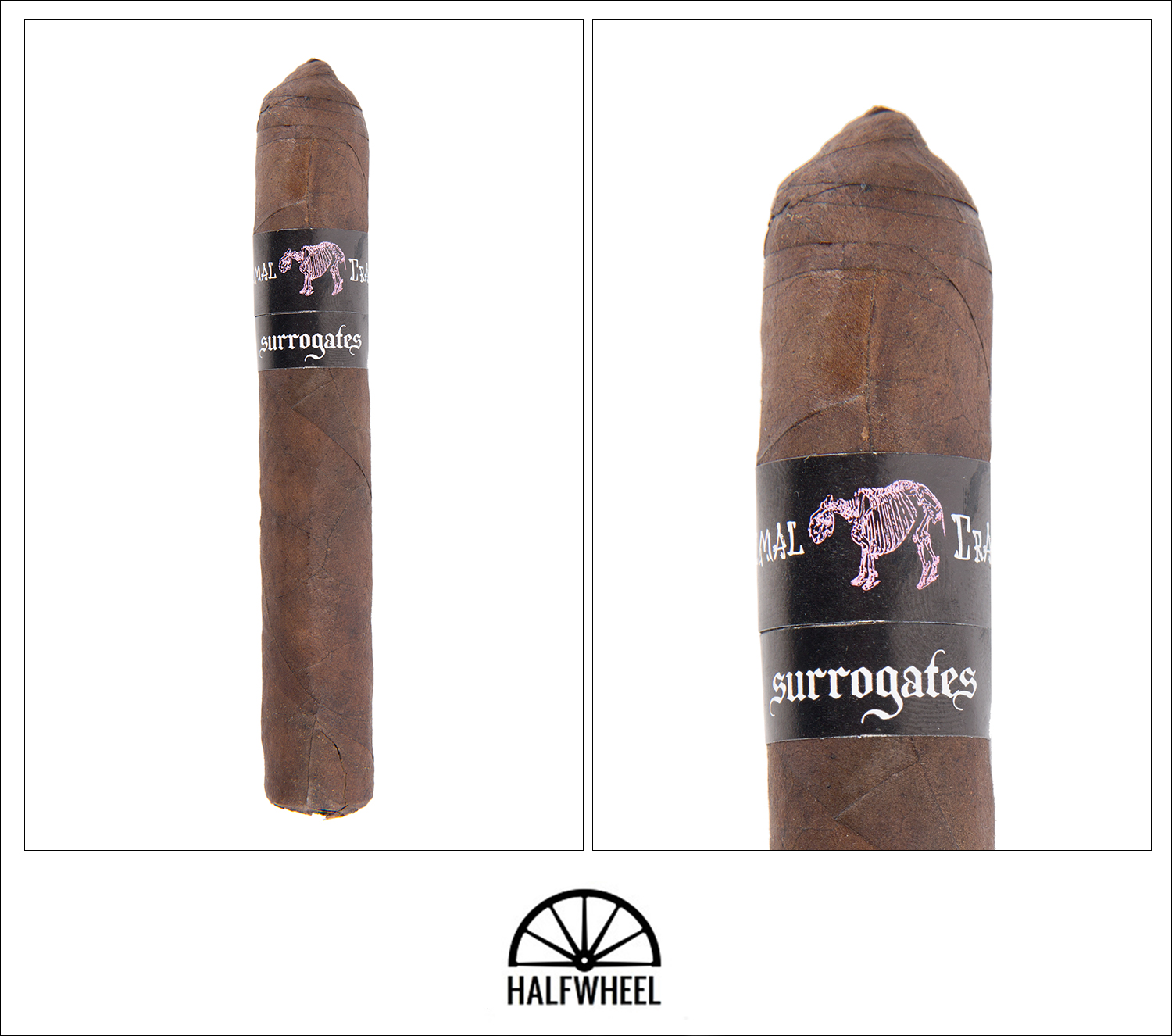 The dark brown wrapper of the AC550 is smooth and shiny, and while the black band doesn’t perfectly blend in, it’s the pink elephant skeleton that pops out against the rest of the presentation. With a heavy barnyard aroma coming off the wrapper, earth, leather, damp hay and cocoa pop out greeting my senses. On the cold draw I get much more pungent flavors of sweet prunes, spices, pepper hitting the middle of my tongue and a slight bit of leather joining the mix in the background.

Starting into the first third, big notes of spice, a meatiness, black pepper and some salty sourness on my lips from the wrapper – an odd sensation I don’t think I remember from any recent cigars I’ve smoked. As the burn starts on its own journey after I light it, the line is quite wavy and slightly jagged. The draw is much tighter than I would prefer, not quite outside of the acceptable range, but if you were to describe it as snug I think that would be appropriate. It’s still very meaty and peppery, a rich sweetness—almost like fig jam—joins the mix, creating an interesting dichotomy of flavors. While the burn has significantly evened itself up, it’s not quite what I would call a razor sharp line, however it is nice and even now. The ash is dense, not flaking off and holds on to around the inch line. 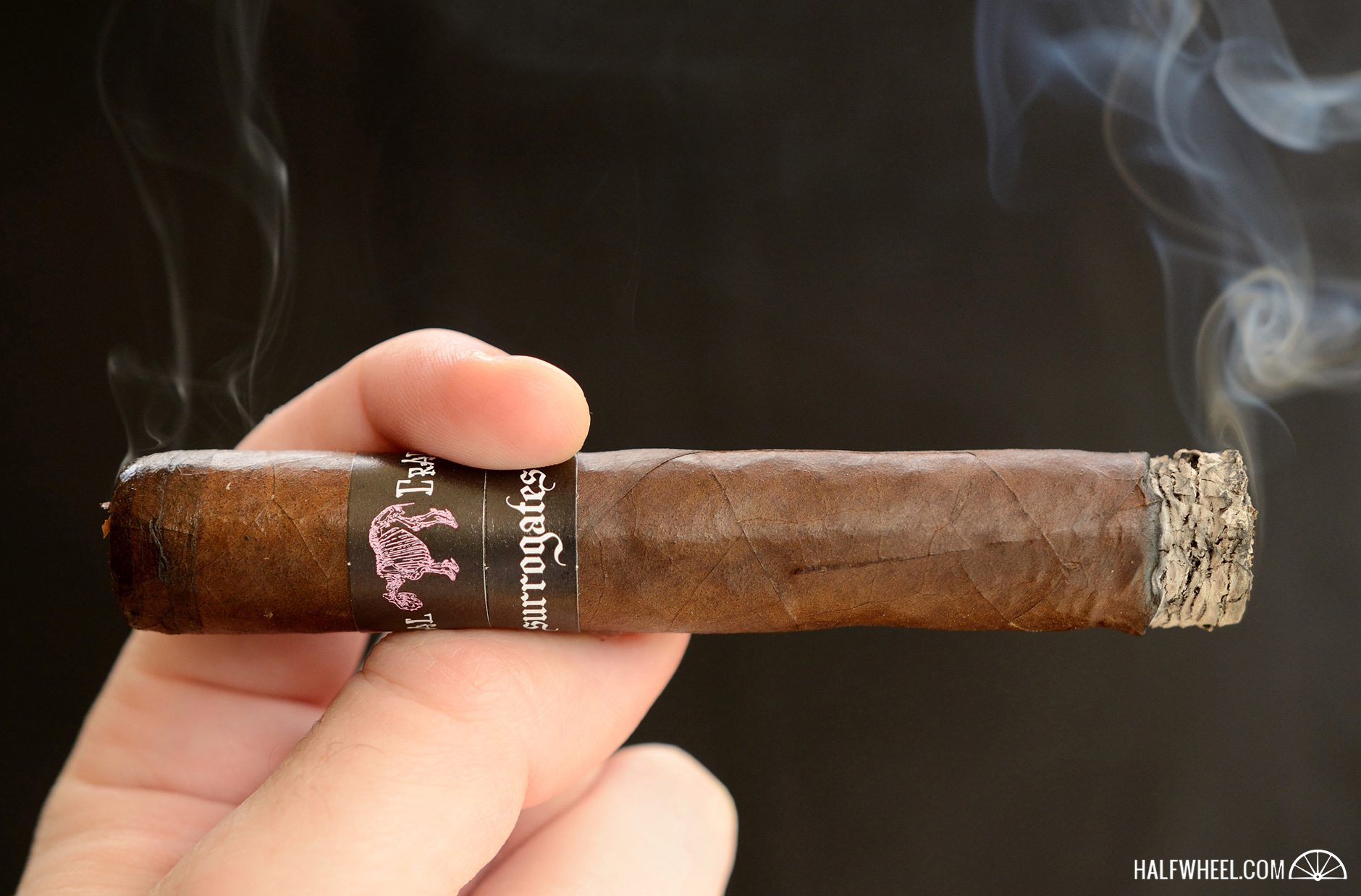 The second third continues with the same sweet and peppery profile, not seeing much change in the flavors themselves, though the fruity sweetness has increased to the point where it’s more even with the meatiness than it was before. Unfortunately, the burn has started to get slightly uneven again, with a section lagging behind and the rest of the burn becoming slightly jagged again. A quick touch up gets things back on track and doesn’t seem to be affecting the profile much, if at all. A gritty espresso note joins the fray, adding to the increasingly interesting, yet odd list of flavors you wouldn’t find me normally asking to put together in a cigar. 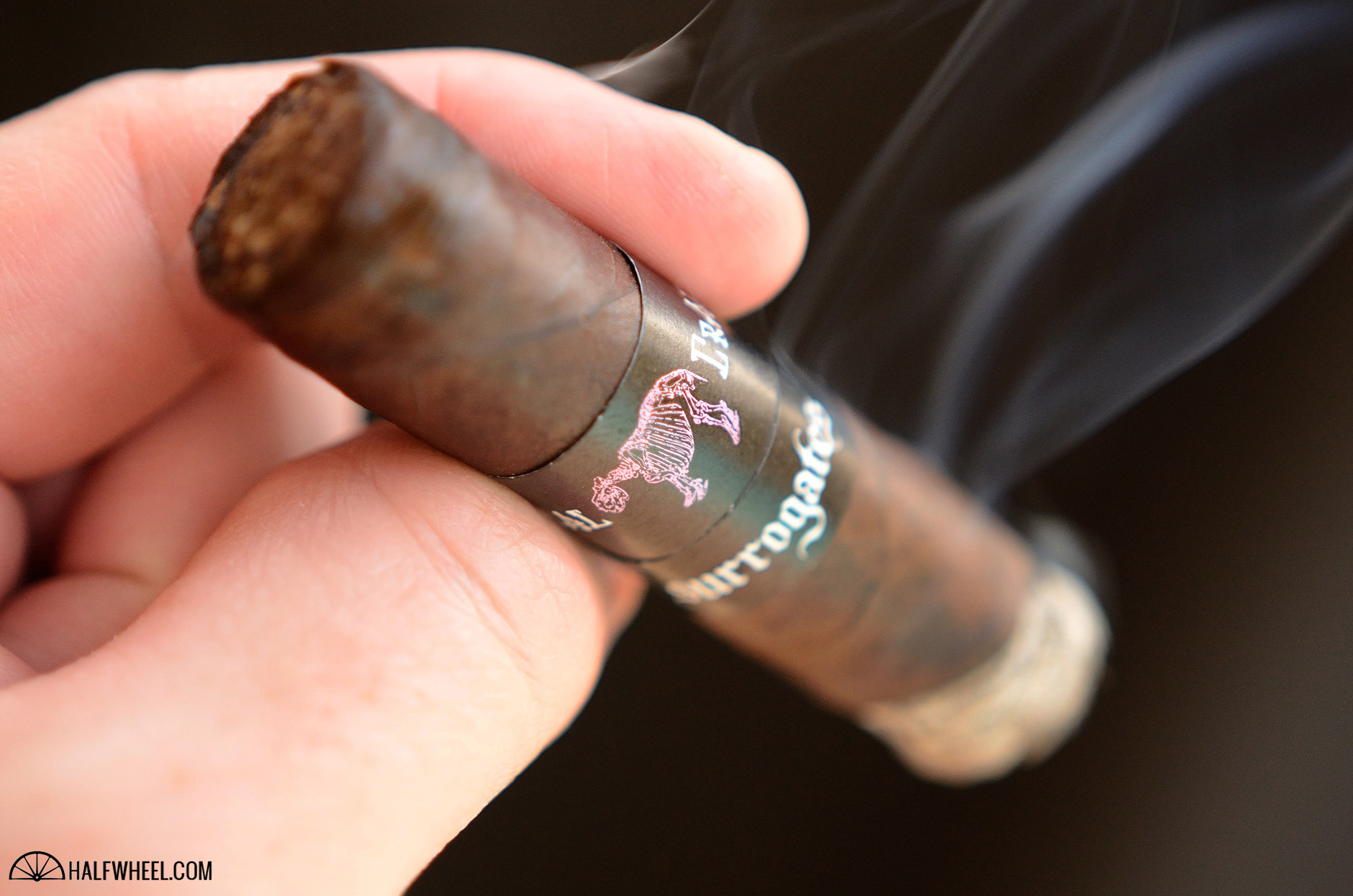 Moving into the final third the sweetness has dissipated slightly, pushing the fruity note towards the middle of the profile. The meatiness, pepper, salt and spice continue up front while trailing in the background is the earthy espresso and some leather. The burn has stayed mostly even after touching it up earlier, but it has started to go off course again, needing another bit of help from my lighter. As the AC550 wraps up, the flavors continue smoothly to the end, finishing the cigar up on a good note. 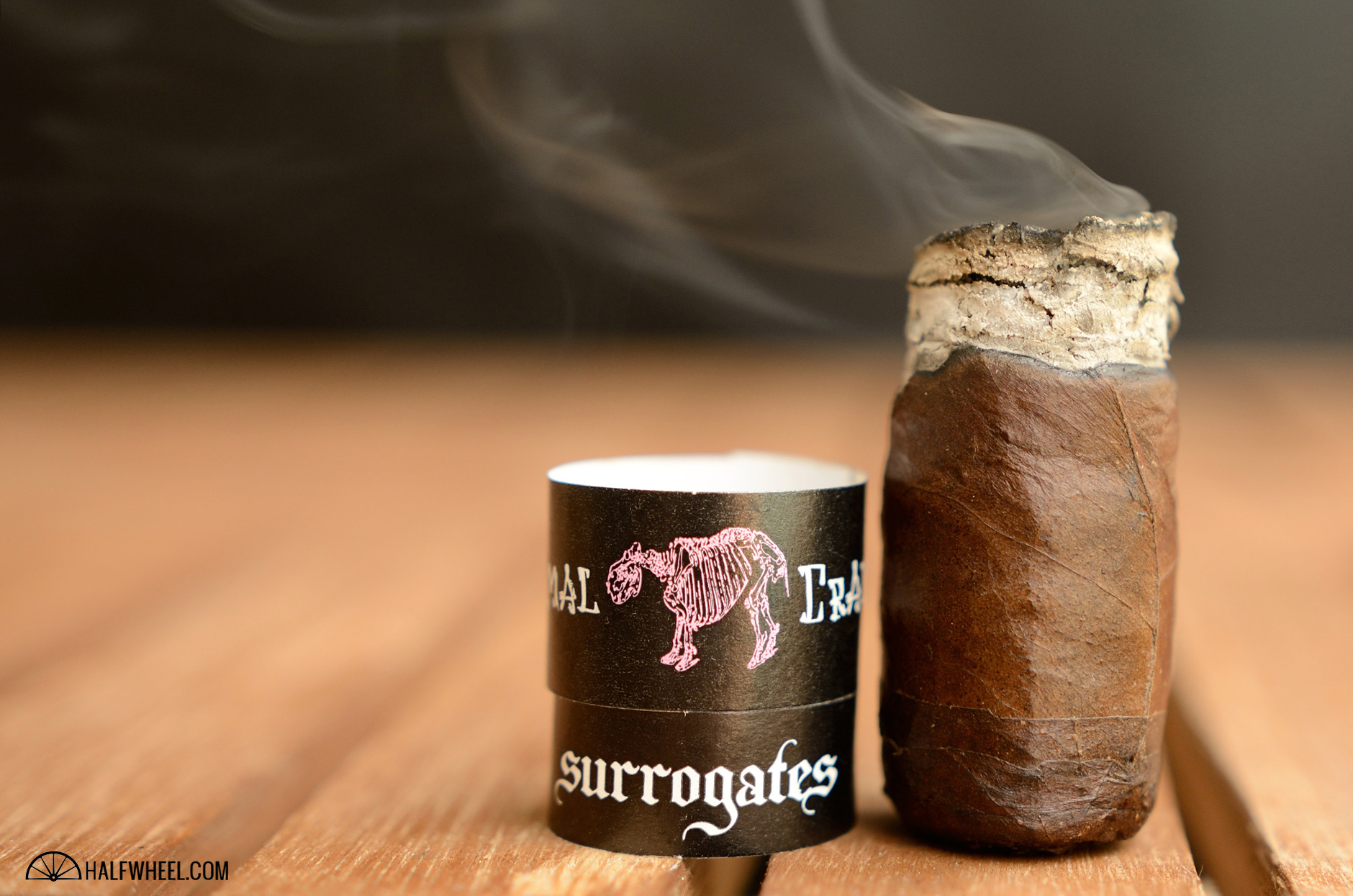 The 6 x 60 Animal Cracker is one of the larger cigars I’ll deal with because I enjoyed the blend, and while the Cracker Crumbs were a neat size, there was still a glaringly empty space between the 38 and 60 ring gauge sizes. Thankfully, the AC550 fills that spot nicely, keeping a great profile of interesting flavors while giving you a pleasing hour and a half of smoking. The burn was definitely not perfect, but with minimal touch ups needed it is far from what I would call problematic. Overall, the Animal Cracker AC550 is a great cigar that I think many people, especially fans of the Surrogates lines, will find enjoyable. I can easily recommend trying these when you get a chance, especially if you were one of the Animal Cracker lovers that were clamoring for a medium ring gauge size.