At the 2016 IPCPR Convention & Trade Show in July, Sindicato Cigars released the first in a new series of collaborations. Named the Sindicato Master Series, the collaborations are made up of secret blends utilizing tobacco blended and produced at various manufacturers. 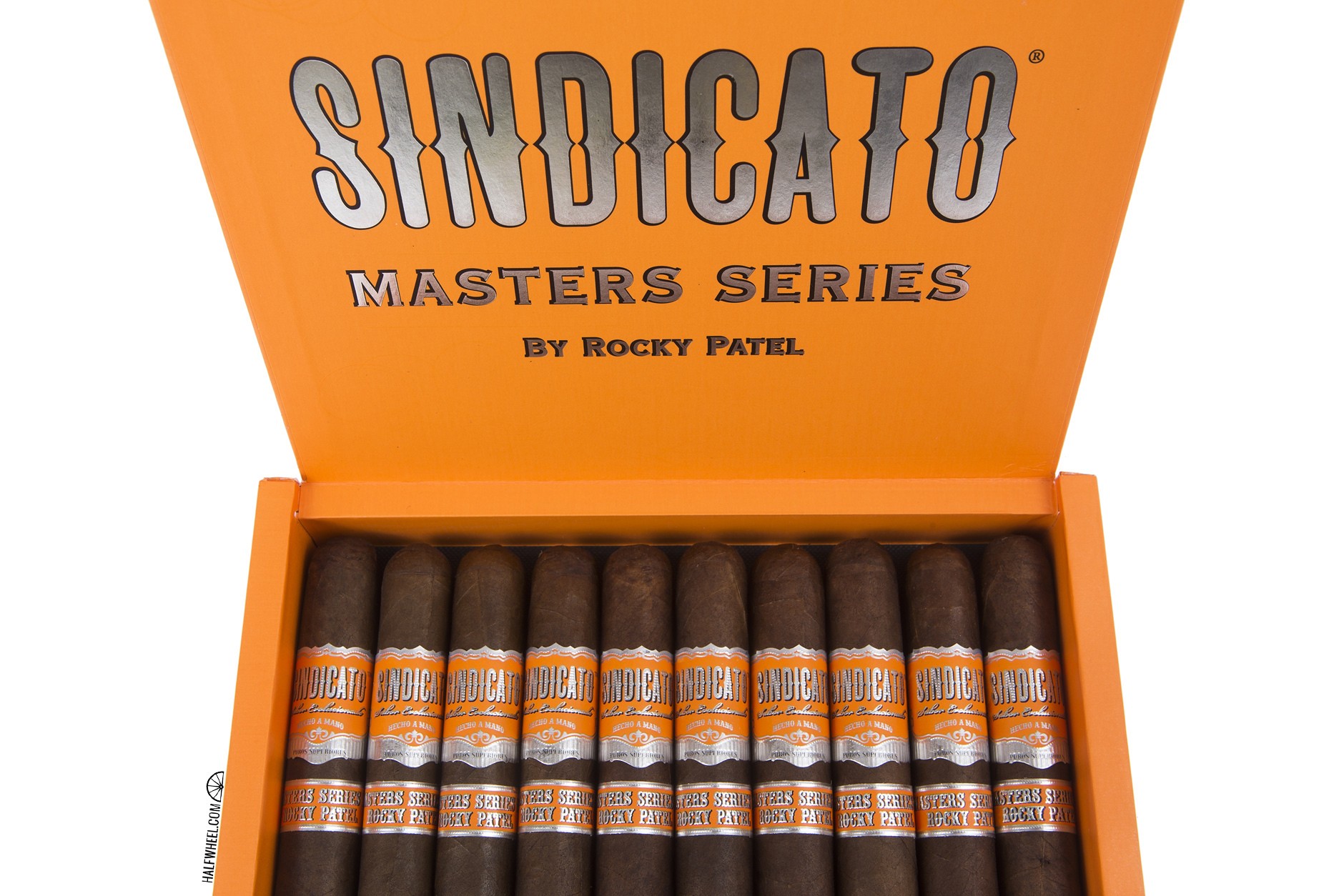 The first release in the new series is the Sindicato Masters Series by Rocky Patel, a 6 x 52 toro that is packaged in boxes of 10 and carries an MSRP of $9.95 each. Although the exact blend is unknown, there were only 2,000 boxes produced of the first version, and according to the company, future versions of the Master Series will include collaborations with Espinosa, Padrón, Perdomo and Quesada. While seemingly nicely rolled, the Sindicato Masters Series by Rocky Patel is fairly average looking, with a rustic, dark mocha brown wrapper that features a bit of tooth to it as well as a few obvious veins. There is no oil noticeable, and the cigar rock hard when squeezed, with almost no give at all. Aroma from the wrapper is a combination of earth, manure, roasted peanuts, hay, dark chocolate and black pepper, while the cold draw brings flavors of asparagus, gritty earth, leather, milk chocolate and espresso beans.

The Sindicato Masters Series by Rocky Patel starts off with an obvious coffee bean note as the dominant flavors, followed closely by lesser notes of anise, dark cocoa nibs, aged oak, leather and floral. There is quite a bit of black pepper on the retrohale early on, as well as some noticeable spice on my tongue, and I am picking up just a touch of indeterminate sweetness that unfortunately does not seem to be any getting stronger as the first third burns down. The draw is excellent after a simple straight cut, and while the burn is not razor sharp, it is far from needing my lighters attention so far. Smoke production is well above average off of the foot, and the overall strength is content to stay at a point slightly lower than medium by the time the first third comes to an end. The profile of the Sindicato Masters Series by Rocky Patel remains fairly consistent for the second third, with the same coffee bean easily taking the top spot, along with other flavors of creamy oak, leather, barnyard, floral, dark chocolate and yeasty bead. While the spice on my tongue is long gone by the halfway point, the amount of black pepper on the retrohale has actually seemed to increase slightly, and the slight sweetness from the first third is nowhere to be found. Construction-wise, the draw continues to impress, but the burn has finally gotten a bit out of hand, forcing me to touch it up. The overall smoke production is still quite high, and while the strength does increase a bit, it ends the second third still a bit below the medium mark. 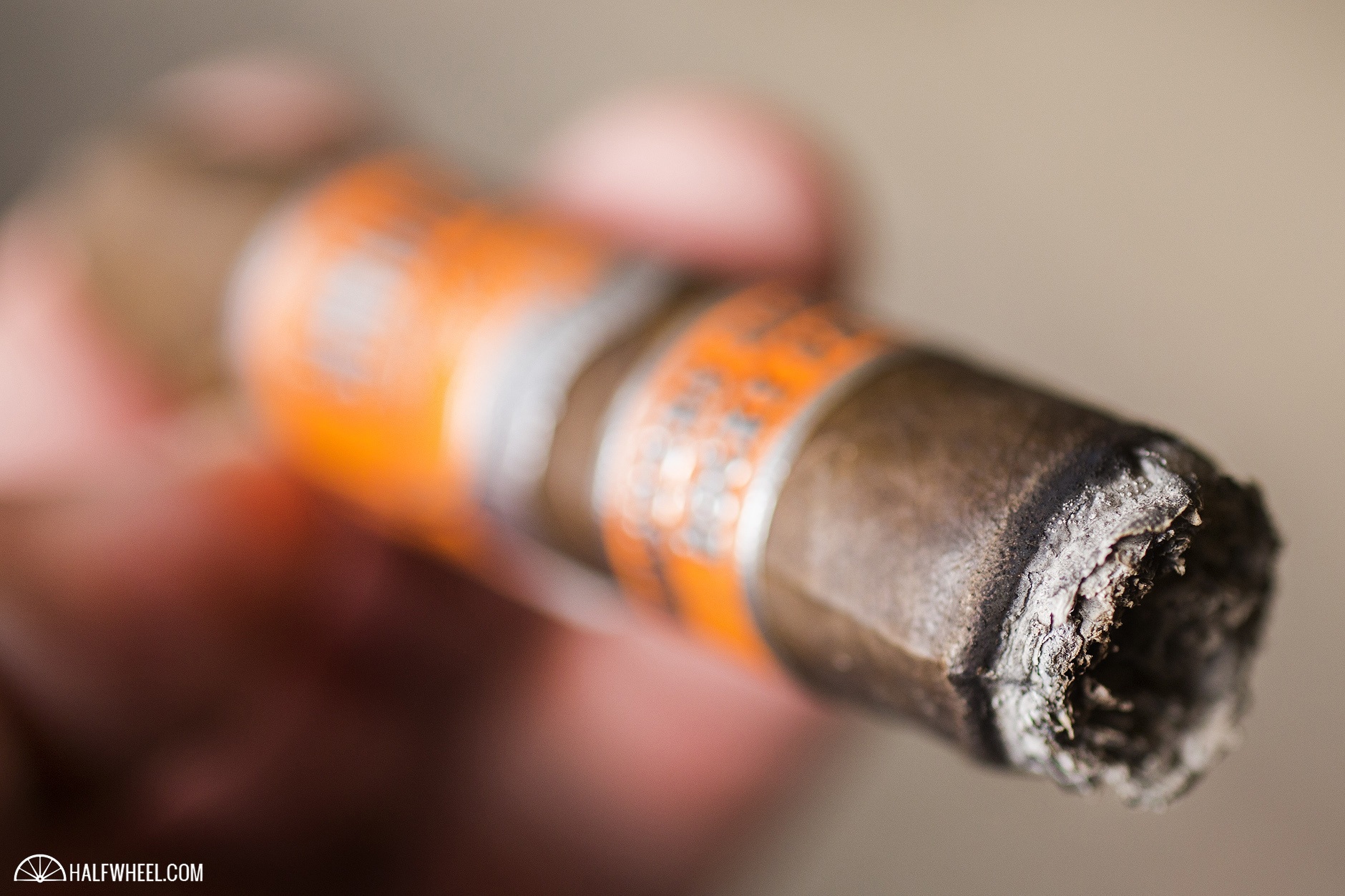 Unfortunately, there is not much change in the flavors that are present in the Sindicato Masters Series by Rocky Patel during the final third, although the black pepper on the retrohale does decrease slightly. The coffee bean bitterness is still dominant on the palate, while other notes of leather, hay, creamy oak, cloves and roasted peanuts flit in and out. The sweetness that was so fleeting in the first third still has not made a reappearance, and neither has the spice on my tongue. Thankfully, the burn has evened up nicely, and the draw remains excellent, while the smoke production actually seems to have increased slightly. In terms of strength, the Sindicado Master Series finally breaks through the medium mark right before I put down the nub with less than an inch left. Constant readers of my reviews will notice the trend of examining how much sweetness is present in a blend. For me, sweetness—no matter what flavor it presents as— adds not only complexity to just about any profile, but also adds quite a bit of interest for me personally as I am smoking. Put simply, it makes any cigar better. The Sindicato Masters Series by Rocky Patel is a perfect example of how a blend could be enhanced by this attribute, as while the cigar is a decent enough blend, the lack of any appreciable sweetness really hurts both the complexity as well as the overall experience. Those looking for an easy smoking cigar with an abundance of black pepper should try it out, but Rocky Patel makes any number of better cigars that are available at a better price.