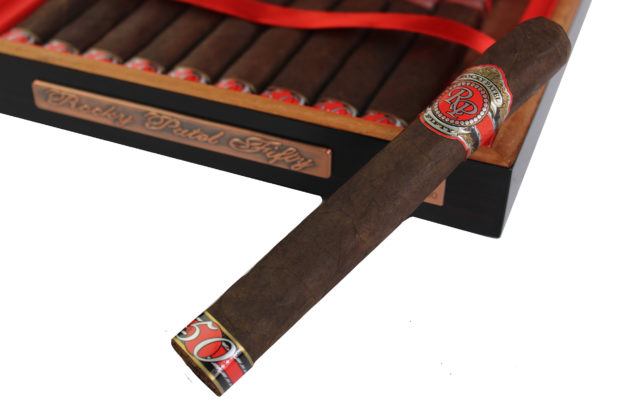 Rocky Patel Premium Cigars is bringing its Rocky Patel Fifty back to the market, but only in one size and only in limited production.

Originally released in 2011, the cigar was created in celebration of Rocky Patel’s 50th birthday. It came in three sizes–Robusto, Toro, and Torpedo–with each limited to 2,000 boxes of 20 cigars, for a total of 120,000 total cigars.

This time only the Toro returns, and with only 1,000 boxes of 10 cigars produced–a total of just 10,000 cigars. It retains the original price as when it was launched, $21 per cigar, before taxes. It also retains the same blend of an Ecuadorian habano-seed oscuro wrapper on top of a Nicaraguan binder and filler, with production being done at the company’s TAVICUSA factory in Esteli, Nicaragua.

“We’re excited to have the Fifty Toro back in the portfolio,” said Rocky Patel, company president and ceo, via a press release. “Over the past few years, we were asked repeatedly for this cigar. It was the blend. It was the box. It was the whole luxurious package that the Fifty represented.”