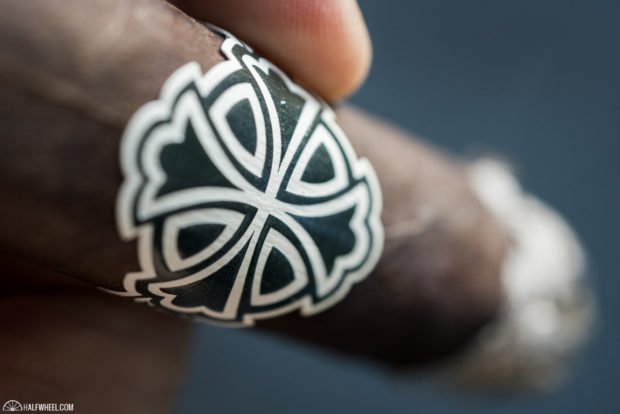 I remember the Saturday afternoon where Patrick Lagreid and I were discussing Steve Saka’s return to the cigar industry. Patrick had found evidence that Saka was returning to the business through a new company called Dunbarton Tobacco & Trust, then I found that Saka had registered for a few trademarks, one of which was Sin Compromiso, Spanish for without compromise.

That was June 2015 and it took three years before the finalized Sin Compromiso would go on sale as an actual cigar line. As the name implies, the idea was to make a cigar that wasn’t held back by any of the normal constraints that go into making a profitable cigar line: materials, time and costs.

As it turns out that meant a filler blend of Nicaraguan tobaccos, an Ecuadorian habano binder and a Mexican San Andrés wrapper that is grown in a manner similar to Japanese artisan fruits.

The cigar debuted last year in five regular production sizes, though late last year Corona Cigar Co. of Orlando, Fla. received a new size, the Selección No. 6, a 6 x 60 version of the line. Like the rest of the vitolas, it’s a limited production cigar that is made on an ongoing basis. 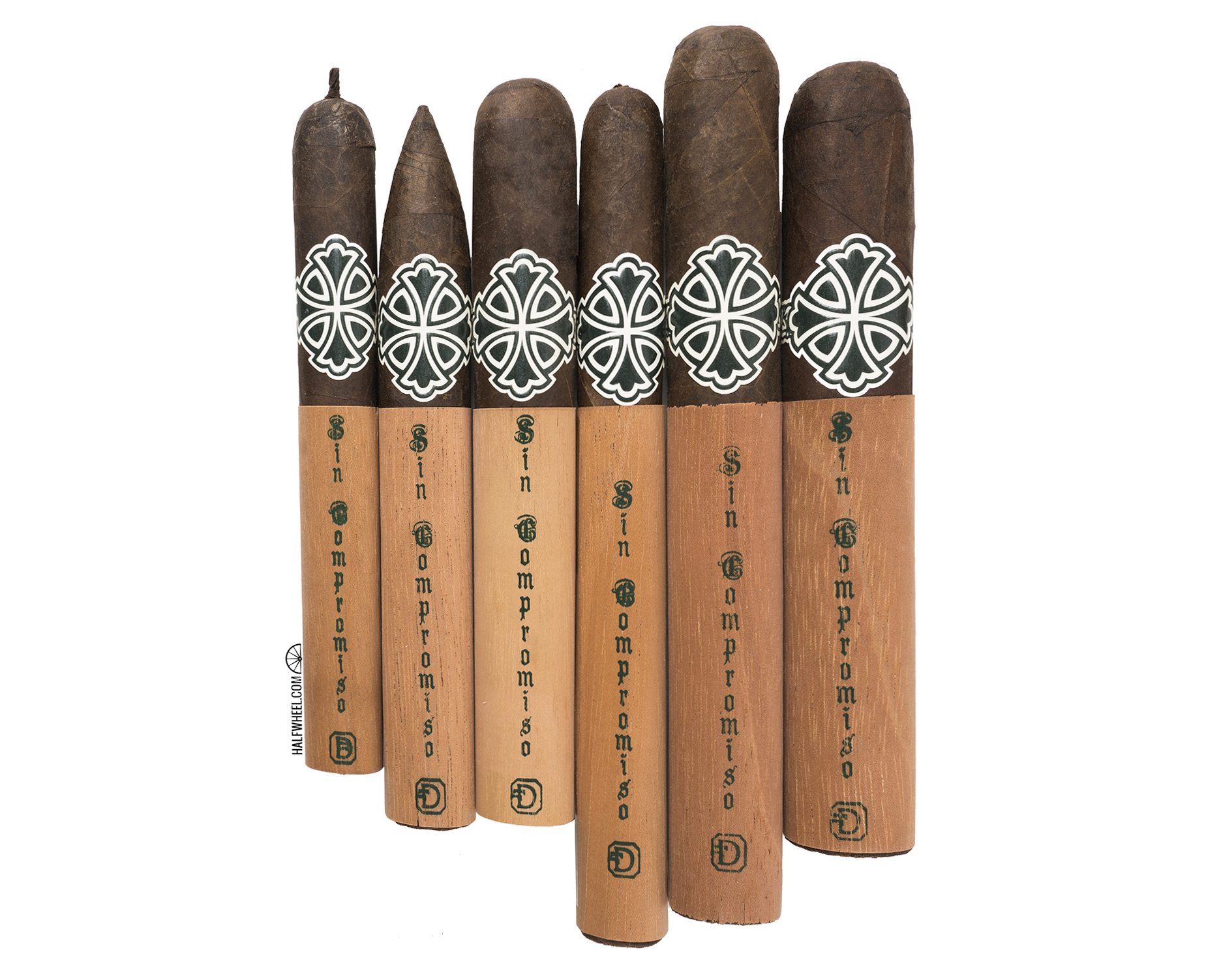 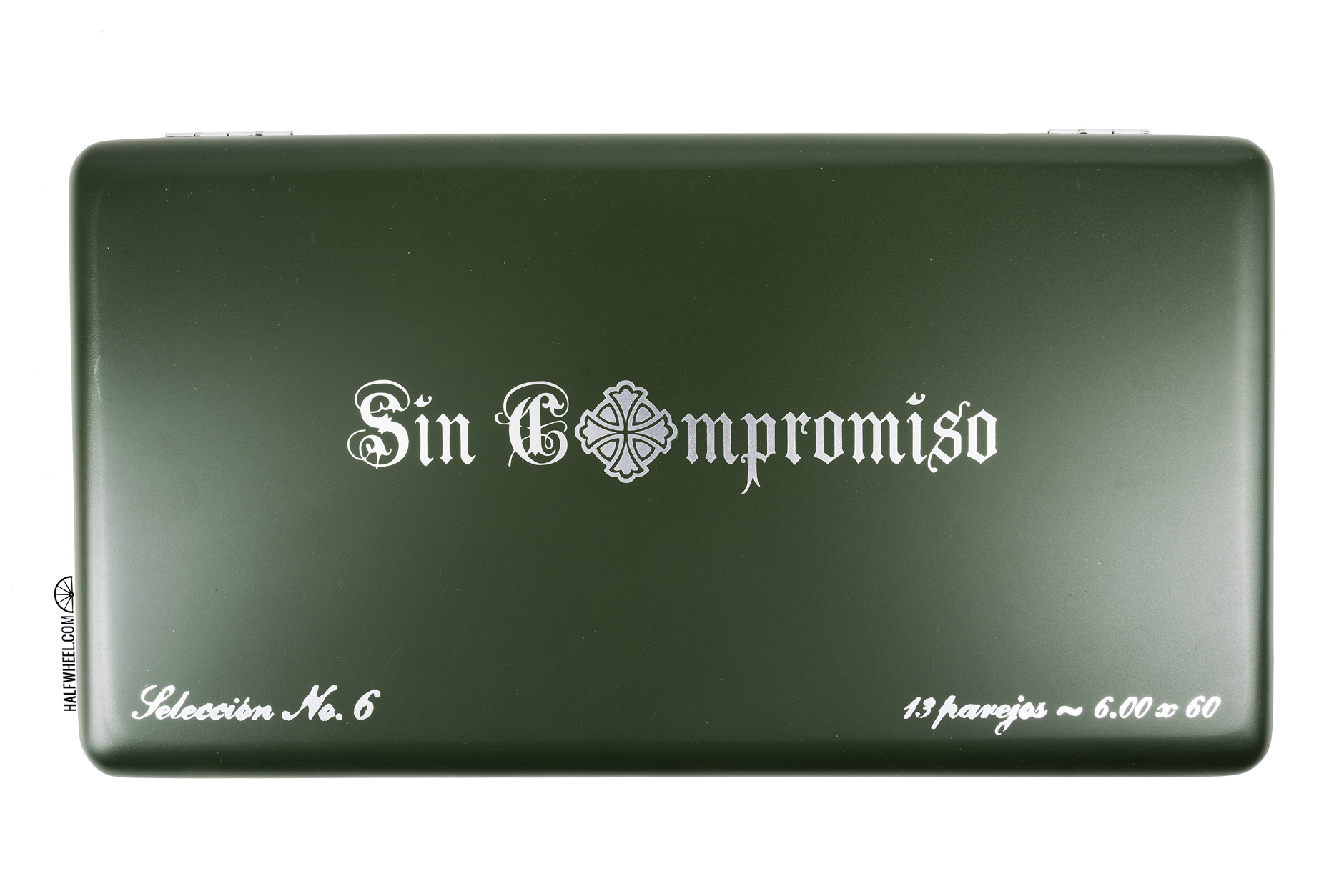 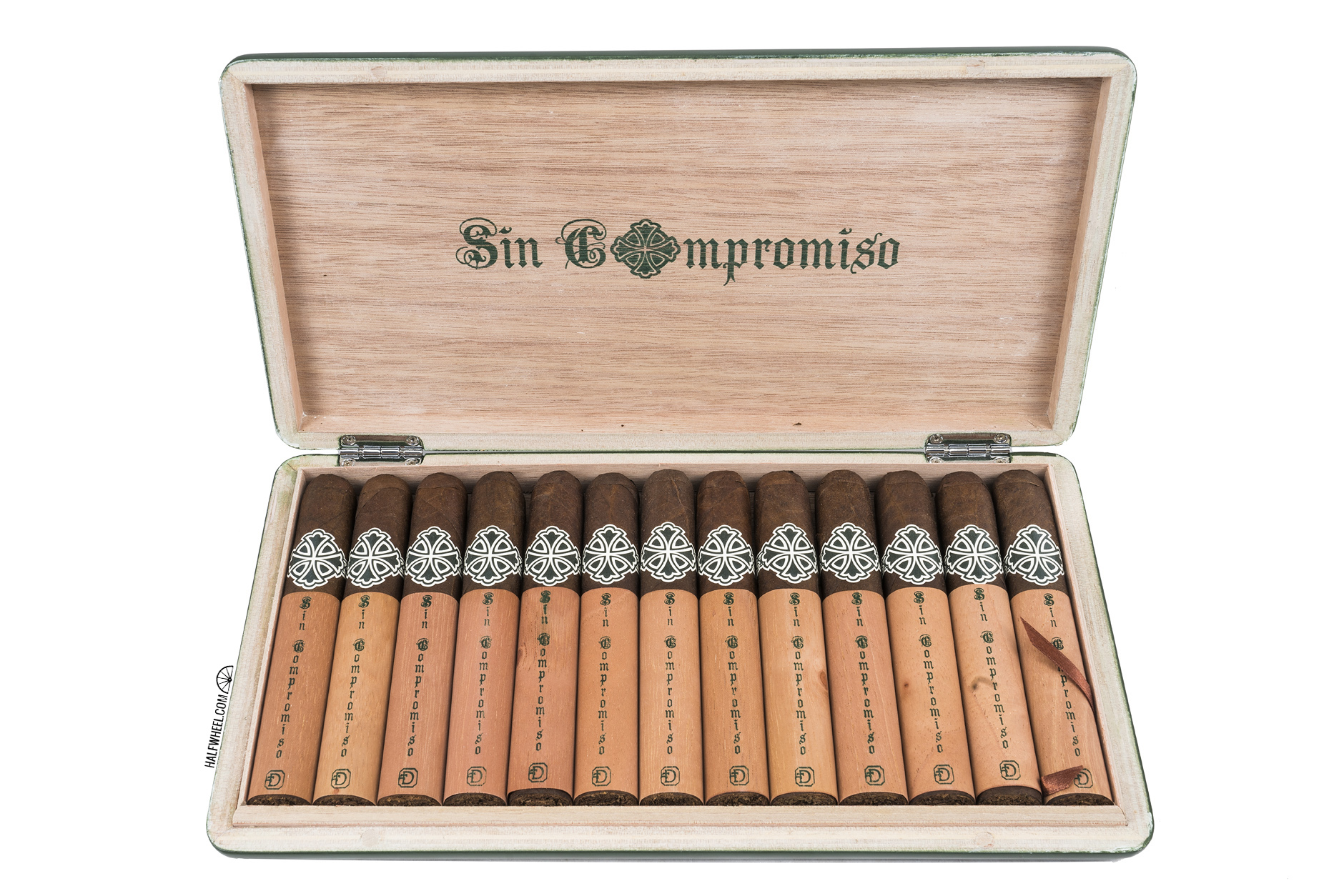 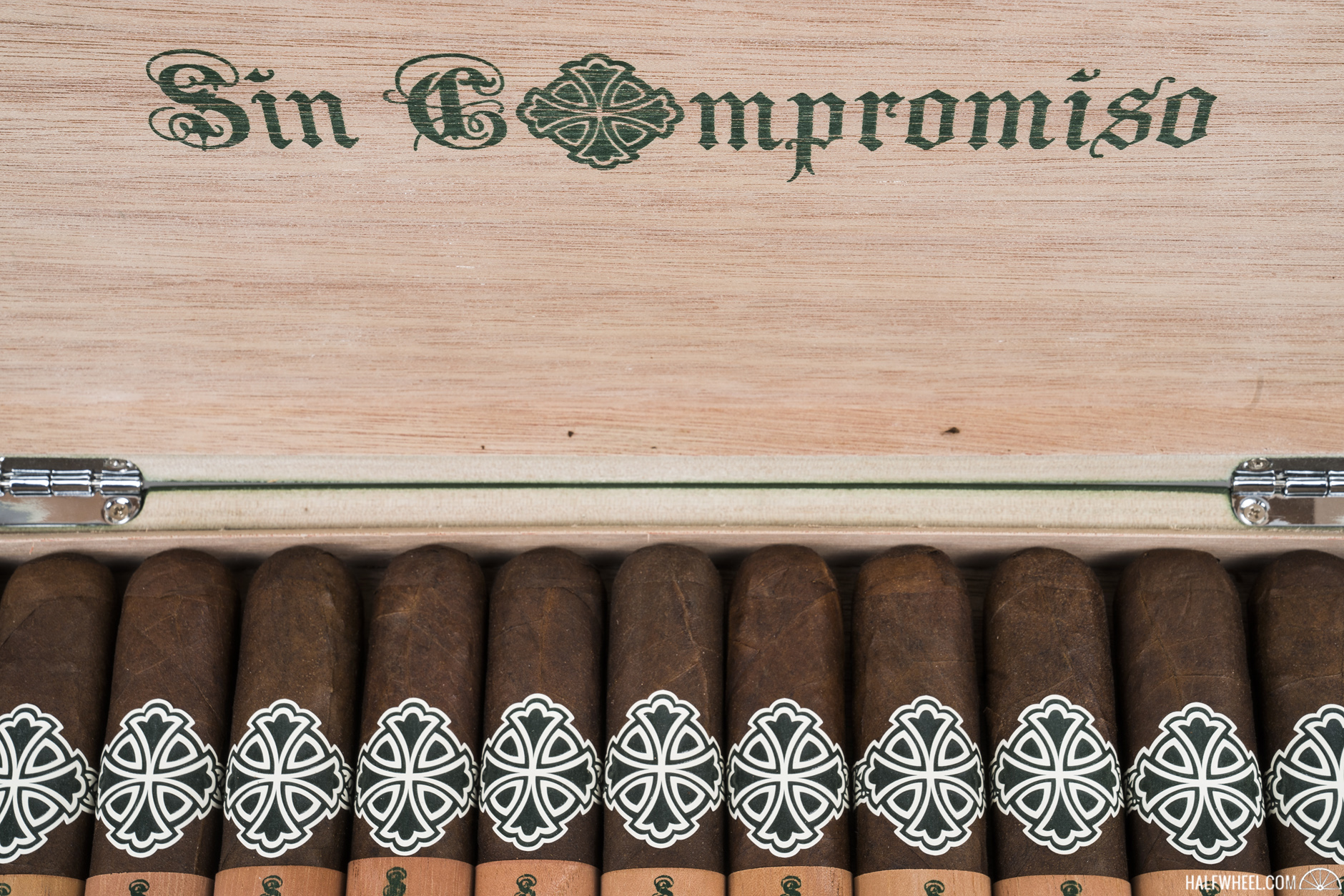 This won’t be the last size for the line, as Saka has already announced that there will be another 6 x 60 size heading to Cigaragua in Amsterdam later this year. That size will feature a “bullet head,” a reference to the slightly tapered head made popular by the Cuban 109 size. 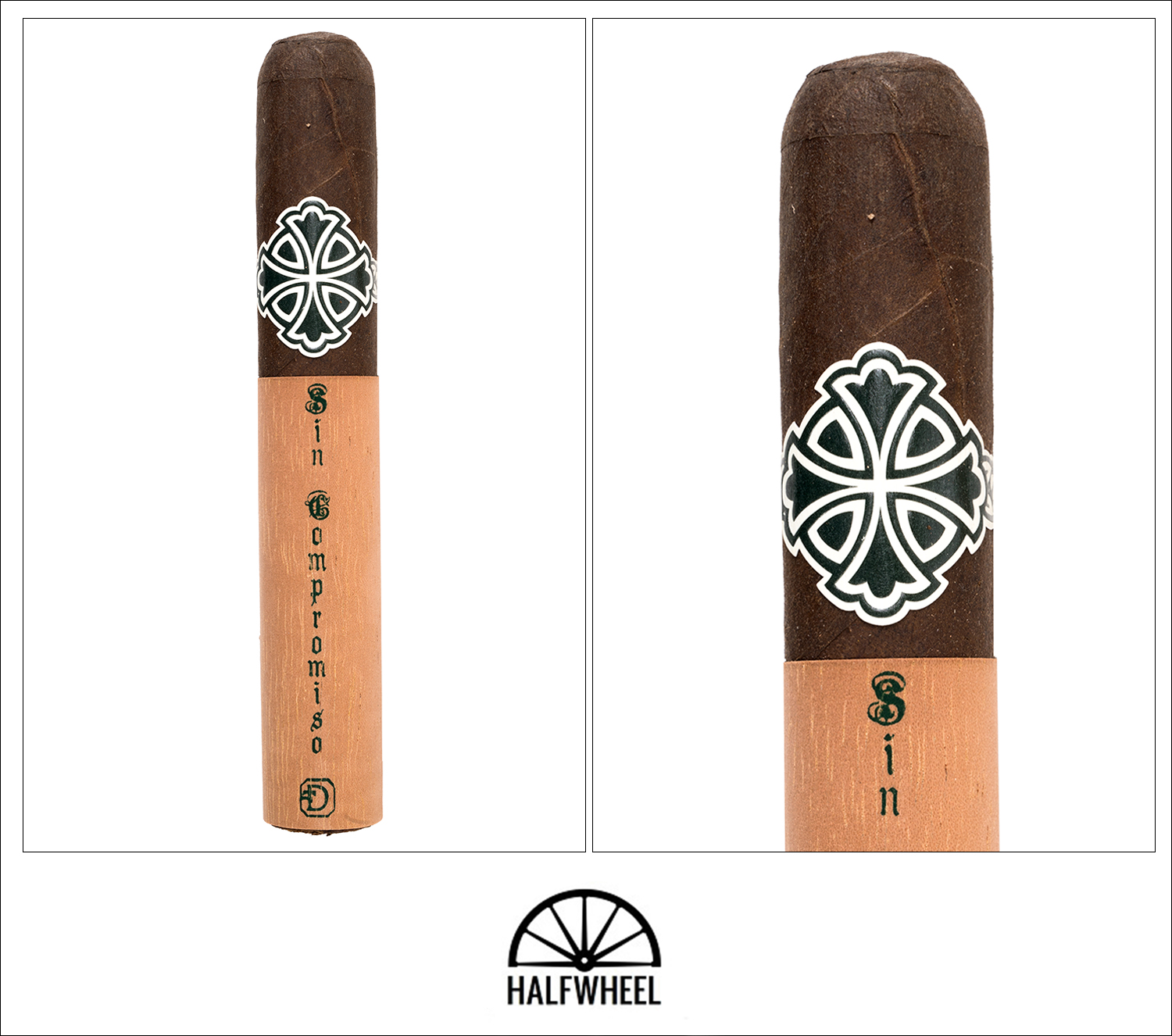 While I am pretty sure the cigars were rolled round, the Sin Compromiso Selección No. 6 is no longer a uniform circle, something that I imagine is due to a natural pressing process in the box. The cigar is well-rolled and the wrapper is uniform in color. To the touch, the Mexican wrapper feels like the softest sandpaper I’ve ever felt, textured but almost more like a textile in terms of how it feels in the hand. Aroma off the wrapper is bizarre: a bit of petroleum, a sweetness that reminds me of smelling a fortune cookie, and then some chocolate, though there’s no sign of the cedar sleeve. The foot is sweeter and fuller with chocolate, Spanish cedar, some spices and something that reminds me of clay. The cold draw tastes like a very pungent chocolate malt followed by a flavor that reminds me of a bad Scotch whisky; it is also quite full.

I struggle to get a ton of smoke from the first puff, something that ultimately changes by the third puff, so the flavors are a bit muted. Both spice and mild pepper are present in the opening puffs of the Sin Compromiso, also joined by earthiness, sweetness, cedar and a touch of chocolate, right around medium-plus. While the opening puffs might have been somewhat restrained, the Sin Compromiso Selección No. 6 quickly becomes full. There’s a lot of nuttiness, a bit of a pecan-dominant note as well as toastiness and pepper in the flavor. One sample is completely dominated by this unique chocolate flavor that reminds me a bit of a malt that I can’t more specifically place, though it’s almost more of a chocolate smoothie. Retrohales vary between a super bright orange flavor and a punishing amount of intense cocoa. All three cigars have red pepper, usually on the middle and bottom parts of the tongue, though it moves around on some puffs. Two samples have a distinct spice on the lips, something I don’t pick up on the other cigar. Flavor is full, body is fuller and strength is full. Construction is great, although the draws aren’t consistent across all three cigars. 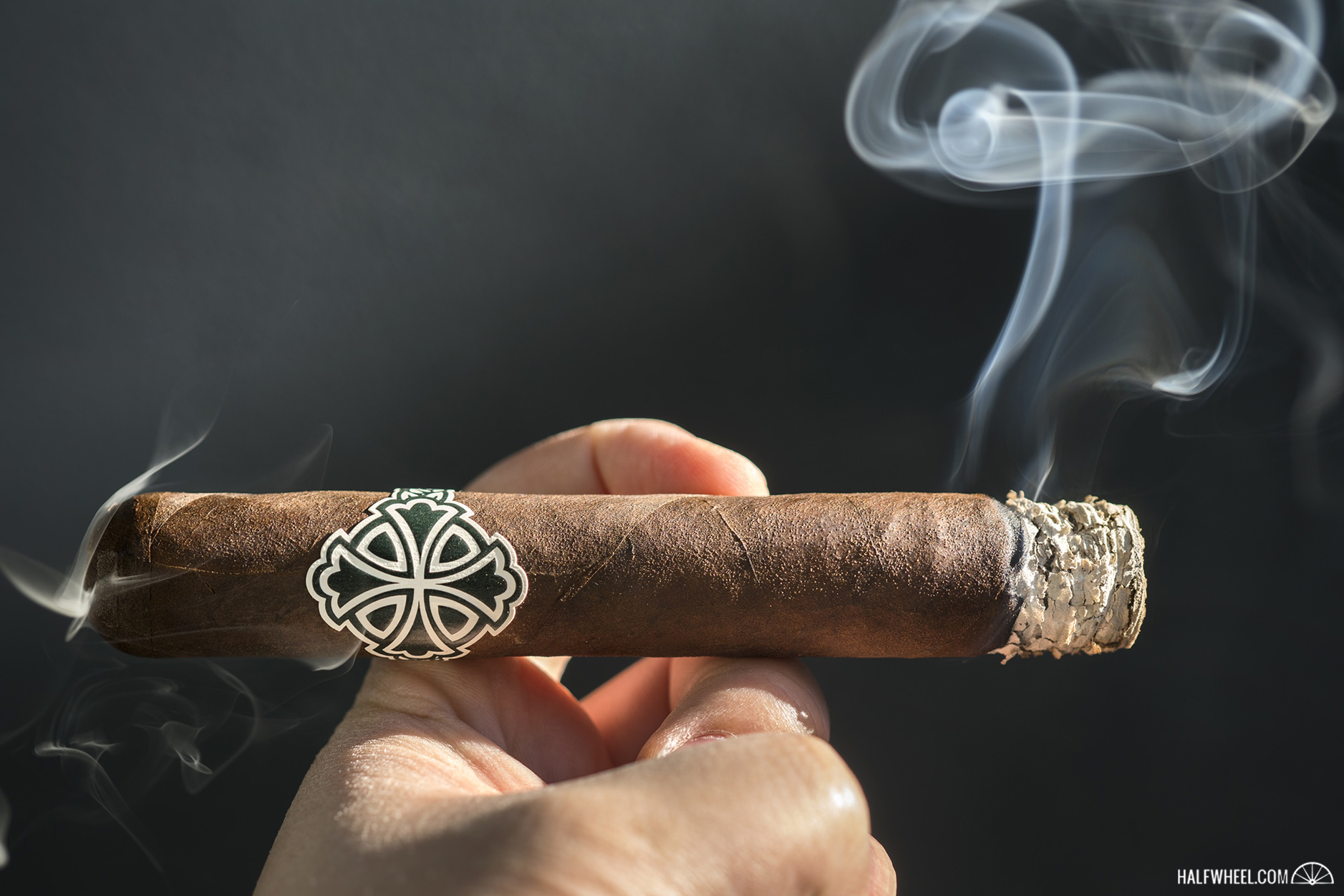 If you like bourbon, there’s a good chance you’ll enjoy the second third of the Sin Compromiso in a 6 x 60 format. My mouth is covered in toastiness and nuttiness, but once again, the retrohales are where the unique flavors are. On one sample, it’s a bitter chocolate and a lot of creaminess, the others produce watercress, toastiness and a raspberry sweetness. The finish is where the bourbon flavors come through—my mouth tastes like I’ve just had a large sip of overproof bourbon with the toastiness and a lot of the spiciness. Flavor and body are both full, albeit not where they were in the first third, while strength seems to be at medium-full. I don’t have any construction issues yet, but the smoke production has decreased noticeably to the point where I feel pretty confident that I’ll need to touch the cigar up to keep it going in the final third. 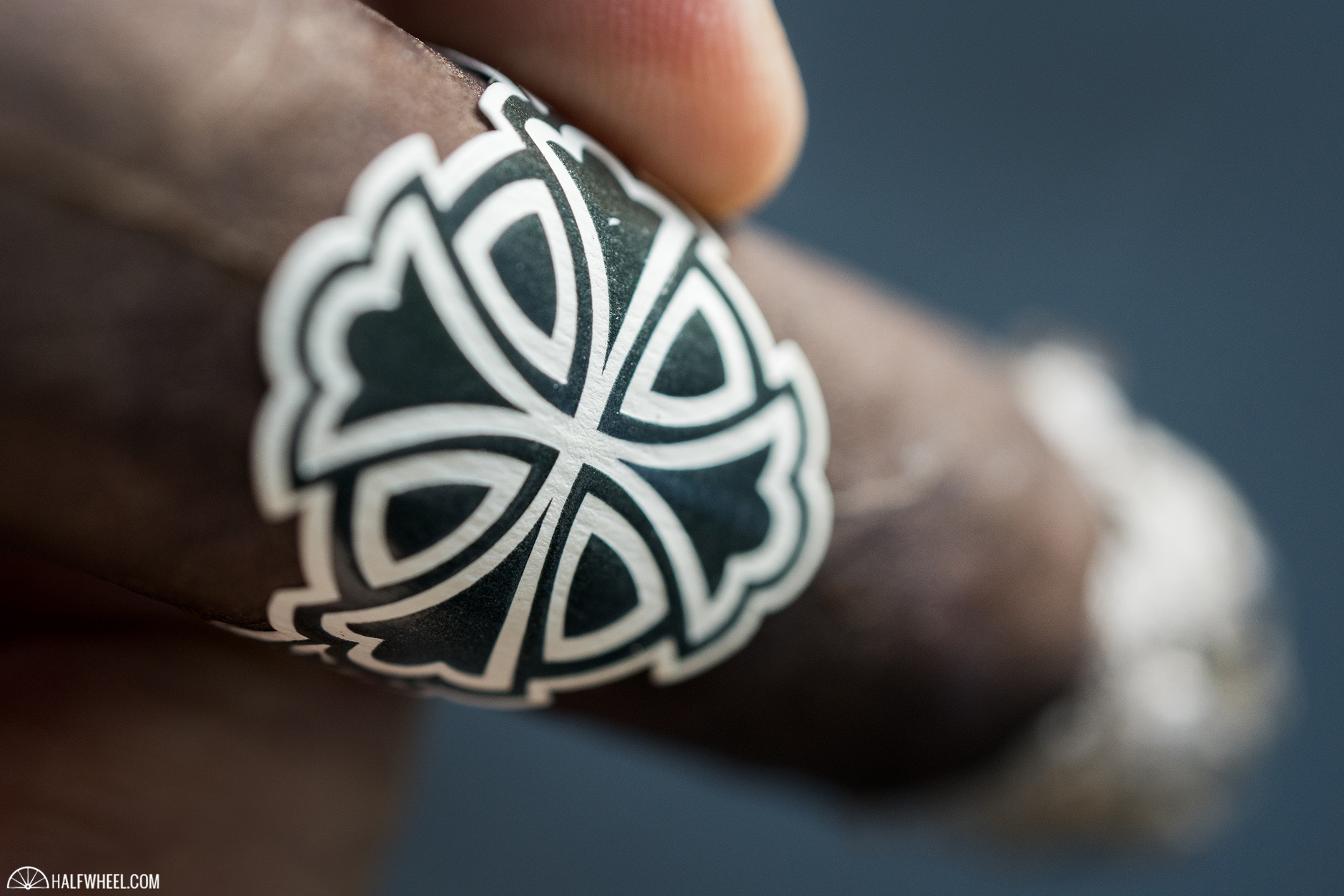 While the first two third are a bit all over the place in terms of the different flavor sensations, the final third of the Sin Compromiso is really classic Mexican San Andrés. There’s an earthy core with some of the more advanced terroir notes that Patrick likes to reference, which sit on top of an underlying sweetness. At times creaminess and oak come to play, and one sample even has a flavor that reminds me of potato chips just pulled form the fryer, but for the most part the cigar is an ode to sweet earthiness. One sample—the one that was a chocolate bomb in the first third—has a ton of spice that forms around the lips, though the sensation isn’t present anywhere else. Flavor ranges from medium-full to full, body is towards the stronger end of medium-full and strengths stays at medium-full. As I suspected, the burn line needs a touch-up to prevent it from going out, the first and only time during the cigar where construction suffers. 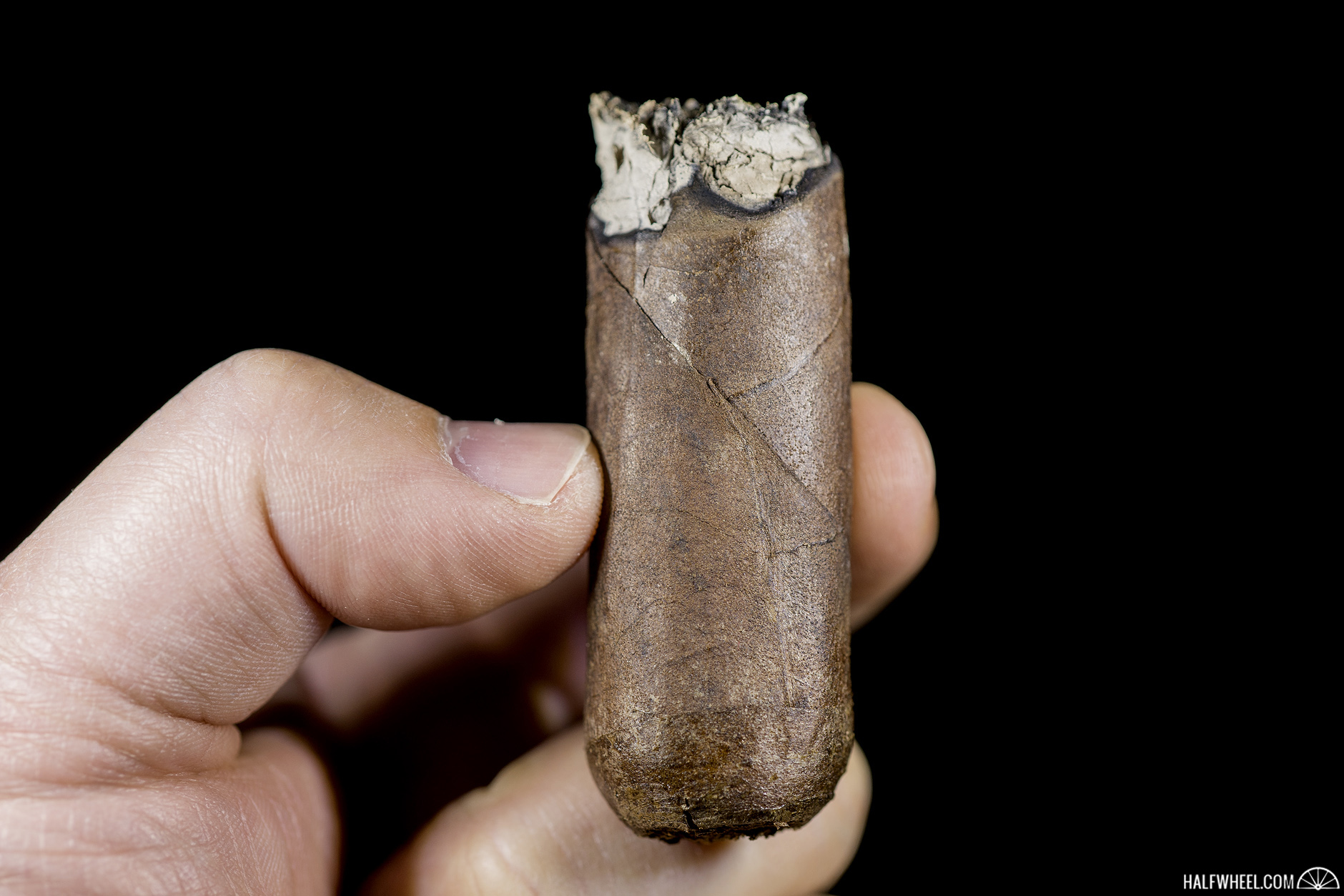 Given the inconsistencies between the three cigars—particularly the super intense chocolate on the first sample I smoked—I’m a bit concerned that my three experiences won’t be able to accurately mimic what you might experience, particularly if you only smoke one cigar. That being said, the Sin Compromiso Selección No. 6 is very good. Given how well the 6 x 60 size sells, I am a bit surprised that Saka opted to make this a store exclusive, even to a store as big as Corona. While this size isn’t my favorite vitola to physically smoke, I think this is one of the better vitolas within the Sin Compromiso line.