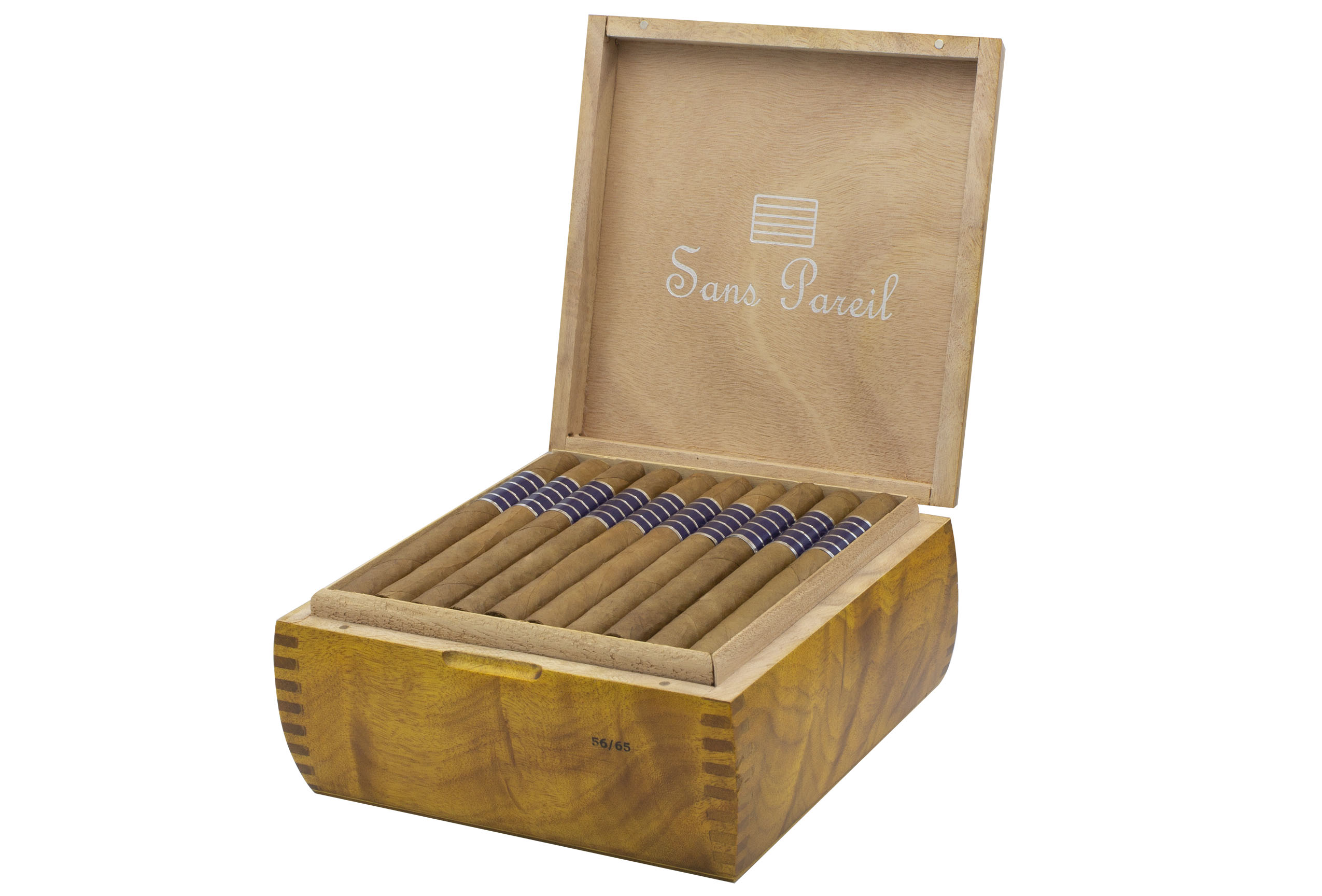 Sans Pareil has begun shipping the final installment in its Cabinet Series, the Blue Lonsdale.

It measures 6 1/2 x 42, and like the other sizes in the line, the Lonsdale is a Dominican puro that uses a criollo wrapper. Each cabinet contains 50 cigars, and brand owner Aaron Saide to halfwheel that he was able to produce 25 of the cabinets, though he did say a few more may be able to be released after doing an additional round of quality control.

The Sans Pareil Blue Lonsdale is priced at $30 per stick and $1,500 per cabinet, before taxes. It is being produced at Tabacalera Palma in Tamboril, Dominican Republic.

It joins the three regular addition production sizes in the line:

Additionally, the Blue Line received a Lancero vitola in October 2018 as part of the company’s Lancero Collection.