The S.T.Dupont Apollo L’Aquart collection is named after NASA’s missions to the moon, itself a reference to the Greek god of mythology. Like other Haute Creation collections, Dupont partnered with an artist, Luis Alberto Quispe Aparicio, to create the collection. Quispe Aparacio specializes in carving ruby, but also works with other high-priced material. 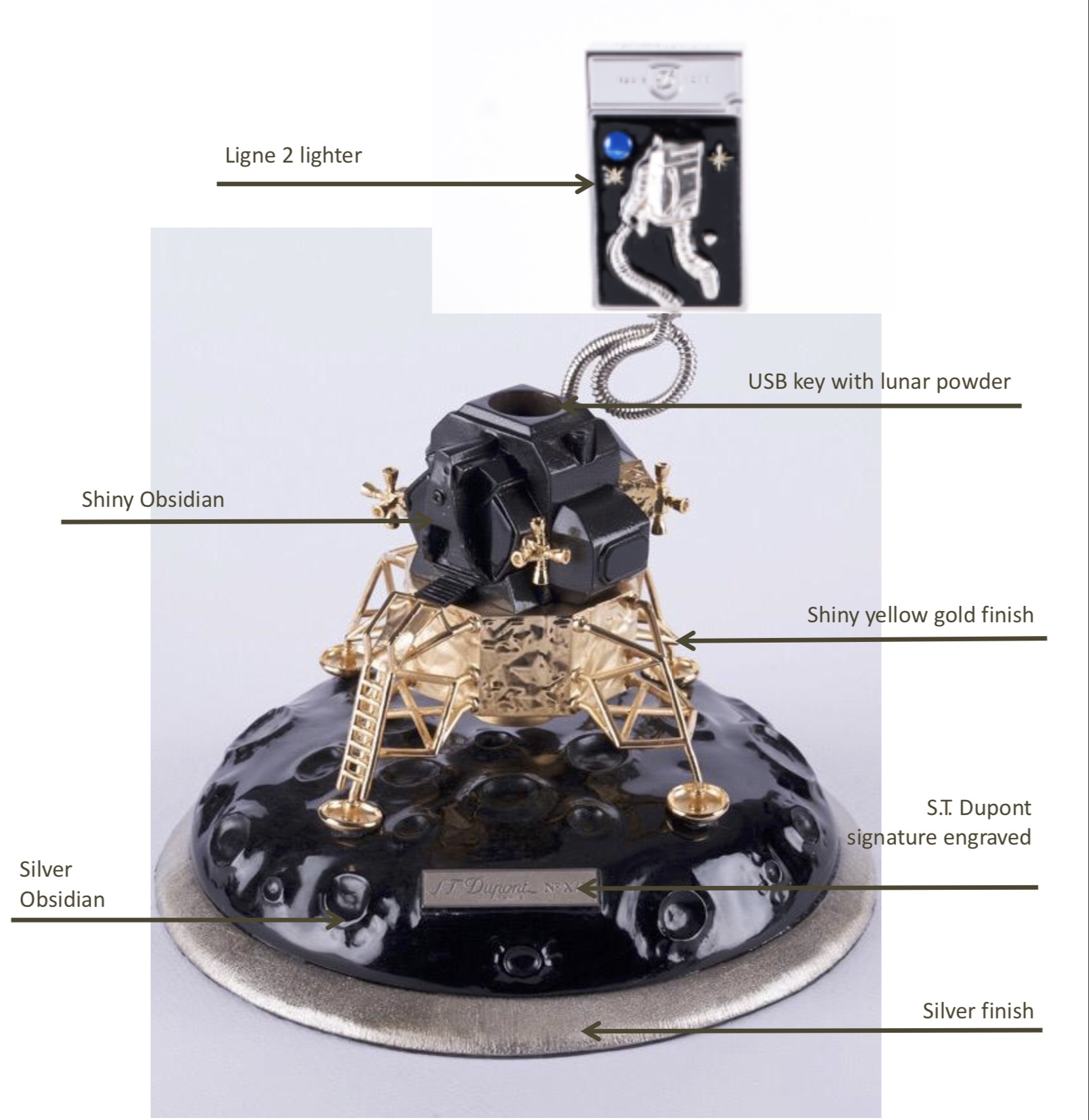 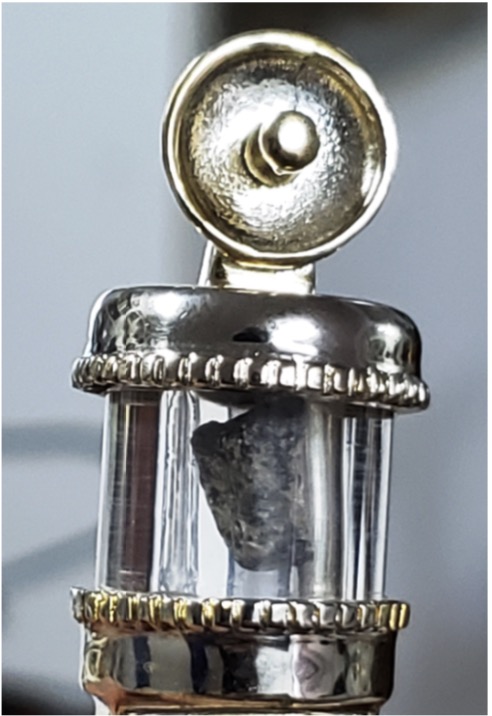 Also included is a piece of a lunar meteorite.

It is limited to eight pieces. 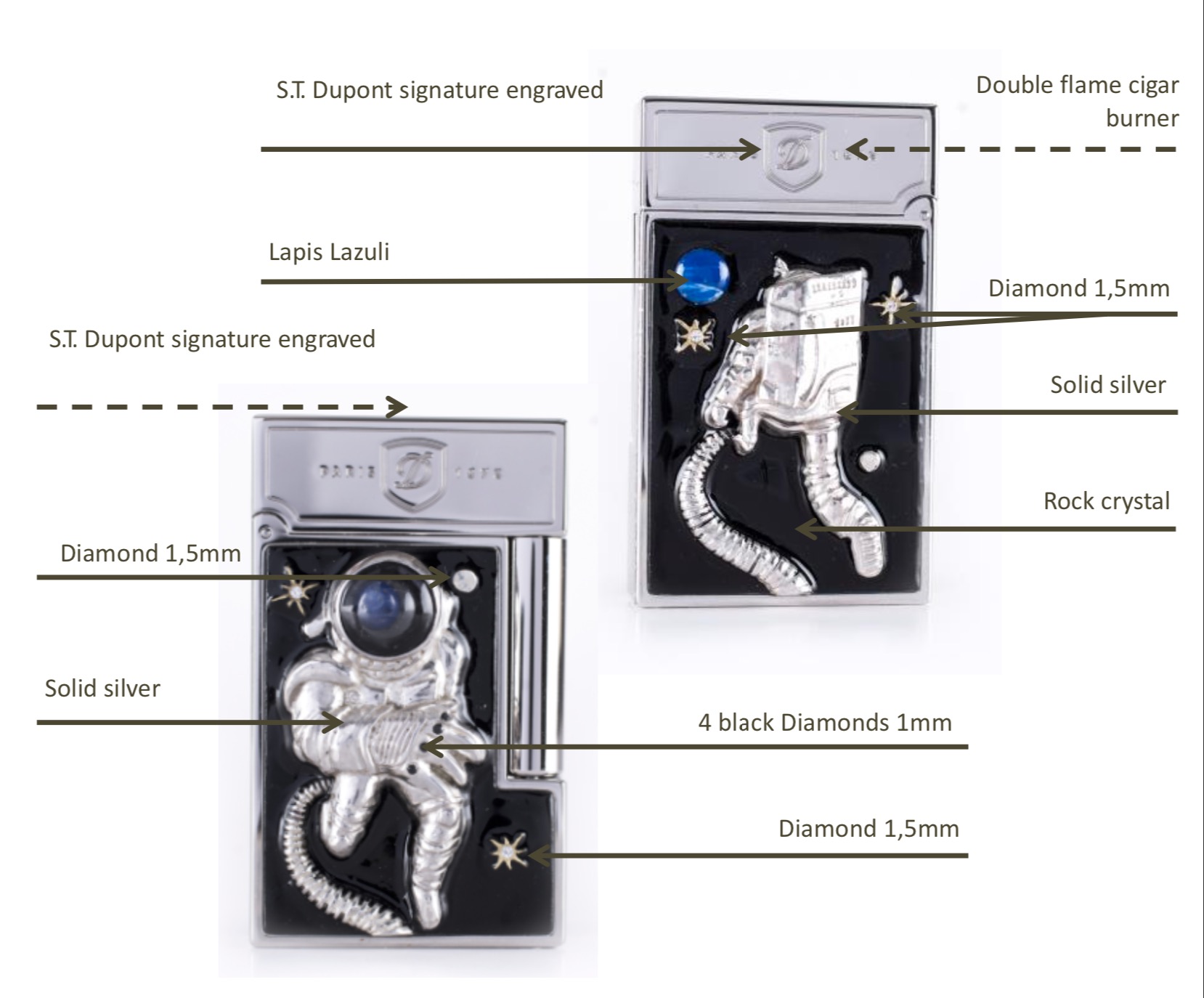 Quispe Aparacio and S.T.Dupont previously collaborated on releases including the Stones of Fortune Series.