For the last few years S.T.Dupont has talked about a new concept that would allow people to track their lighters in case they misplaced it. Now, the first of those lighters has been released in the U.S.

The S.T.Dupont Line 2 007 Connecting Lighter ($2,674) takes the company’s iconic Line 2 lighter and adds an internal Bluetooth module called D-Tag. That connects to the Orbit App, a third-party universal tracking app available on iOS and Android; or S.T.Dupont’s D-Tag app, which is currently only available for Android devices. 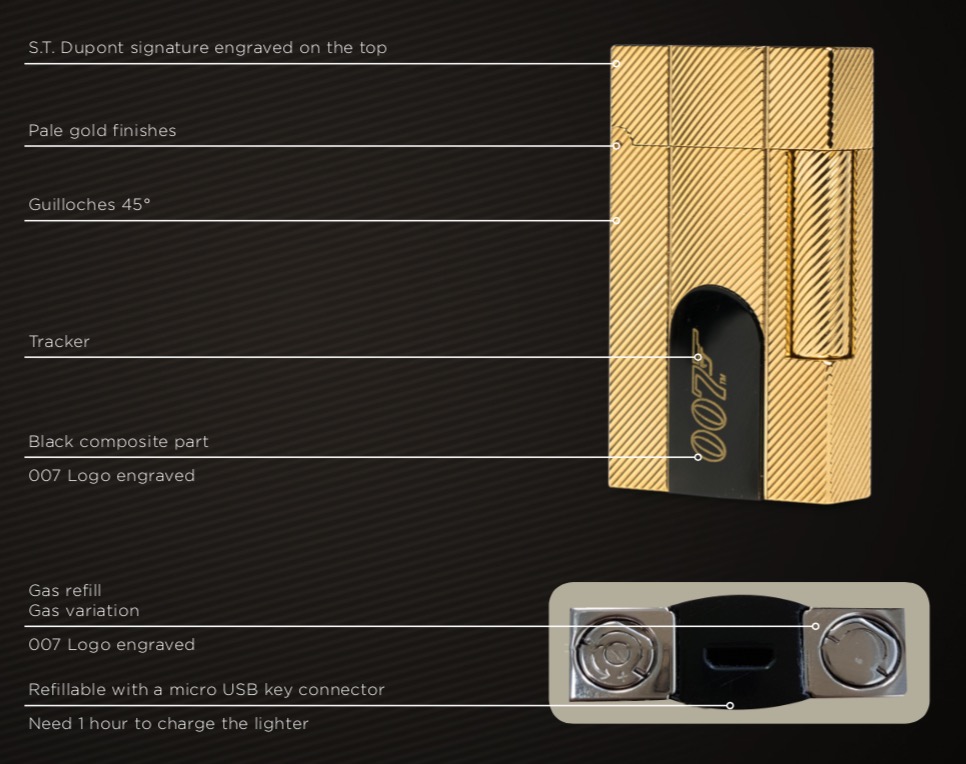 Physically, there are two easy ways to tell the Connecting Lighter apart from a standard Line 2. First, the tracking device is visible on the exterior, in this particular model it has a 007 logo; second, a micro USB port is on the bottom of the device. S.T.Dupont says it takes one hour to charge the tracker and that battery life is 15 days.

The lighter soft-launched last year, though it only became available in the U.S. last month.