The first round Oliva Serie V Melanio for the U.S. market will go on sale tomorrow.

It’s the Oliva Serie V Melanio JR 50th, a 6 x 50 toro that is being made to honor the 50th anniversary of JR Cigar. While a 6 x 50 toro Melanio might not sound special, it is notable that this cigar will be round as opposed to the box-pressed shape most Oliva Serie V Melanios have. It uses an Ecuadorian Sumatra wrapper over a Nicaraguan binder and Nicaraguan fillers.

The Oliva Serie V Melanio JR 50th will have an MSRP of $15 per cigar and will be offered in boxes of 10. JR Cigar says the cigar is limited, though has not disclosed production numbers. 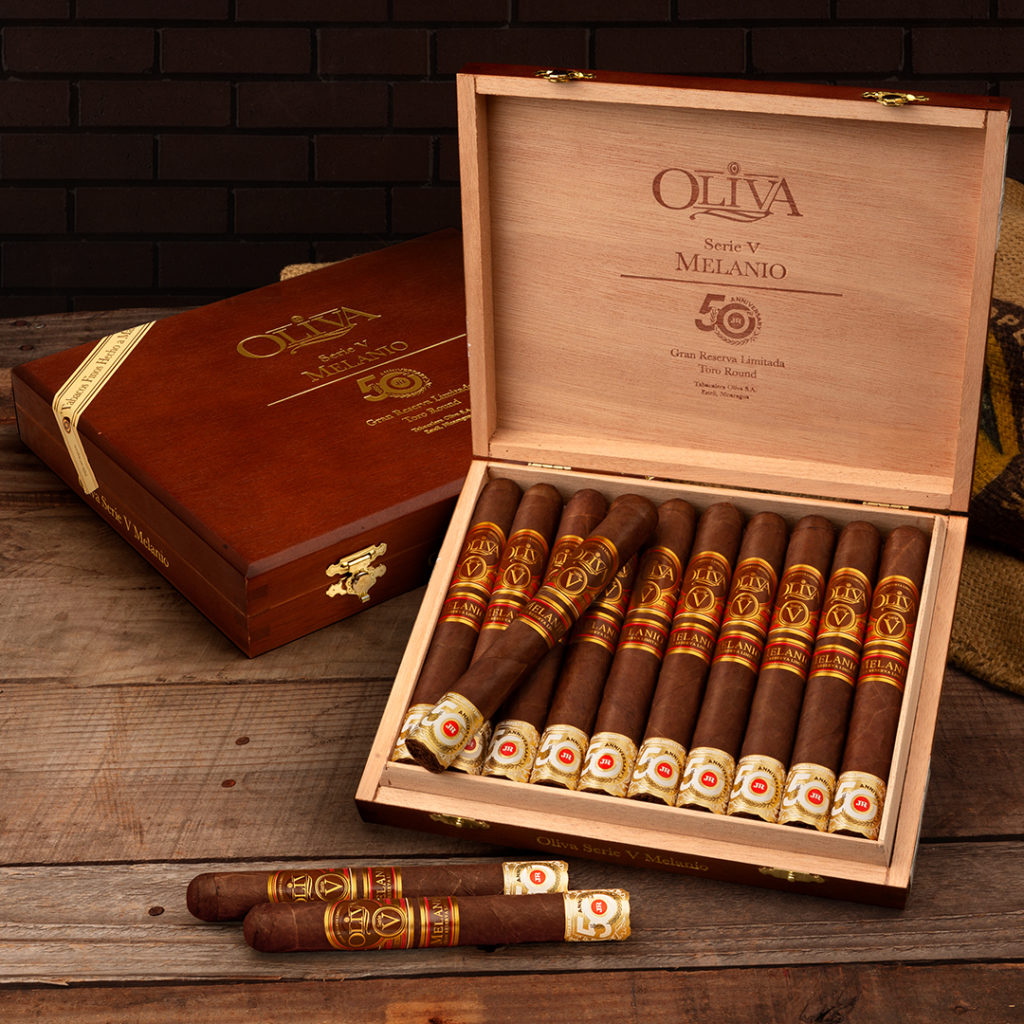 While this is the first time a round Oliva Serie V Melanio has been released in the U.S., it’s far from the first time Oliva has sold a round Melanio. It has released a variety of limited edition, European exclusive Melanios that have been round instead of box-pressed.

“Oliva is honored to be a part of the 50th anniversary celebration of JR Cigar,” said Cory Bappert, ceo of Oliva, in a press release. “We felt it was fitting to do a special size from our most prestigious line to commemorate such a historic occasion.”

The store has released a variety of special cigars and accessories to mark the occasion.